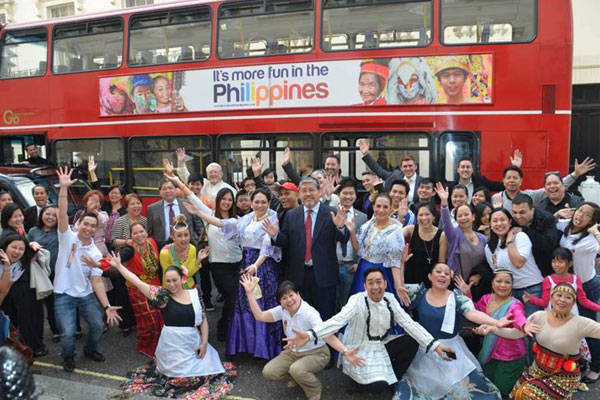 Remember the Department of Tourism's "It's More Fun in the Philippines" slogan? Well, that viral tag line can now be found plastered on exactly 50 black taxicabs and 25 double-decker buses in London, the Department of Foreign Affairs reports.

According to the DFA, Philippine Ambassador to the United Kingdom Enrique Manalo and Philippine Department of Tourism-London chief Rosario Afuang have officially launched the campaign to promote Philippine tourism in the UK, which ranks first in Europe and 10th in the world in terms of tourist arrivals in the country. The DFA says more than 100,000 British tourists visited the Philippines last year, a record high.

The motorcade drove through Oxford Street, apparently the busiest commercial district not just in the UK but in all of Europe. It was complemented by performances of Filipino songs and dances.

"This is just a sample of what you will experience when you visit our country," Ambassador Enrique Manalo told the guests. "A culture of fun, beauty and excitement awaits every visitor. With 7,107 islands, guests are sure to find something that will suit their adventure, and with more than 90 million hosts, you are definitely going to have more fun in the Philippines."

Meanwhile, DOT-London head Rosario Afuang revealed that aside from the popular "More Fun in the Philippines" slogan adorning London taxicabs and buses, it will also appear on "75 panels at some of London's busiest underground stations, including Piccadilly Circus, Covent Garden, Leicester Square, Tottenham Court Road and Oxford Circus."

The DFA says that the advertisements in the UK are "part of synchronized efforts with the Department of Tourism in Manila as it launches a worldwide campaign on CNN International which began on April 30." 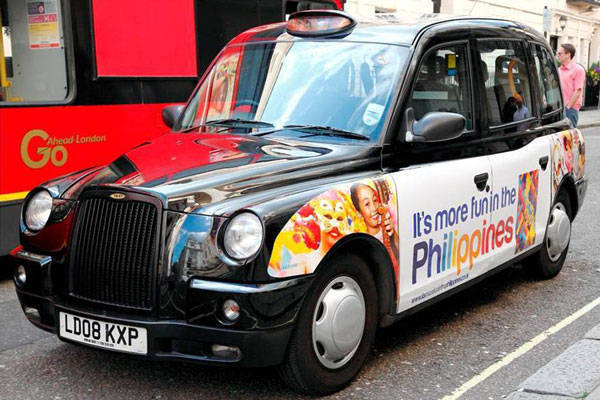 Photos courtesy of the Department of Foreign Affairs