Aggressive product offensive is catapulting Kia to the top 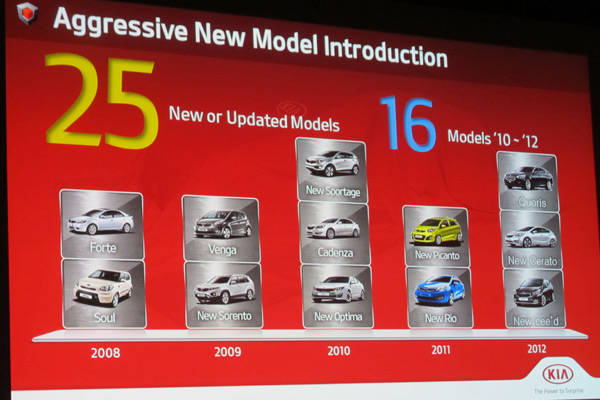 At last week's press event for the all-new Kia Carens in Monaco, the Korean carmaker shared with its media guests a few milestones it has chalked up in recent years, including:

* Cracking the exclusive circle of top 10 automotive brands in the world in terms of sales in 2011, placing eighth with 2.48 million units (apart from sister brand Hyundai, which placed sixth);

* Gaining global brand awareness by sponsoring major sporting events, such as the NBA, the Australian Open and the UEFA; and

Not one to rest on its laurels, Kia is looking to accomplish more. Specifically, it wants 3.5 million units around the world by 2016, the company revealed during the Carens press conference.

How to achieve this?

The plan moving forward? Forty-seven new or updated models from 2013 to 2017, according to the company. This includes all-new models (Carens, Pro_Cee'd, Forte, Soul, Carnival and Sorento) as well as face-lifted ones (Optima, Sportage and Rio). That's a lot of new cars however which way you look at it, proving Kia's serious intent to join the automotive industry's top echelon.

Let's hope these new models will reach our shores as soon as they become available--and that they'll be priced competitively by distributor Columbian Autocar Corporation. 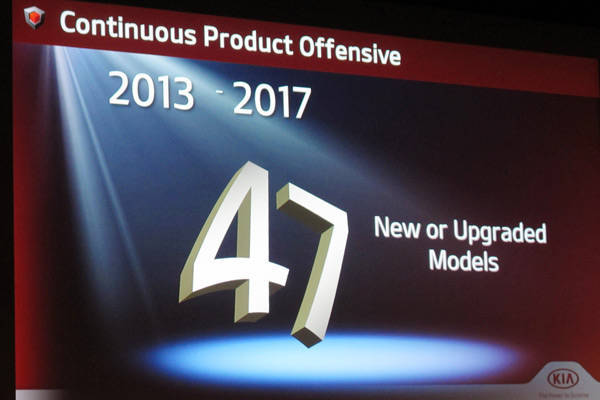 Alpine to participate in 2013 Le Mans, reveals race car
View other articles about:
Recommended Videos
Read the Story →
This article originally appeared on Topgear.com. Minor edits have been made by the TopGear.com.ph editors.
Share:
Retake this Poll
Quiz Results
Share:
Take this Quiz Again
TGP Rating:
/20