With a huge discount at that
Jan 21, 2013
CAR BRANDS IN THIS ARTICLE 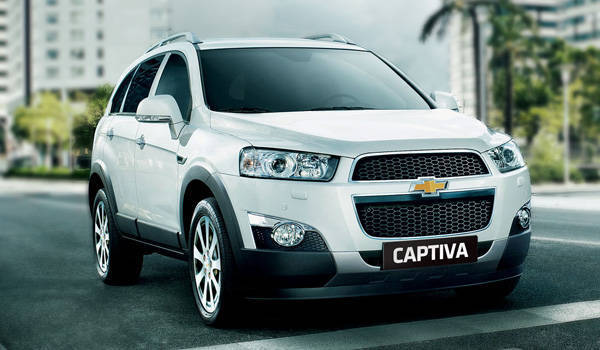 Silently bringing in new models--whether all-new or face-lifted--is becoming a tradition at Chevrolet Philippines. Apparently, the cosmetically revised Captiva has already been available in our market for quite a while now. We know this now because The Covenant Car Company Inc. (the official name of Chevy Philippines) has sent us a press statement saying the 2013 Captiva can now be had "with an incredible discount offer of P140,000 for the 4x2 gasoline and 4x2 diesel variants."

We're deducing that since a discount is being offered, this modified Captiva--which the press release calls "all-new," by the way--must have been sitting on showroom floors since last year. (A quick check with TCCCI's marketing department revealed that this refreshed Captiva was made available locally in July last year.)

For the exterior, among the main features of the 2013 Captiva are, of course, the new open-mouth grille, standard fog lamps and 18-inch alloy wheels. Inside, this SUV seats seven adult passengers, with its third-row seats capable of being folded in a 60:40 split ratio. A total of eight speakers guarantee that audio for the in-car entertainment is impressive, while the newly added cruise control presents the driver with the option to relax during highway cruising.

Chevrolet Philippines adds that, just like its other vehicles, the 2013 Captiva comes with a five-year warranty, three-year free road assistance, and 24/7 Chevy Hotline assistance.