While adding an interesting sound bite
by Dinzo Tabamo | Oct 27, 2014 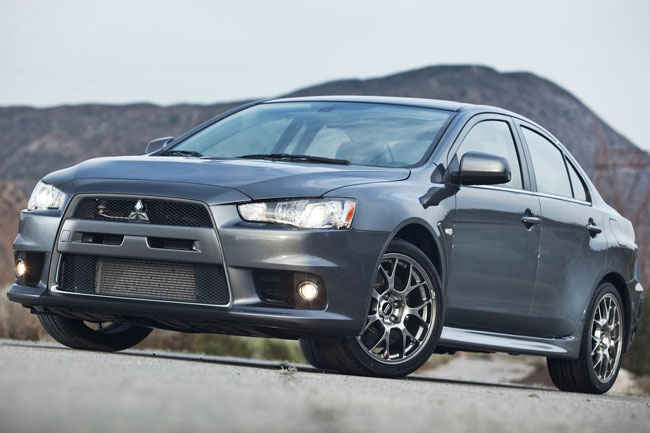 We just came from a memorable drive using the refreshed Mitsubishi ASX last week, and it reminded us of how underrated the Japanese carmaker’s crossover was (stay tuned for our ASX story). One of the interesting aspects of out-of-town events is getting to hang out with industry executives during meals and drinks. And during these social gatherings, we sometimes pick up interesting stories.

And so, over post-dinner rum cokes and potato chips, we found ourselves at a table with one of the Mitsubishi Motors Philippines bosses. While the others were belting out karaoke tunes, we casually asked a friendly manager about his company’s future plans. In these talks, we don’t primarily ask as journalists, but as genuine car guys. But we stumbled across something fascinating.

The topic of Mitsubishi’s halo car--the venerable Lancer Evolution X--came up. Mr. Executive confirmed that the 2015 model (in all likelihood the final production run of the Evo) will be available for sale in official Mitsubishi dealerships nationwide next year.

In the past, the Evos we got were the same as the USDM models. If this holds true again, we should be getting the upgraded trim to be offered next year for this AWD sports sedan. These include a new premium package (leather seating, sunroof, sound-dampening enhancement, and piano-black front console box) for the GSR variant, and a Rockford Fosgate audio system, rain-sensing wipers, auto on/off headlights, and similar sound-deadening upgrades for the MR variant.

However, 2015 Lancer Evolution models can only be purchased by indent order. When we asked why this is so, Mr. Exec admitted there isn’t much demand lately because of the high price. Last time we checked, a Lancer Evo X GSR cost more than P3.2 million, while an Evo X MR cost almost P3.7 million. There was no confirmation if these prices will be retained next year.

Mr. Exec then muttered what was probably the quote of the evening: "Mahal talaga 'pag nagbabayad ng tamang buwis."

There you have it. If you’re an Evo fan who’s been holding out for the right time to buy, 2015 could be your last chance. Don't miss out.