The last word in automotive luxury. Again
by Jason Barlow | Oct 13, 2017
CAR BRANDS IN THIS ARTICLE 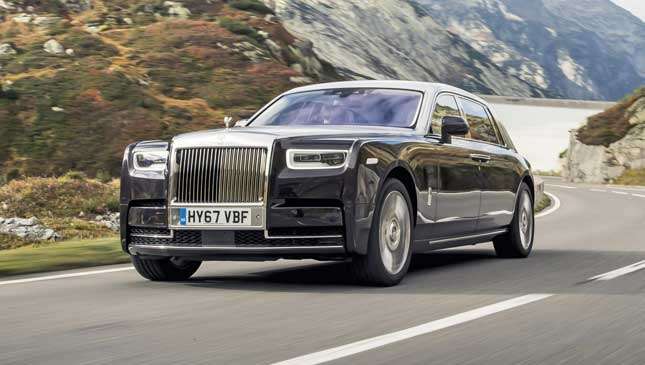 Since the first Phantom appeared in 1925, Rolls-Royce Motor Cars has had its ups and downs. When the current car appeared at the stroke of midnight on January 1, 2003, the company even called it ‘the last great automotive adventure’.

Maybe that should have been penultimate, because we’ve just driven the new car, and as internal combustion most likely won’t be around in another 14 years’ time, this really could be The One.

Rolls-Royce reckons the Phantom is the barometer by which everyone else in the world of expensive luxury goods measures themselves, so the bar isn’t just raised here, it’s bejewelled and platinum-plated. You know when someone claims to be ‘the Rolls-Royce of watches/furniture/granite-kitchen-worktops’? Well, this is the Rolls-Royce of Rolls-Royces. 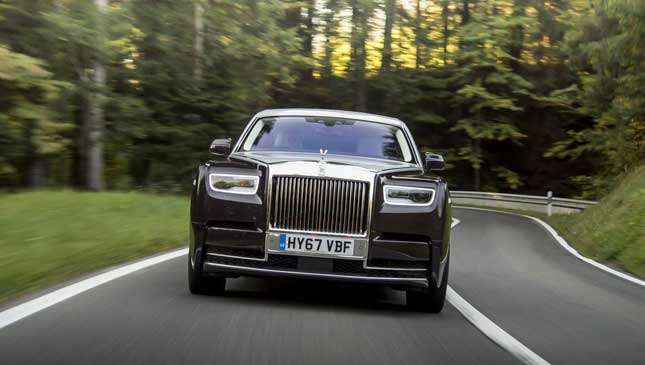 They sure took their time. Worth the wait?

Like the Range Rover, that other fabulous four-wheeled luxury totem, it would be unseemly to replace the Phantom every seven years. And uneconomic. So climbing behind the wheel of the all-new car—and it is a bit of a climb—is a special moment indeed.

The dashboard has been ingeniously reconfigured as an art gallery, the structure itself has the implacability of Mount Rushmore or the pyramids of Giza, and of course there’s Eleanor, the Spirit of Ecstasy, pointing the way forward from the prow of the longest hood in the business. More than ever, taking the helm of the Phantom is palpably not like driving other cars. It’s like flying without actually getting airborne. 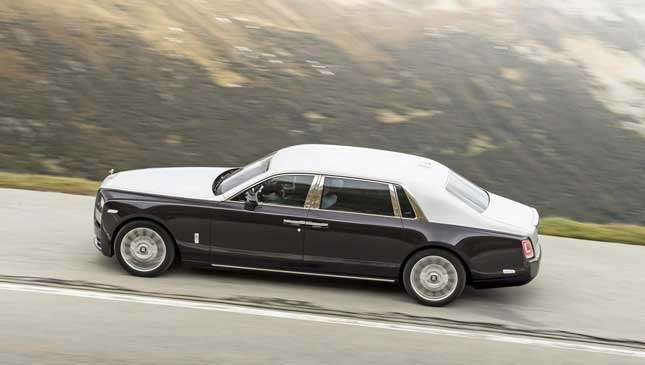 Its size sounds a bit intimidating…

It is, to begin with at least, and as ever it’s a while before you feel totally confident about positioning the behemoth on the road. But some interesting things have gone on here. Many owners—patrons, as Rolls rather loftily describes them—actually like to drive themselves, so there’s a renewed emphasis on attributes you might not associate with a car as big and luxurious as this.

Feedback, for example. The old one didn’t really do so much of that, preferring to keep you at arm’s length from the ghastliness of the real world, its crumbling roads, and failing political ideologies. This one is still highly diplomatic, but in addition to the fabled magic carpet ride, there’s more dialogue.

The wheel is a tad thicker than before, and there’s fully electric power steering, but the mode of operation remains the same for the chauffeurs among you: Slide the delicate little column stalk into ‘D’, apply the merest suggestion of pressure to the throttle pedal, and ease away in such a manner as not to rustle the copy of Pork Belly Futures Digest that’s being mulled over in the rear compartment. Otherwise you’ll be mulling over your taxes. 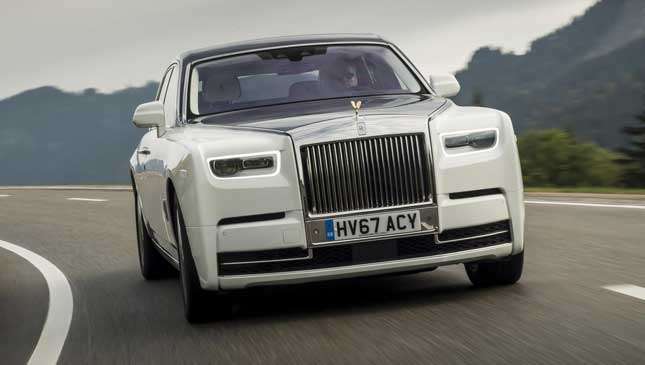 Does the Phantom, ahem, handle?

Actually, it does, or more accurately it can, should you elect to lean on it. But even with a (heavily revised) version of Rolls’s 6.6-liter twin-turbo V12—it’s 6.75 liters in capacity here, and makes 563hp—it feels inappropriate to trouble the power reserve gauge any more than is strictly necessary (no rev counter in here, of course). Which, given that you’re surfing along on a huge wave of torque, 900Nm from 1,700rpm, is mostly never.

The essence of a Rolls-Royce is a driving—traveling—experience that is beyond even that summoned up by the plushest Mercedes S-Class or BMW 7-Series. You don’t notice things as humdrum as gearchanges (the Phantom uses ZF’s silken eight-speed transmission), and you only notice really awful road surfaces. If you’re in the back, you don’t notice much at all. Which is the point: In a Phantom, silence isn’t just golden, it’s omnipresent. 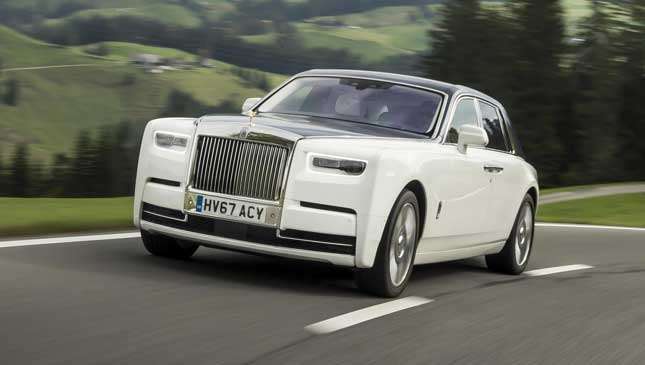 Give us the engineering highlights, please.

Rolls says the new spaceframe structure is 30% more rigid than the previous model, a figure that rises significantly in key areas such as suspension and gearbox. This new structure, coincidentally, offers sufficient flexibility to underpin the next wave of Rolls product.

The chassis gets an all-new suspension setup, with a double wishbone configuration on the front, a five-link axle at the rear, adaptive dampers, and active anti-roll bars. It’s also the latest car to benefit from four-wheel steering, whose three degrees of counter-steer help shrink the car’s heft at higher speeds, as well as improving low-speed agility. The Phant’s air springs feature bigger chambers than on any previous Rolls, and the tires are specially developed Continentals whose structure incorporates 2kg of sound absorbent material. 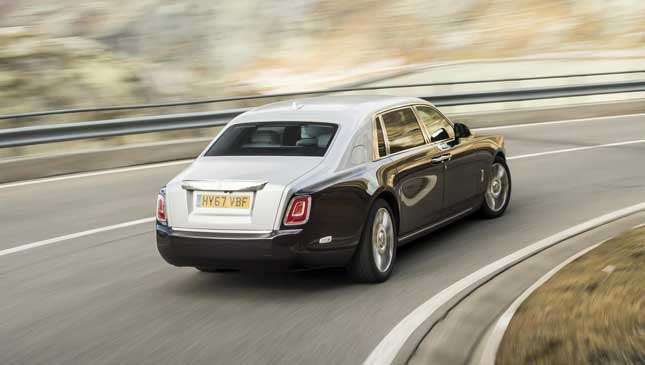 The list is long. There’s 6mm-thick, dual-layer double glazing windows all-round. The body-in-white features the largest-ever cast aluminum joints to enhance sound insulation, and overall the Phantom carries more than 130kg of sound-deadening material. There’s double skin alloy within the floor and on the front bulkhead, into which a foam and felt layer is squeezed. There’s more insulating material in the headliner, doors, and trunk cavity.

All of this contributes to the car’s 2,560kg curb weight (2,610kg if you go for the long one, which adds 220mm to the wheelbase), but that’s surely an irrelevance. As well as monitoring body and wheel acceleration and steering inputs, a stereo camera mounted in the windscreen reads the road ahead to effectively erase surface unpleasantness before it’s allowed to upset the occupants’ Dom Perignon. The new Phantom also features so many assistance systems that the heart of its electronic architecture is the single largest component produced by the BMW Group. 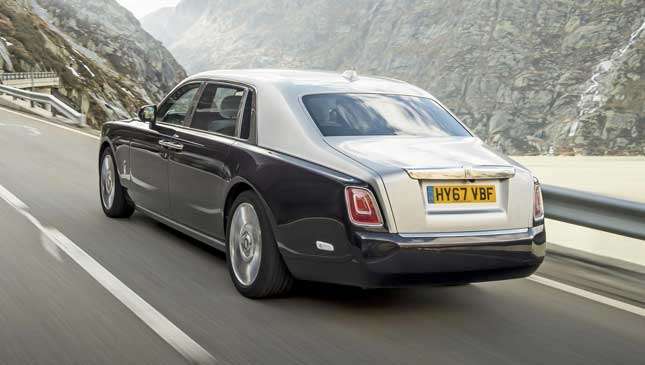 And inside? Is it all a bit…too much?

It’s certainly opulent. The doors close themselves, and Rolls talks about creating a ‘detoxifying environment’. Everywhere you look there’s some detail magic. The design of the door-rests was inspired by J-class yacht, and the rear seats are slightly angled so you can talk without straining your neck. Push a button in the C-pillar and lushly carpeted Ottomans motor out to meet your feet. The rear occupants get to enjoy what Rolls calls the ‘embrace’.

You don’t sit in this car, you get absorbed into it, and needless to say the options list is a vast and intimidating thing in itself. Every item of switchgear is made of metal. As well as heated seats, there’s heating for the front door armrests, lower C-pillar and rear side armrests.

Nothing as unseemly as a touchscreen is allowed in here, either; the rotary controller remains. Climate control is still done by red and blue-labelled ‘wheels’. It feels wonderful, and serves as a reminder that the tech arms race that’s redefining car ‘connectivity’ often leads the end user up a blind alley. Many Rolls owners are passionate art collectors, and Rolls has actually managed to turn the Phantom’s dash into a gallery space: An expanse of toughened glass runs the full width of the dashboard. You can put whatever you want in there. 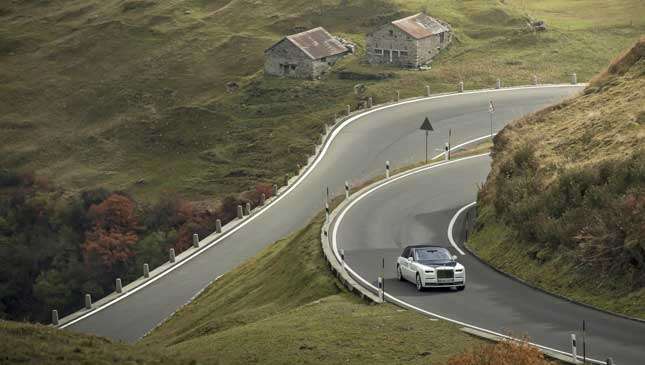 The Phantom ‘experience’ is as much about the tactility of the door handles as it is how effortlessly this thing moves. And, of course, how it looks as it scythes through lesser traffic. It’s only when you follow another one that you grasp what a uniquely fabulous looking machine this car really is.

Design director Giles Taylor is a meticulous operator, and from the reimagined Parthenon grille to the tighter, faster rear end—whose surfaces benefit from superforming to achieve perfect radii—this is an awesome motor car to behold. Or better still, to travel in. As expensive as it is (from, gulp, £360,000 [P24.4 million]) there’s entertainment for everyone here. 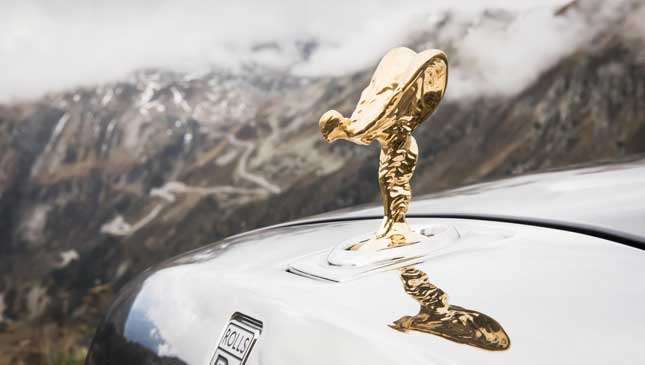 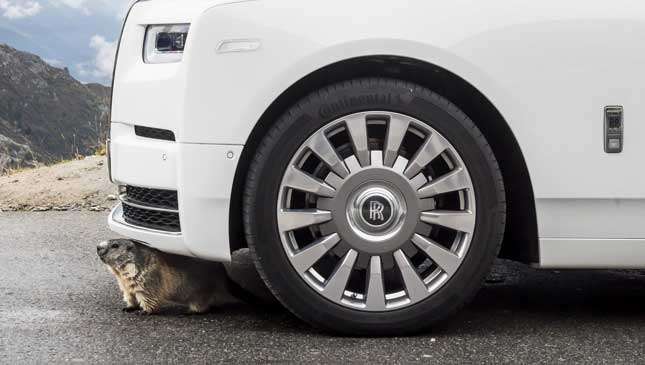 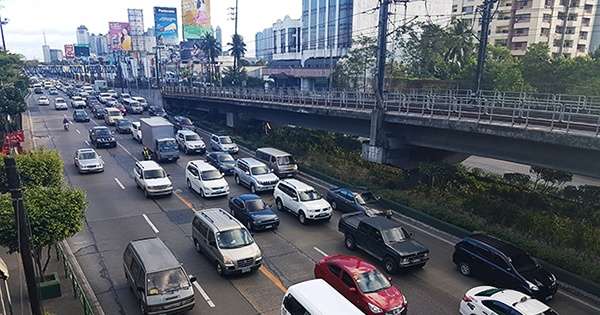 Motorists will want to avoid these areas this coming Sunday
View other articles about:
Read the Story →
This article originally appeared on Topgear.com. Minor edits have been made by the TopGear.com.ph editors.
Share:
Retake this Poll
Quiz Results
Share:
Take this Quiz Again
TGP Rating:
/20