More luxurious than ever
Sep 1, 2014
CAR BRANDS IN THIS ARTICLE 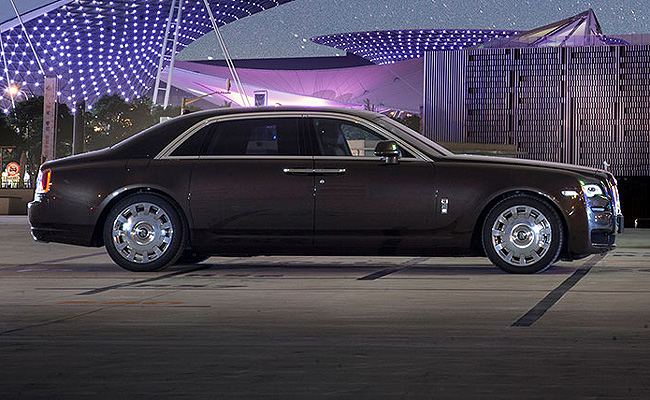 China is now indeed the world's biggest car market, perhaps even for luxury carmakers, what with Rolls-Royce debuting its Ghost Series II in the country at the ongoing Chengdu Motor Show. The Ghost Series II had made its public debut at the 2014 Geneva Motor Show.

A subtle redesign of the Ghost, the Ghost Series II has re-sculpted LED headlights that are encircled by daytime running lights to give these a more dynamic visual signature, and "blend perfectly with revised surface treatments to the front of the car." A tapered wake channel on the hood that emanates from the Spirit of Ecstasy supposedly evokes a jet's vapor trail or the wake of a fast luxury yacht, hinting at the car's dynamism. Even the Ghost II's bumpers have been reshaped to enhance the car's stance and give it an added sense of width and height. Also, chrome inserts for the front air intakes aid in the cooling of the front brakes.

Inside, the availability of on-board Wi-Fi makes the Ghost Series II "the most connected, luxurious place in which to conduct business on the move." The car also features a satellite-aided transmission, which debuted in the Wraith last year, to amplify the car's dynamism and ensure that it automatically adapts to its surroundings and augment the drive experience.

"The Rolls-Royce Ghost Series II is the ultimate entrepreneur’s business tool," said Rolls-Royce regional director for Mainland China Henrik Wilhemsmeyer. "Following the worldwide success of its predecessor, I am confident that this redesigned and updated model will continue to attract increasing numbers of new customers to the marque, in particular business entrepreneurs seeking an oasis of calm in a frenetic business world."

Ah, the demanding tastes of the obscenely wealthy...