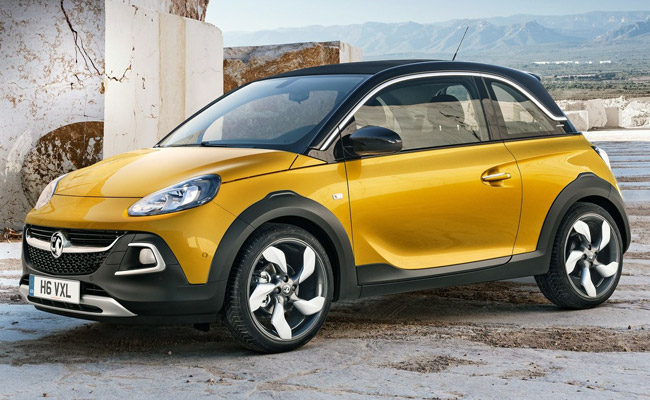 If you hear about a car named "Adam Rocks," surely you'd think it's one awesome-looking automobile, right? Well, here it is, the Vauxhall Adam Rocks, which is a small crossover vehicle based on the Opel Adam city car. Vauxhall, as you probably know, is a British car brand owned by Germany's Opel (which, in turn, is owned by General Motors).

The Adam Rocks will be displayed at the upcoming 2014 Geneva International Motor Show. It will go on sale this year, with production set to start in Eisenach, Germany, in August.

Compared with the regular Adam models, the Adam Rocks is naturally taller (by 15mm) and has a wider stance. Vauxhall says parkour athletes were the inspiration for the sporty crossover body.

"The Adam Rocks combines the toughness of a crossover with the coolness of open-air driving," Vauxhaull car line head Stuart Harris said. "It's the perfect Adam for active drivers wanting to stand out from the crowd."

Under this crossover's hood is a new, all-aluminum 1.0-liter Ecotec three-cylinder turbo engine that produces 113hp and 166Nm. A more modest version of this engine can also be had with less power (89hp). Both versions of the compact motor are mated to an all-new six-speed manual transmission.

The Adam Rocks features an electric folding canvas roof that makes open-air motoring possible. This retractable roof, which is operated with a button, is said to be "acoustically tuned for noise insulation inside the cabin." It is made of a three-layer fabric that boasts a neoprene center for weatherproofing purposes. The folding roof is available in Black, Sweet Coffee or Light Oak.

Would this car appeal to our market? 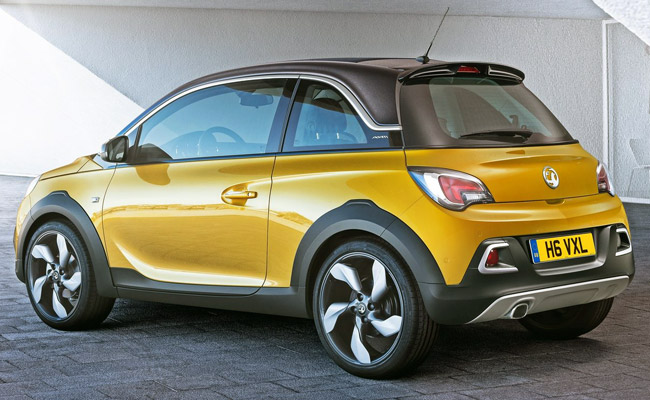