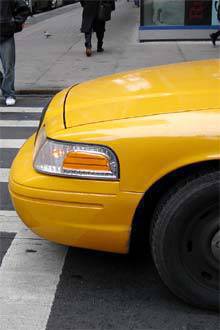 Authorities are now after a taxi driver who allowed his four children to ride in the open trunk of his vehicle.

The taxi was reportedly driven by Rogelio Gayundato, who was then taking his kids to school.

Another police officer, Dante Fabro, cited that the taxi driver risked his children's lives as the trunk could close anytime and crush the kids.

During the hunt, the police found Gayundato's wife, who said that the children were the ones who chose to sit inside the open trunk.

Do you think this amount is enough to make sure other parents or drivers do not put their children at risk this way again?

To view the video on the overloaded taxi, click here.

Bigger Bangkok International Motor Show to open in March
View other articles about:
Recommended Videos
Read the Story →
This article originally appeared on Topgear.com. Minor edits have been made by the TopGear.com.ph editors.
Share:
Retake this Poll
Quiz Results
Share:
Take this Quiz Again
TGP Rating:
/20