Concept One to hold three-leg Race of Champions series 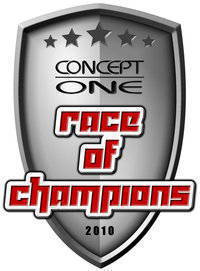 The past and future legends in the Philippine motorsports scene will compete against each other on the track as Concept One mounts the first leg of the Race of Champions series on October 3 at the Batangas Racing Circuit.

Organized by popular aftermarket wheel importer Concept One and held in cooperation with the Philippine Touring Car Championships and the Automobile Association of the Philippines, the race will see competitors going up against each other through time-attack runs using one of the three official cars: a Subaru Impreza, a Chevrolet Cruze and a Mini Cooper.

Those who want to see the latest in car protection can check out Foil-a-Car Manila’s scratch-proof technology on the official Race of Champions vehicles.

Shutterbugs are also in for a treat as Fujifilm will be sponsoring a photo contest during the Race of Champions series.

The November 21 leg of the Race of Champions series will also be held at the Batangas Racing Circuit, while the final leg is scheduled for December 12 at the Clark International Speedway.

Honda Cars Philippines opens showroom in Rizal
View other articles about:
Read the Story →
This article originally appeared on Topgear.com. Minor edits have been made by the TopGear.com.ph editors.
Share:
Retake this Poll
Quiz Results
Share:
Take this Quiz Again
TGP Rating:
/20