Our source is more than just a little birdie
by Anna Barbara L. Lorenzo | Sep 15, 2010
CAR BRANDS IN THIS ARTICLE 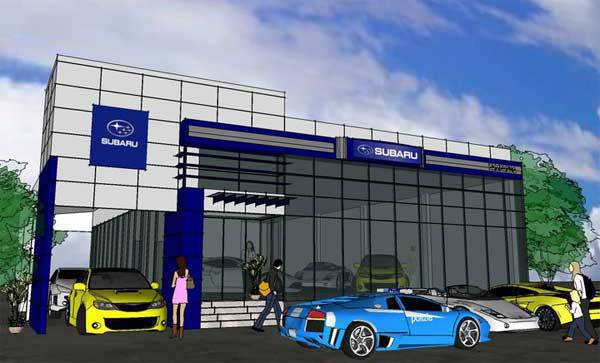 Photos of what looks like the design of a Subaru showroom to be erected in Pampanga have made it to Facebook and they don’t look like they’re just whimsical sketches by some fan boy of the Japanese carmaker.

One of the photos comes with the caption saying the Subaru showroom in Pampanga will be located at MacArthur Highway, Dolores in San Fernando City.

What makes this more than just a speculation is a comment on one of the photos from a Subaru executive that says the design was approved “a few hours ago.” The comment was posted on September 8.

With a little probing, we learned that the showroom design was made by Normandy Canlas of Normandy Architects, Inc.

If plans push through, Subaru Pampanga will be the third Subaru dealership to open in the country. Subaru has a showroom in EDSA-Greenhills and in Cebu.

Subaru will be joining the ranks of Toyota, Mitsubishi, Nissan and BMW in opening dealerships in Pampanga to reach the Central and Northern Luzon markets.

So, Pampanga, are you ready for a symmetrical all-wheel-drive experience?

Chevrolet reveals refreshed Captiva
View other articles about:
Read the Story →
This article originally appeared on Topgear.com. Minor edits have been made by the TopGear.com.ph editors.
Share:
Retake this Poll
Quiz Results
Share:
Take this Quiz Again
TGP Rating:
/20