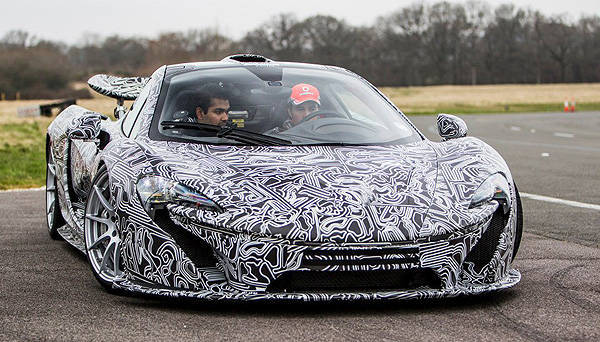 McLaren seems to be making good use of its new driver Sergio Perez. Not too long after Perez was acquired from Sauber F1, the Mexican driver has been doing a lot of public relations work for the British team, the most recent of which was to attend the Geneva Motor Show to assist in the unveiling of the production-ready McLaren P1 hypercar.

Now that the P1 has been unveiled, McLaren has released a video of Perez driving the car around the Top Gear track, which is located roughly 50km south of the McLaren Technology Center.

Though no figures were given on the P1's performance around the track with Perez at the wheel, he did share his experience about what it was like to drive the car, comparing its acceleration and stopping prowess to those of a Formula 1 car.

"It's really incredible, and as a Formula 1 driver, I can tell you that it's amazing," added Perez. "It's been a really great experience for me."

Do you think the McLaren P1 stands a chance at toppling the Pagani Huayra off the top of the Top Gear Power Lap Times?