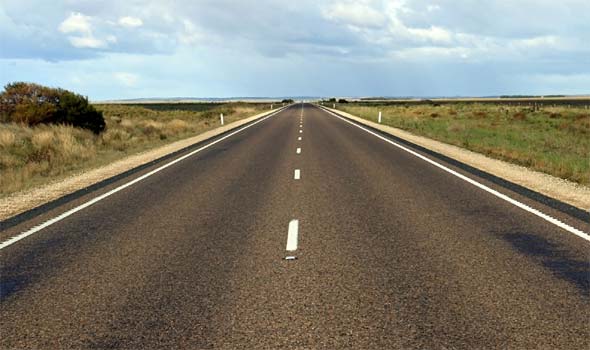 The Philippine government has committed that all national roads and secondary roads will be paved by 2014 and 2016, respectively.

You must be thinking "Really?" or "Yeah, right!" or even "Where the hell will you get the money when we know everything's being pocketed by our very trustworthy politicians?"

Well, it looks like there's still some cash left for infrastructure as the Department of Budget and Management (DBM) has just released P1.42 billion for preventive maintenance of national roads and installation of road safety devices.

"These infrastructure projects sustain the on-going economic development efforts of the Aquino administration to bring direct, immediate and substantial benefits to the citizens," Florencio B. Abad, Budget and Management secretary, said in a statement.

Of the total amount released by the DBM, P1.33 billion will go to 152 preventive maintenance projects covering 141.26 kilometers of national roads. Road-safety projects will eat up the remaining P85 million.

"For 2012, the priorities and targets of DPWH include the preservation of road assets, decongest traffic in Metro Manila and other urban areas, support infrastructure for tourism destinations, access roads to airports, and flood control and convergence program with the National Irrigation Agency and Department of Agriculture," the government statement said. "Other priority activities of DPWH for next year are the completion of the ongoing or unfinished projects, which will be generally given preference over new projects, strengthening or upgrading of national bridges and replacement of temporary bridges into permanent ones."

Check out the tables below for a more precise breakdown of where our taxes go.

Honda Odyssey now available at Honda Cars Kalookan
View other articles about:
Read the Story →
This article originally appeared on Topgear.com. Minor edits have been made by the TopGear.com.ph editors.
Share:
Retake this Poll
Quiz Results
Share:
Take this Quiz Again
TGP Rating:
/20