Honda gets a boost with 2009 City sales

True to its aim of "changing the rules" in subcompact driving
Jul 28, 2009 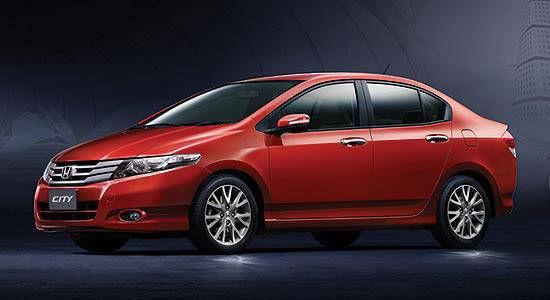 The third generation Honda City has succeeded in making a lasting impression in the local market with its fresh looks and features, evident with the number of subcompact units sold by the Japanese carmaker in the country.

"With City sales averaging to 3,400 units per year, the 4,000-unit sales mark just for the first half of this year indicated a new milestone for the City," Honda said.

The City accounted for 51 percent of Honda's total sales from January to June.

The new Honda City was unveiled in January and Honda Cars Philippines president Hiroshi Shimizu said as much as 1,500 units were sold within seven weeks of the launch.

The 2009 Honda City is promoted with the tagline "Change the rules" as it intends to alter the way people see entry-level subcompact cars with the array of features it packs. These include the bigger cabin with improved leg and headroom for comfort; the Flex Audio System for various portable media players like the iPod, MP3 and any USB memory device; and the Anti-lock Braking System, the Electronic Brake Force Distribution with Brake Assist and the dual SRS airbags (except for the 1.3A variant) for safety.

Honda also improved the 2009 City's design to give it a sharper look.

"The Honda City has a masculine and dynamic look that acquired inspiration from an ‘arrowshot' design. The sharp front mask is formed by a continuous design motif running from grille to headlights. The exterior of the City reflects a tense look and dynamic energy of a drawn bow ready to fire. The higher belt line promises a roomier interior. The City's aerodynamic curves tell of structural design that does not cut into the space, comfort, or luxury of the interior," Honda said.