Honda recently marked a milestone for selling 300,000 hybrid vehicles since 1999.

The Insight, which was launched in Japan in 1999, is also available in Europe. After the introduction of the Civic hybrid in Japan in 2001, it was brought to North America, Europe, and some parts of Asia. The Accord is available only in North America.

Honda is the first car manufacturer to offer three hybrid vehicles for sale at one time.

While the Toyota Prius may be the media darling of hybrid vehicles these days, Honda is optimistic about the sale of its hybrid vehicles with the unveiling of the all-new Insight outside Japan. The latest Insight will be available in Europe next month and in North America by April.

From the first-generation’s subcompact, two-seater hatchback form, the new Insight has grown into a Five-door compact hatchback.

Aside from its hybrid system, Honda’s interior trim also works on its favor as it is simpler and more “traditional” in design compared with the NASA-like hardware of the Prius. This design brings down the Insight’s price to a more affordable level – an attractive offer in today’s economically trying times.

To further enhance its hybrid line-up, the Honda plans to sell a sporty hybrid based on its CR-Z concept design by 2010. 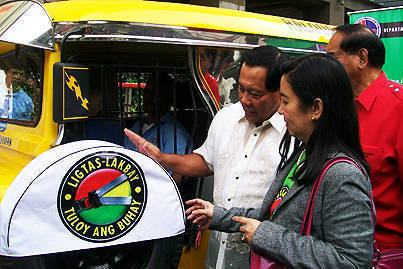 Govt launches road safety campaign
View other articles about:
Read the Story →
This article originally appeared on Topgear.com. Minor edits have been made by the TopGear.com.ph editors.
Share:
Retake this Poll
Quiz Results
Share:
Take this Quiz Again
TGP Rating:
/20