A look at the top motoring trends of 2016 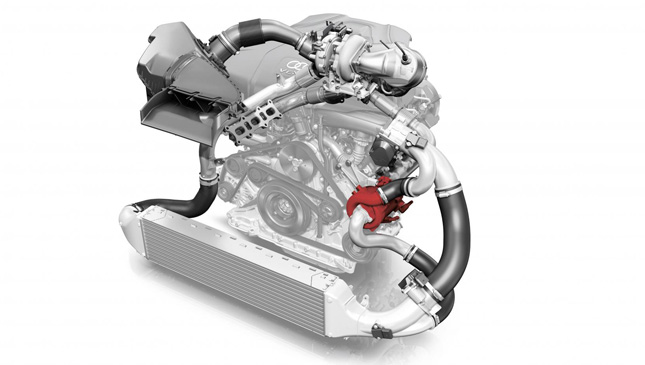 1) Electric turbochargers - There’s been lots of talk about electric turbocharging, especially from Audi, but 2016 was the year that they actually started to sound real. Essentially, it’s exactly what it says on the tin—an electrically-driven turbocharger that doesn’t rely on exhaust gases to spool up, negating lag (ramp up times are in the 250-millisecond range) and improving efficiency.

They can work independently or in the dead zone between demand and boost pressure (handing off to a more traditional turbo further up the rev range, a bit like the multi-sized double and triple-charging used by some manufacturers), though the bigger ones require hefty 48v electrical systems to work properly. Interestingly, because the blower doesn’t actually require exhaust gas to get itself going, it’s technically a supercharger rather than a turbo. Expect this tech to go into production cars in 2017. 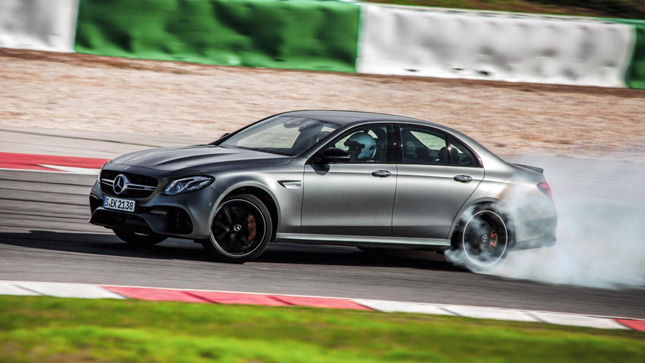 2) More downsizing - It’s long been a trend in the automotive industry to opt for smaller—usually forced induction—engines, but we’ve seen a steady stream of mini-motors in relatively large cars in 2016. Sub-1.0-liter turbo triples are now common, 1.5-liter four-cylinder diesels are occupying the sector of the market previously dominated by 2.0-liters, and there are large cars running much smaller engines than you first assume.

It’s not just practical cars, either. Mercedes-AMG has shrunk the C63 motor from a massive naturally-aspirated 6.2-liter to the 4.0-liter biturbo, and the same motor does duty in the increasingly bonkers AMG GT, running all the way to 577hp, as well as the E63 (above)—which now produces over 600hp. Ford has also dropped the V8s from the Raptor and the GT in favor of a 3.5-liter V6 biturbo EcoBoost—albeit with both more power and greater fuel economy...so it’s not necessarily a bad thing. They might not be big, but they are clever. 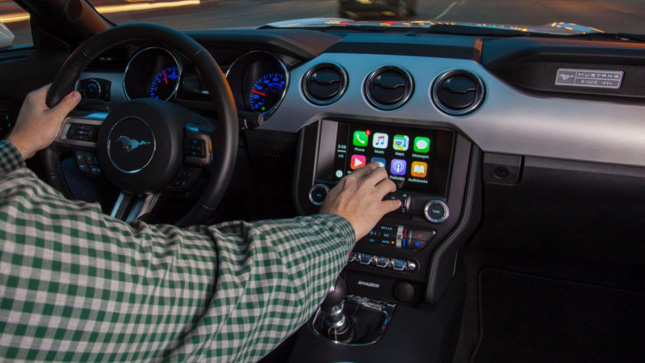 3) External software - 2016 has been the year that we’ve finally seen the proper OEM integration of Apple CarPlay (above) and Android Auto systems—something that’s been touted for a while. With a car manufacturer’s long product cycles (compared to personal tech), the idea that you can now run apps from your phone in your car makes lots of sense.

Volvo, Porsche, Ford, VW, and pretty much everyone else now offer smartphone integration from these systems, allowing music streaming and most of the functionality you expect from your phone. Are the days of manufacturer-option, non-updateable satnavs doomed? 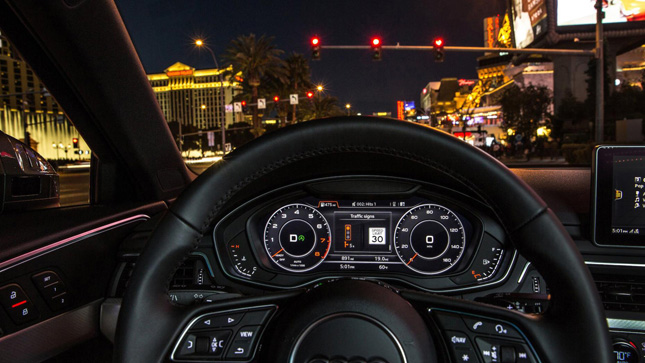 4) Connectivity and networking - With the rise of autonomy and processing power, real-time data gathering has become a massive resource. Now that cars are recording what they do and where they go, it allows for much more connectivity between the various nodes on the network. Thus, travel apps like Waze use user-generated real-time content to provide the most efficient routes, and cars can interrogate each other on conditions, traffic and emergencies.

Audi is even trialing V2I (vehicle-to-infrastructure) connectivity in Las Vegas with it’s TLI (traffic light information, above). Cars fitted with the system have indicators that count down to the next green light—meaning drivers aren’t surprised by the change and can throttle back if the next green is a while away. The system also optimizes the phasing of the traffic lights in real-time, leading to potential fuel savings across the board by 15%. Not to mention possible 3am city drives where all the lights magically turn green in front of you. 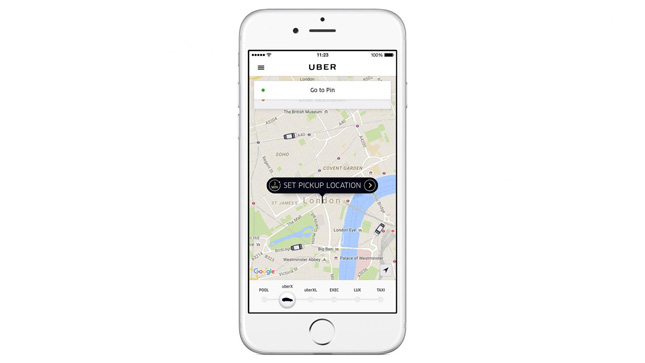 5) Sharing - The success of app-based services like Uber and Grab have shown that car-sharing schemes are proving more popular than ever. There’s even talk of peer-to-peer location-based ride-sharing applications installed directly into infotainment systems, and growth of the car-sharing sector by 25% in the next decade. A generation of car owners are now turning into ‘users’ as the traditional model of car ownership starts to be eroded. Do we need to start a petition? 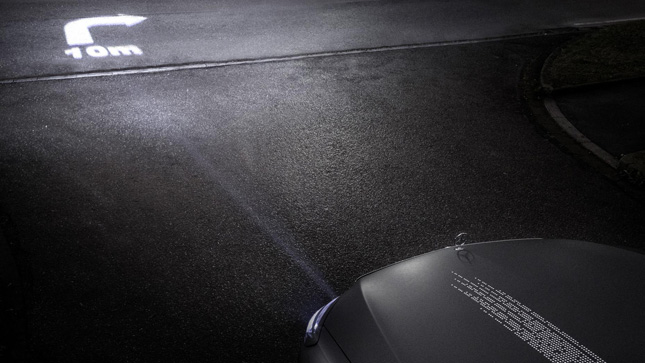 6) Let there be light - Matrix LED, OLED swarm lights, laser lights, lights that project shapes and images: 2016 has been the year of creative illumination. And it’s not just daylight power or lights that turn in the direction of travel, either—matrix LEDs break the light beam down into pixels that can be controlled very precisely, illuminating exactly what the driver needs to concentrate on, from roadsigns to roadworks, or simply prevent searing the retinas of oncoming road users.

OLED swarm lighting is being tested, which consists of tiny lights applied in a special coating to a car’s body, so when a car turns left or right they flicker in the direction of travel, or pulse at varying speeds when the car brakes. Which all sounds a bit disco. Of less sci-fi use is a new style of laser-based foglamp that projects a red line 30m behind the car onto the road, signifying safe distance. It also refracts off the water droplets in fog, giving a decent idea of where the car in front actually is to the car behind. 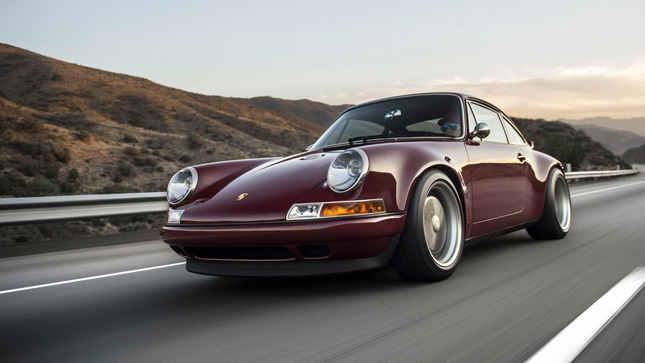 7) Backdating 911s - When retro is fashionable, it leads to the inevitable phenomenon of backdating—making a newer-spec car look like a characterful pensioner by fitting old-style parts. And 2016 has seen quite a bit of it in the Porsche world. Obviously aping the high-spec resto mods from the likes of Singer (above) and Tuthill Porsche, older 911s have been relentlessly backdated. Admittedly it probably helps that the 911 has a relatively unchanged shape in the first place, but soon it’ll be impossible to tell how old a 911 really is. 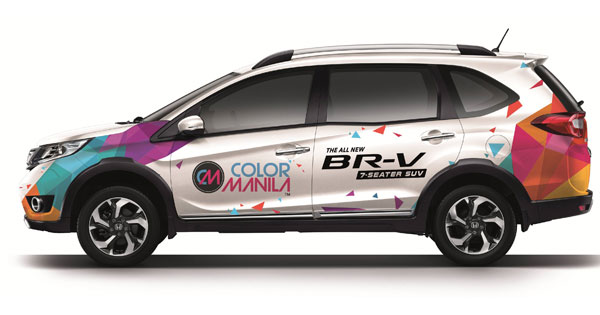 Honda PH has a suggestion for burning all the lechon you ate
View other articles about:
Read the Story →
This article originally appeared on Topgear.com. Minor edits have been made by the TopGear.com.ph editors.
Share:
Retake this Poll
Quiz Results
Share:
Take this Quiz Again
TGP Rating:
/20