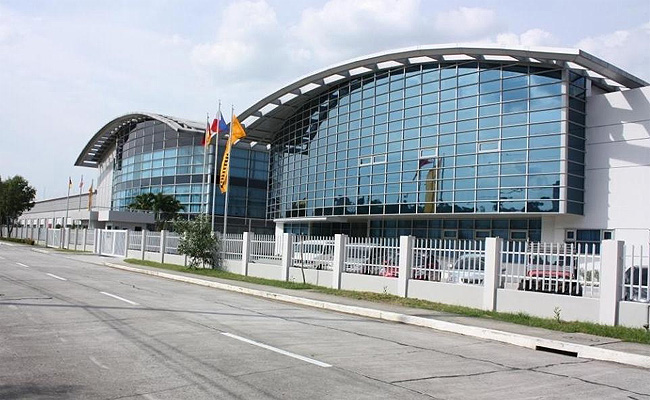 Continental may primarily be known locally as a tire brand, but the company is actually celebrating its 40th year in the Philippines as a manufacturer of electronic vehicle components.

Continental Philippines first started its operations in 1974 with the establishment of its first manufacturing plant in Taguig. In 2004, the company put up its second plant in Calamba, Laguna. Today, Continental Philippines has invested around 197 million euroes in both its plants, and currently employs over 1,750 workers at both plants.

"I am personally very happy to be able to say today that both plants in Manila and Calamba were able to benefit from the developments of new technologies in the automotive sector," said Continental executive vice president for passive safety and sensorics business unit Bernhard Klumpp. "Both have always shown to be professionally run with highly motivated and skilled employees determined to make their plant a success. As a result, both plants have become important locations in the global manufacturing footprint of Continental around the globe."

As further proof of the viability of Continental's Philippine plants, the German conglomerate has decided to make the Calamba plant its production hub for its advanced driver assistance systems (ADAS), airbag sensors, and wheel speed sensors--all of which will be exported globally as original equipment manufacturer components for different car brands. According to Continental Philippines, these new projects will create approximately 1,500 new and permanent jobs for highly qualified operators and engineers in Calamba.

"This was a very important decision for Calamba and its employees, especially because ADAS sensors are experiencing a very rapid growth, and will continue to do so in the foreseeable future," added Klumpp.

Asked what car manufacturers use Continental-manufactured components, the company's vice president for segment occupant safety and inertial sensors, Ralf Schnupp, named Volvo, Mercedes-Benz and Volkswagen as just some of the brands that rely on their products.

MMDA identifies 22 most flood-prone areas within Metro Manila
View other articles about:
Read the Story →
This article originally appeared on Topgear.com. Minor edits have been made by the TopGear.com.ph editors.
Share:
Retake this Poll
Quiz Results
Share:
Take this Quiz Again
TGP Rating:
/20