Join the Color Manila Run next month
by Jason Tulio | Dec 29, 2016
CAR MODELS IN THIS ARTICLE 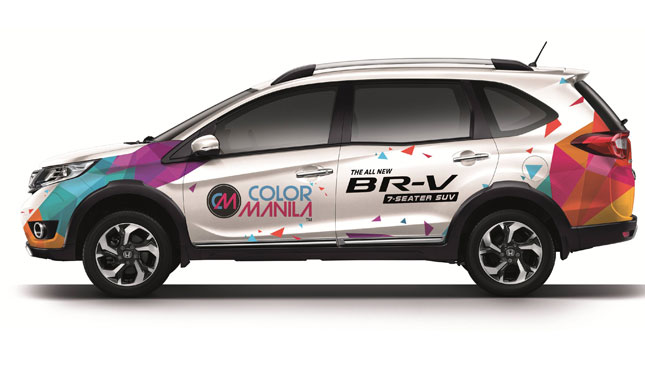 Find running tedious? As a car lover, you might prefer to test your speed behind the wheel instead of on foot. If that's the case, then the Color Manila Run might change your mind. Now on its fifth year, the event is a celebration of fun, color, and enjoying life at your own pace. For the 2017 leg, Honda Cars Philippines will be joining the festivities and giving out some prizes.

Honda has decorated an all-new BR-V for the occasion. It will be driven around Nuvali, BGC, Alabang, Makati, and Quezon City from December 29 to January 13, 2017. People who take a selfie with the seven-seater SUV, post it on their Facebook or Instagram account, and tag Color Manila Run and Honda Cars Philippines will be in the running to win some prizes. Entries should also include the following hashtags: #ilovecolormanila, #CMR5, #HondaBRV, and #RiseAboveYourLimits. Only photos posted between December 28 to January 13, 2017 will be in the running.

The contest winners will be drawn in two lots. The first lot will be open to anyone who wants to join the race. Two winners of Color Manila Run race kits will be drawn on January 4, 2017. Winners can claim their prize at any Honda dealership or at the Honda booth on race day. The second lot will be open only to registered runners, and will be drawn on January 13, 2017. The press release says that "exciting prizes" from Color Manila await the five winners of the second lot.

The Color Manila Run Year 5 will happen on January 8, 2017 at the SM Mall of Asia grounds in Pasay City. Register now on the official website to join the fun run. 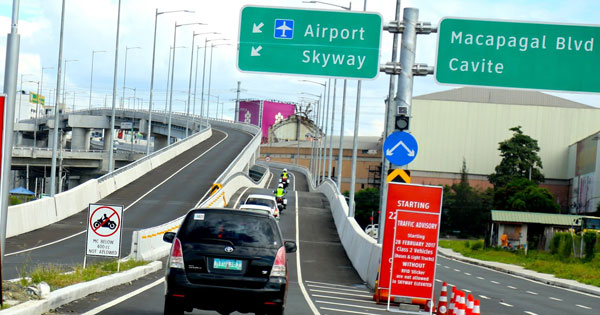 Report: 2 additional ramps have been opened on NAIA expressway
View other articles about:
Read the Story →
This article originally appeared on Topgear.com. Minor edits have been made by the TopGear.com.ph editors.
Share:
Retake this Poll
Quiz Results
Share:
Take this Quiz Again
TGP Rating:
/20