Ongoing until June 14
by Patrick Everett Tadeo | Jun 11, 2014
CAR BRANDS IN THIS ARTICLE 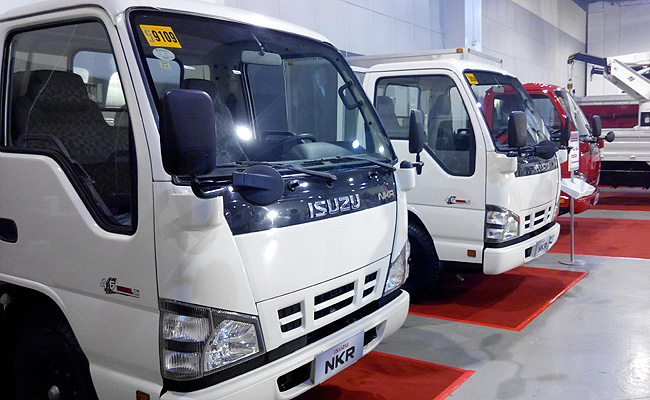 Isuzu Philippines Corporation today formally opened the 2014 Truck Fest Manila at the SMX Convention Center in the SM Mall of Asia Complex. The event is the Japanese truck maker's way of showcasing its light- to heavy-duty vehicles under one roof. This follows a similar edition staged outside SM City Clark in Pampanga, held on May 8 and 9.

"The past few years have shown a tremendous increase in the sales of trucks and buses, with growth rates going past 30% not only for Isuzu but for the entire auto industry," said IPC president Nobuo Izumina. "It is no coincidence that during this period, we also saw the growth of the economy, placing the Philippines among the strongest-growing economies in Asia. This is proof that the truck and bus segment plays a key role in nation-building. Isuzu rises to this challenge by providing world-class trucks and buses that are suited to the needs of all Filipino businesses."

A total of 24 trucks are on display, each one designed for a specific commercial purpose--from a D-Max-based Flexiqube truck priced at P869,200, to an EXR-Series tractor head with fuel tanker trailer worth P7,597,500. Leading the truck display, of course, are Isuzu's N-Series trucks, which have been the Philippines' best-selling light-duty trucks for the past 15 years.

At the aforementioned Truck Fest event in SM City Clark Pampanga last month, IPC was able to sell 36 units. For the current Truck Fest at the SMX Convention Center, IPC seeks to break last year's sale of 138 units at a similar event held at Le Pavilion in Pasay City.

For truck buyers who'll be dropping by the 2014 Truck Fest Manila, free items will be offered for both fleet and retail purchases. These include a periodic maintenance service coupon worth P10,000, three-year LTO registration, and a 16GB Apple iPad Mini 3G. Customers who purchase or place reservations during the show will also qualify for a raffle draw with scale-model trucks as prizes. 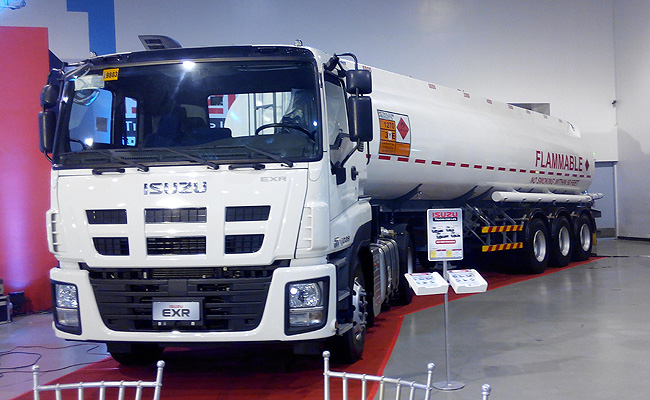 What types and brands of vehicles get stolen the most in PH?
View other articles about:
Read the Story →
This article originally appeared on Topgear.com. Minor edits have been made by the TopGear.com.ph editors.
Share:
Retake this Poll
Quiz Results
Share:
Take this Quiz Again
TGP Rating:
/20