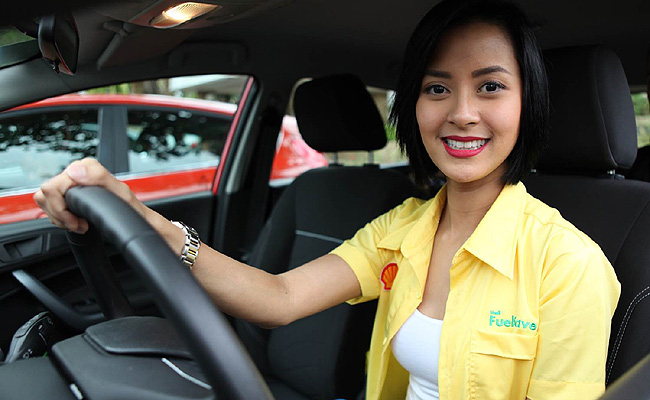 Pilipinas Shell recently had TV host Bianca Gonzalez and 13 everyday drivers test their fuel-efficiency driving skills by organizing the "Shell FuelSave Good Choice Driving Challenge," which required the participants to drive from Bonifacio Global City to Batangas and back.

Using the 1.5-liter Ford EcoSport Titanium, a total of 14 drivers drove a total distance of 240km while undertaking four different challenges along the way. These challenges "tested their ability to be fuel-efficient on the road." To teach them about smarter driving behavior, the participants underwent a special mentoring session with Shell fuel scientist Mae Ascan, who is reportedly the only Filipino among the more than 200 fuel scientists in the world.

"More than being a fuel-efficiency competition, the Shell FuelSave Good Choice Driving Challenge is our way of showing Filipino motorists how easy it is to be fuel-efficient," said Pilipinas Shell retail vice president Anthony Lawrence Yam. "All it takes is make a few simple changes to the way we drive while using the right fuel."

"I am not a driving enthusiast, so I am amazed to know that making simple adjustments to the way I drive--such as driving smoothly, avoiding high speeds and planning my trips carefully--can go a long way in increasing my fuel efficiency," Gonzalez added. "Of course, what makes the difference is choosing the right fuel."