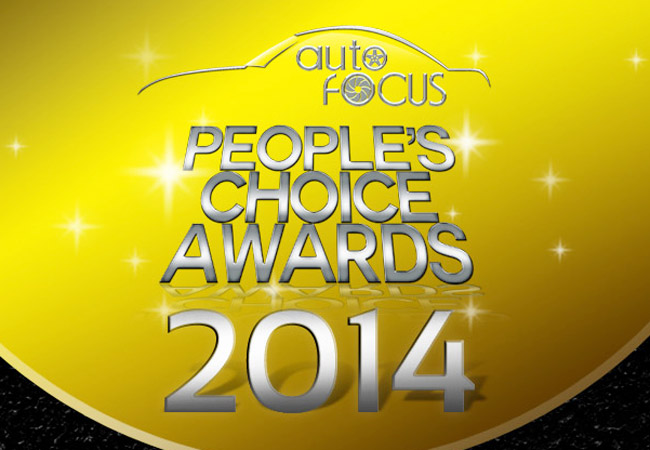 The 2014/2015 Auto Focus People's Choice Awards (AFPCA) is now open for voting--you may cast your votes here--until September 30. As you know, this is the annual automotive poll in which the public chooses the best vehicles in various categories and, most importantly, the "Automobile of the Year" awardee. Voting this year has been made easier and more convenient with the creation of a Facebook app dedicated solely to the awards.

The AFPCA is organized by Sunshine Television and named after its motoring TV show Auto Focus, which is produced and hosted by Butch Gamboa. According to the organizers, this edition marks the awards' 10th year, a milestone by any standard.

"The AFPCA is the country's only award system for the automotive industry that determines the winning models based on a unique selection process that combines online public votes and actual unit sales," Sunshine TV said in a press statement. "The online poll will again be hosted on a dedicated Facebook page, as well as on the Auto Focus website."

To be able to vote for your favorite vehicle models, you need to "like" the AFPCA Facebook page first, and then register. After this, it's as simple as following the prompts for selecting individual models in various categories, and your "Automobile of the Year" pick. Your votes will then immediately appear on the results page, which updates the tally with every vote cast. This tally can also be publicly viewed, so you can keep going back to stay updated.

Similar to last year's mechanics, the online votes will account for 40% of the total score. The actual unit sales, meanwhile, will make up 60% of the overall tally. No secondhand or gray-market units will be included in the count, which will factor in sales figures from January to September this year.

Sunshine TV, however, is introducing a couple of amendments to the mechanics for this year.

"Since unit sales are now integral to the selection process, we wanted the AFPCA to become a more equitable merit program by leveling out the wide disparity between low-volume top-end cars and high-volume lower-priced models," explained Gamboa, who is also Sunshine TV's president and CEO. "If the awards were kept at the status quo, the high-priced automobiles would stand little chance of winning the Automobile of the Year award simply because their sales numbers are understandably at a much smaller scale."

Because of this, AFPCA will have two separate "Automobile of the Year" awards for the Standard and Luxury categories.

"The second amendment to the AFPCA selection process involves the frequency of votes," added AFPCA awards committee chairman Gerry Aquino. "From one vote per week, participants in the online poll will now be able to vote once every day until September 30."

"There will be separate Luxury classifications in model categories with significantly distinct pricing scales," Sunshine TV pointed out. "From these categories, which currently include over 140 base models, will emerge the 2014/2015 AFPCA Automobile of the Year awardees in separate Standard and Luxury classes."

The winners will be announced during the awards night on October 17.