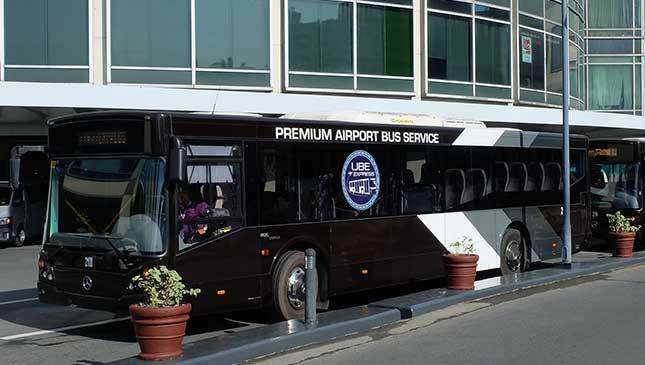 Immigration strikes, traffic woes, lousy baggage service, discourteous personnel, and taxi shortages. What else will it take to make a passenger paranoid about setting foot at the Ninoy Aquino International Airport (NAIA)? It will only get worse as the Holy Week rush nears.

But here’s one way to ease the burden of airport passengers who are coming from the Ayala commercial district. UBE Express, the premium airport bus service carrying passengers between NAIA Terminal 1 and selected hubs in Metro Manila, has entered into an agreement with the Ayala Center Estate Association (ACEA) and Ayala Malls to include the Makati area in its route.

“We are happy to partner with Ayala Malls in bringing quality service to the commuting public by providing a convenient way to travel to the airport terminals,” said UBE Express president Garrie A. David during the launch held at the Glorietta mall.

Nothing beats UBE in terms of sweetness. Although the regular fare pegged by the Land Transportation Franchising and Regulatory Board (LTFRB) is P300, UBE is offering an introductory fare of P200, according to David.

Despite the discounted fare, commuters will enjoy the luxury amenities of a Mercedes-Benz MCV C120 bus powered by a Euro 5-compliant engine.

Painted in sexy black with the big ‘UBE’ logo on its sides, this MB bus has provisions for PWDs like the automatic door ramp. With just a push of a button, the bus can be lowered through a hydraulic suspension system for easier ingress or egress of a PWD.

For safety, the UBE Express units are equipped with GPS tracking, radio communications, and CCTV cameras.

Fare payment can be done using either a tap card or a credit card through its e-ticketing technology. While comfortably settled on the ergonomically designed seats, passengers can also avail of the UBE bus’ Wi-Fi while stuck in traffic.

“This kind of transportation is very appropriate for our growing tourism industry. It’s safe, clean and efficient. We hope that we can have more of these P2Ps (point-to-point) to ease traffic congestion,” Alegre said.

The UBE bus route includes stops at Glorietta 4 and 5, and hotels within the Ayala Center in Makati—Ascott, Peninsula Manila, Shangri-La, New World, Fairmont Makati, Holiday Inn and Suites, and Dusit Hotel. The buses are expected to arrive at designated stops with an interval of 20 minutes.

UBE Express buses are also available at the Entertainment City on Macapagal Blvd. in Pasay City, and Roxas Boulevard and Intramuros area in Manila. Twenty one bus units are ready to take passengers, David added.

Another addition to the existing route is a new UBE Express hub at Park Square in Makati City where billboards will be installed to show the schedules of the buses. 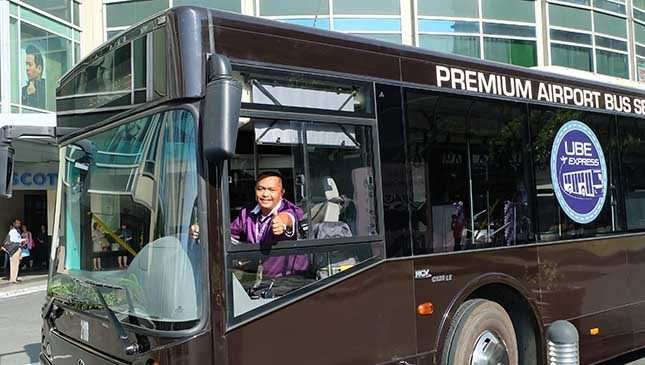 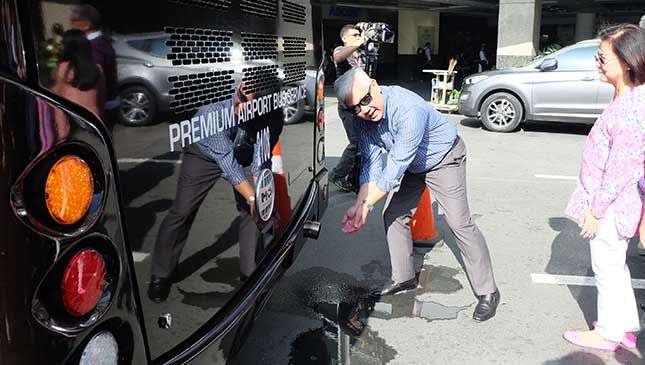 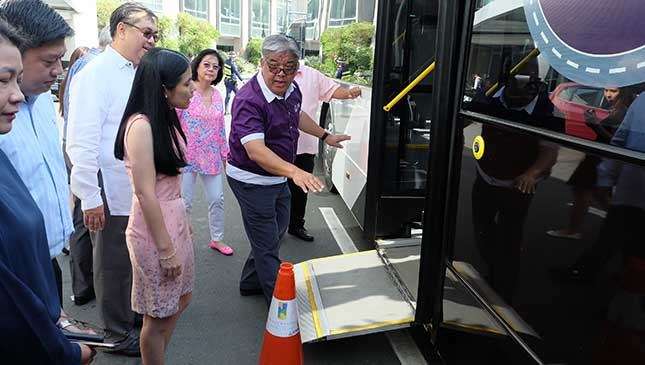 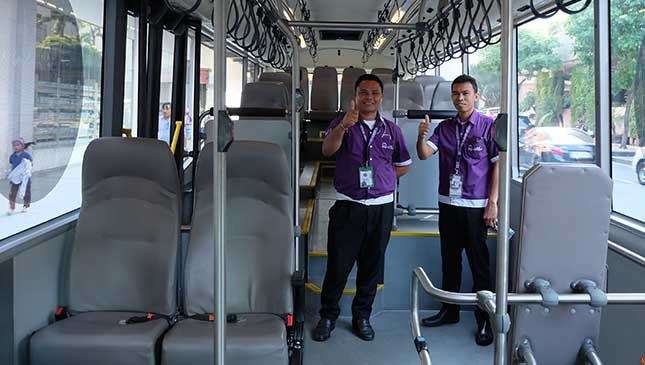 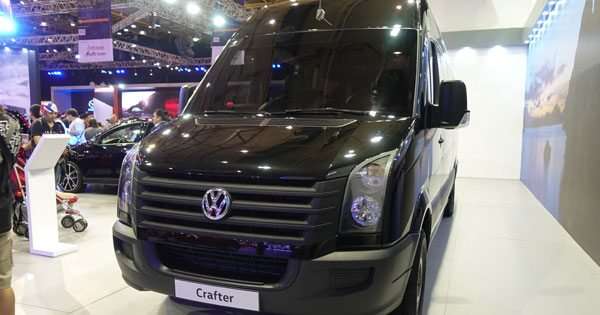 25 images: The big vans from the 2017 MIAS
View other articles about:
Read the Story →
This article originally appeared on Topgear.com. Minor edits have been made by the TopGear.com.ph editors.
Share:
Retake this Poll
Quiz Results
Share:
Take this Quiz Again
TGP Rating:
/20