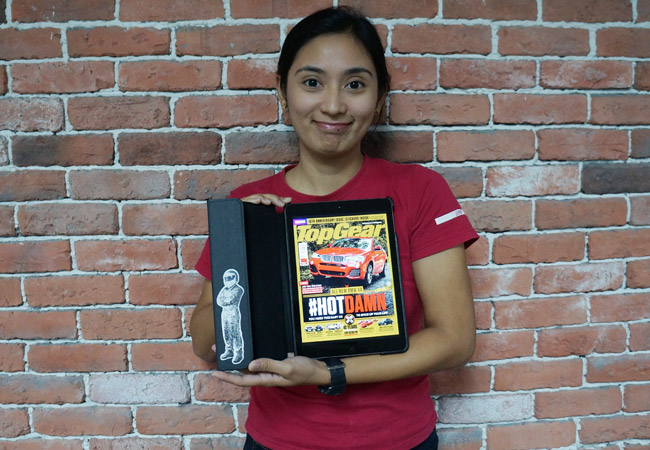 You know mobile-device penetration has reached critical mass when even store clerks and fruit-stall vendors use tablet devices when they’re killing time. This is a sign that the era of e-magazines is here, when almost anyone can buy an affordable tablet in Greenhills. But the problem has always been the matter of payment.

Thanks to a partnership between our parent company, Summit Media, and Smart Communications, the latter’s 56 million subscribers (that's more than half our country’s population) can now purchase the Top Gear e-magazine using their prepaid credits (or load), or have it charged to their postpaid accounts. The e-mag can be bought via Summit's digital bookstore app, Buqo.

For now, buying Summit magazines on Buqo via Smart can only be done using Google Android devices.

According to Summit Media president Lisa Gokongwei-Cheng: "The low credit-card penetration in the Philippines has always been a barrier for companies offering virtual goods to Filipino consumers. By partnering with Smart, we lower the barrier to entry and give more users access to a wide range of content that can be unlocked using only their mobile-phone load."

With this partnership between Summit and Smart, buying Top Gear Philippines' awesome 10th anniversary issue (September 2014) has never been easier.

Not your usual Formula 1 race recap: 2014 Belgian Grand Prix
View other articles about:
Read the Story →
This article originally appeared on Topgear.com. Minor edits have been made by the TopGear.com.ph editors.
Share:
Retake this Poll
Quiz Results
Share:
Take this Quiz Again
TGP Rating:
/20