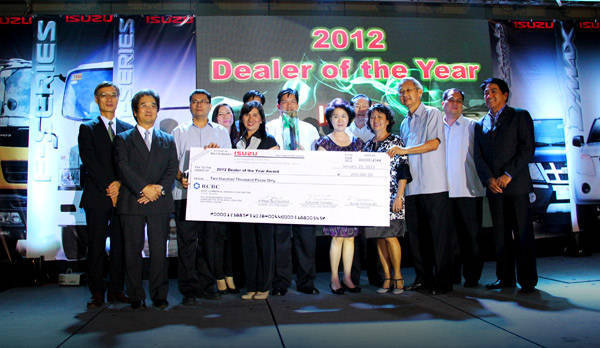 Second-placer Isuzu Alabang was recognized as Best in Sales Operation, while Isuzu Iloilo was awarded Sales Team of the Year and Best in Customer Service Operation. Janelle Sola of Isuzu EDSA, meanwhile, was cited as Sales Executive of the Year.

The 2012 DOYA and other awardees received trophies, cash prizes, and overseas trip incentives.