Kia has proved that there's more to test drives than just taking a vehicle for a spin. In October and up to early this month, Columbian Autocar Corporation (CAC) gave potential customers a chance to bring home cool gadgets and take a trip to Australia in its Lucky Drive to Australia promo.

CAC, the exclusive distributor of Kia vehicles in the Philippines, offered test drives nationwide. The drives kicked off in Cagayan de Oro, followed by one in Davao and in Cebu.

Kia held its Manila leg at the recent Auto Focus Motorshow and Auto Expo where more than 100 test drivers took turns in trying out the Korean carmaker's products.

"This is a really great feeling for us seeing how many peopled signed up and registered for the Lucky Drive promo," said CAC marketing service head Boying Soriano. "It's a really big boost specially that several units have already been sold."

At the end of the motorshow, Kia revealed the winners from its nationwide test drives. 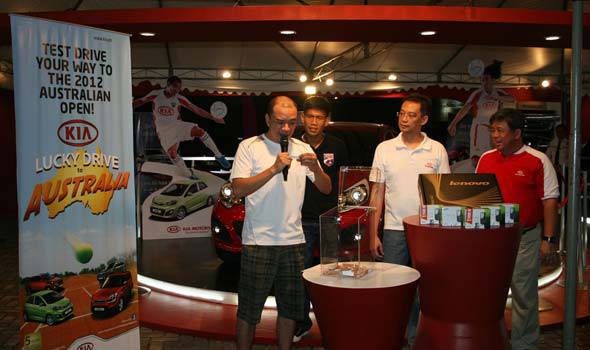 Now, who wouldn't want to watch for Kia's next test-drive campaign?

Philippine car sales dip in October
View other articles about:
Read the Story →
This article originally appeared on Topgear.com. Minor edits have been made by the TopGear.com.ph editors.
Share:
Retake this Poll
Quiz Results
Share:
Take this Quiz Again
TGP Rating:
/20