Will they work wonders on road rage-prone male drivers?
Sep 14, 2010 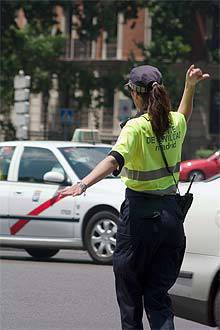 Attention, motorists! Your days of yelling at male traffic enforcers may soon be over as the Land Transportation Office (LTO) is planning to install more female traffic officers on the road.

The move is aimed at helping motorists keep their cool when reasoning out after being caught for a traffic violation, a report on DZMM said.

Now before you go off on a sexist tirade, know that male traffic enforcers will not be replaced. The LTO is merely adding 360 female traffic officers to its current lineup.

The report said 20 female officers will initially be deployed at different areas in Metro Manila, Central Luzon, CALABARZON (Cavite, Laguna, Batangas, Rizal, and Quezon) and MIMAROPA (Mindoro, Marinduque, Romblon and Palawan). There are now 39 female traffic enforcers in Metro Manila and the rest of the troop will be off to their respective stations by September 20.

Porsche sells over 22,500 Panameras in the model's first year
View other articles about:
Read the Story →
This article originally appeared on Topgear.com. Minor edits have been made by the TopGear.com.ph editors.
Share:
Retake this Poll
Quiz Results
Share:
Take this Quiz Again
TGP Rating:
/20