Miriam wants your not-so-old car banished from the road 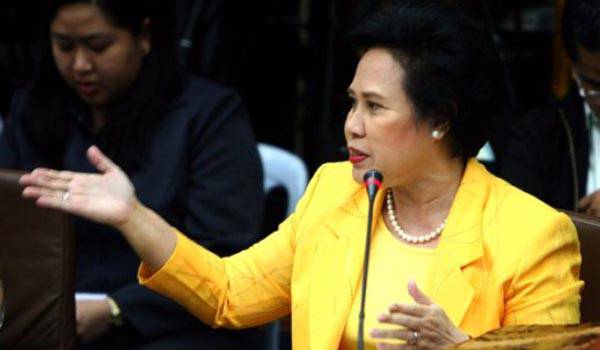 If Senator Miriam Defensor-Santiago had her way, Philippine roads would only have really new cars cruising them. According to a story that appeared in The Philippine Star today, the always-controversial lawmaker wants to phase out all "fuel-inefficient" cars manufactured before 2008--which, if you're really poor at math, is a mere three years removed from the present.

In filing Senate Bill 2834, the feisty senator cites environment-protection and fuel-preservation as her main motivation. The article says Miriam wants to banish cars "for which the originally certified measured fuel economy level is less than 18 miles per gallon." Now, we're not sure if the quoted fuel-consumption figure is a typographical error (since we use kilometers per liter, and in all likelihood Miriam's staff was just too lazy to convert what was copied and pasted from US documents), but the equivalent figure (7.65 kilometers per liter) will have many, many car owners howling in protest.

While a fuel mileage of 8km/L or below is indeed less than ideal these days, 7.65km/L is still decent in a third-world country where fuels aren't even as refined as those sold in Europe. In fact, we're still stuck on Euro 2 emission standards even as western countries have been implementing Euro 5 limits since September 2009. Our target date for introducing Euro 4? January 2016, while the developed world is scheduled to move up to Euro 6 by September 2014. That's how far we lag behind in vehicle emission standards.

"High-fuel-consumption automobiles take a considerable toll on the country's fuel supply and cause damage to the environment through greenhouse gas and other noxious gas emissions," Santiago was quoted by The Star as saying.

The good senator will say: "No, only those certified to have a fuel mileage of 7.65km/L or less will be phased out." How does she propose to go about this? Where will we get this certification when the Department of Energy can't even require carmakers to officially divulge their vehicles' fuel-economy numbers?

Something tells us Miriam and her colleagues just need a legitimate excuse to keep buying new cars every year.