Remember the cute little car shown above? Yes, that's the classic Mirage, the popular small car introduced by Mitsubishi in Japan in March of 1978. Well, the Mirage is being resurrected for 2012. That's the good news. But the better news is this: It's coming to the Philippines. When? According to Mitsubishi Motors Philippines executive vice president Taizo Pat Furuhashi, the Mirage will formally reach our shores in November next year. Furuhashi made the announcement at an intimate gathering in Tokyo with Philippine dealers and motoring journalists in attendance. Thailand will be the first in the region to launch this car--as early as next March, to be exact.

The new Mirage measures 3,710mm long, 1,665mm wide and 1,490mm tall, making it smaller than the Ford Fiesta but bigger than the Kia Picanto. At first glance, it's easy to see the same design cues found on the ASX compact crossover. Though small, the new Mirage--according to Mitsubishi--can comfortably seat five adults. 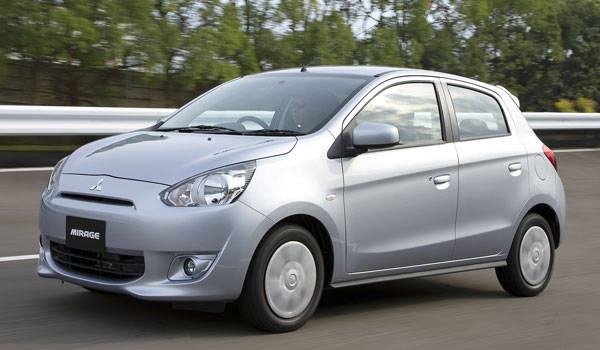 The expected arrival of the new Mirage will make the mini-hatchback category in our market very exciting. It will also finally address the demand of Mitsubishi customers in the country for a small passenger car. Toyota, Honda, Ford, Mazda, Suzuki, Chevrolet, Hyundai and Kia each have tiny hatches. There was always speculation in the past that Mitsubishi would bring in the Colt, but it was only available in right-hand-drive configuration. The new Mirage, on the other hand, is also being offered as a left-hand-drive model. Speaking of which, here's a photo of the cabin of a right-hand-drive Mirage, just to give you an idea of what the interior looks like. 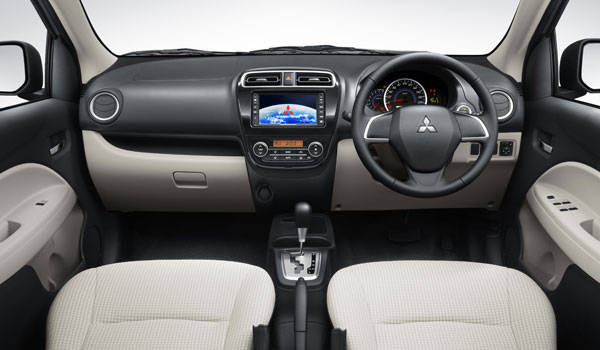 The best part about the new Mirage? Mitsubishi claims it can achieve as much as 30km per liter of fuel. Amazing if true. Returning that kind of mileage is a 1.0-liter three-cyclinder MIVEC gasoline engine mated to a continuously variable transmission. Partly responsible for the excellent fuel efficiency is the automatic stop-and-go system, which practically eliminates fuel wastage caused by engine idling. This makes the new Mirage the only car in its class to boast this fuel-saving and environment-friendly technology. 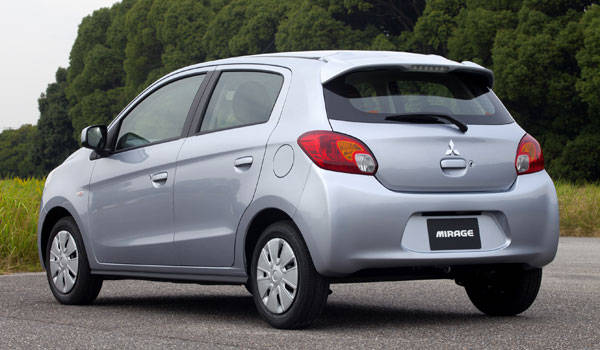 So, if you were in the market for a small hatchback, could you wait until November next year for the new Mitsubishi Mirage? If you need to see more of the car to make a decision, watch the video below, taken at the Tokyo Motor Show.