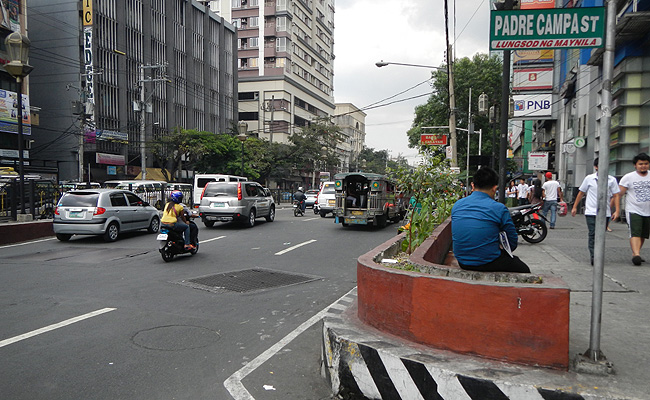 Today, May 15, the Department of Public Works and Highways began its round-the-clock roadwork and drainage-improvement project on España Boulevard in Sampaloc, Manila.

According to the agency, the specific area of España that it will work on is between P. Campa and N. Reyes Streets. The construction work is expected to be completed by July 13, or 30 days earlier than the contract duration of 90 calendar days.

"We want to finish this project within a 60-day period, in time for the opening of college classes that moved their academic year opening to August," said DPWH secretary Rogelio Singson.

The project is reportedly one of the government's efforts to alleviate flooding on España. At a cost of P14.3 million, the project involves the improvement of the existing drainage line at the corner of España and P. Campa, and the grade-raising of concrete pavement with a length of 102 lineal meters and total pavement area of 3,310sqm from Lerma to P. Campa. The road-widening between Paquita and R. Papa Streets will supposedly be also undertaken alongside the flood-mitigation project.

To minimize traffic in the area, the Metropolitan Manila Development Authority has issued alternate routes while the project is being implemented.

Solon wants audible signals and push buttons for pedestrian lanes
View other articles about:
Read the Story →
This article originally appeared on Topgear.com. Minor edits have been made by the TopGear.com.ph editors.
Share:
Retake this Poll
Quiz Results
Share:
Take this Quiz Again
TGP Rating:
/20