For your info: MMDA releases traffic plan for NAIA-bound motorists 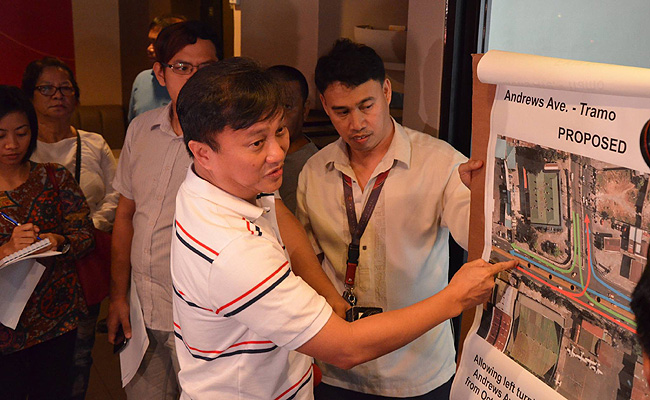 The Metropolitan Manila Development Authority has released its traffic-management plan around the vicinity of the Ninoy Aquino International Airport, and it begins today, October 30, to Tuesday, November 4:

* Vehicles coming from the old Domestic Airport and going toward EDSA will be allowed to turn left from Tramo to Andrews Avenue on a 24-hour basis;

* A zipper lane along Tramo (southbound), which will bypass the Pasay City public cemetery, will be opened for vehicles either going to either NAIA Terminal 3 or making a left turn to Andrews Avenue from 6am to 9am and from 6pm to 9pm;

* The Coastal Road service road from Don Galo to MIA Road will be open to traffic;

* Motorists can use Doña Soledad Avenue from the Skyway to go to NAIA Terminals 1 and 2;

* An additional lane will be added to the roundabout in front of the Villamor Hospital;

* From Roxas Boulevard, Airport Road can be used instead of NAIA Road/MIA Road to go to either NAIA Terminal 3 or the old Domestic Airport; and

* Sucat Road may be used from the Skyway to go to either NAIA Terminals 1 and 2 after All Saints’ Day since the road is likely to be congested as it is adjacent to the Loyola Memorial and Manila Memorial Parks.

Distributor of Swedish truckmaker Scania bares plans for PH market
View other articles about:
Read the Story →
This article originally appeared on Topgear.com. Minor edits have been made by the TopGear.com.ph editors.
Share:
Retake this Poll
Quiz Results
Share:
Take this Quiz Again
TGP Rating:
/20