Be ready for heavy traffic in some areas 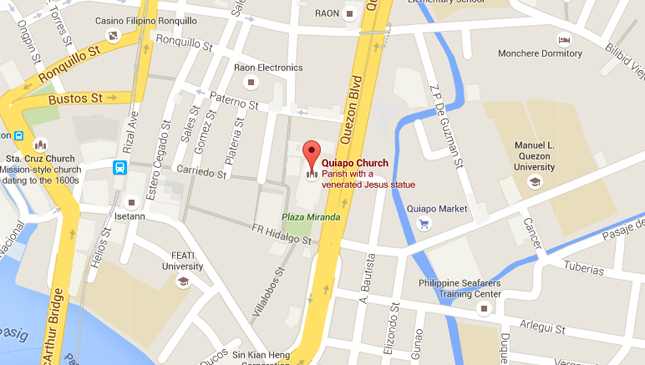 This one's for motorists who are planning to drive through the Manila area this weekend. The Feast of the Black Nazarene will be held on January 9 (Saturday), and that means traffic hell thanks to the millions of devotees who'll flock to Quiapo.

In light of this, the Metropolitan Manila Development Authority has announced several major road closures and alternate routes to help ease the flow of traffic in the area over the weekend.

For January 8 (Friday), the following alternate routes will be in effect beginning 9pm:

* Vehicles using Taft Avenue northbound shall turn right on Ayala Avenue up to point of destination.

For January 9 (Saturday), the following will be in effect starting 12am:

* Vehicles coming from Quezon City using the stretch of España shall turn right on P. Campa, then left on Andalucia, right on Fugoso, and then right on C.M. Recto up to point of destination.

* Vehicles coming from España intending to proceed to South Pier Zone shall turn left on Nicanor Reyes, right on Recto or left on Mendiola up to point of destination.

* Vehicles coming from Legarda shall turn right on Recto or left on Mendiola up to point of destination.

* Vehicles coming from Caloocan utilizing Rizal Avenue shall turn right on Fugoso or C.M. Recto up to point of destination.

* Heavy vehicles and trucks shall take Osmena to Quirino to Nagtahan via A.H. Lacson to Capulong, and vice versa.

* Buses coming from southern Manila utilizing Taft Avenue will only be allowed up to Remedios effective 5am. 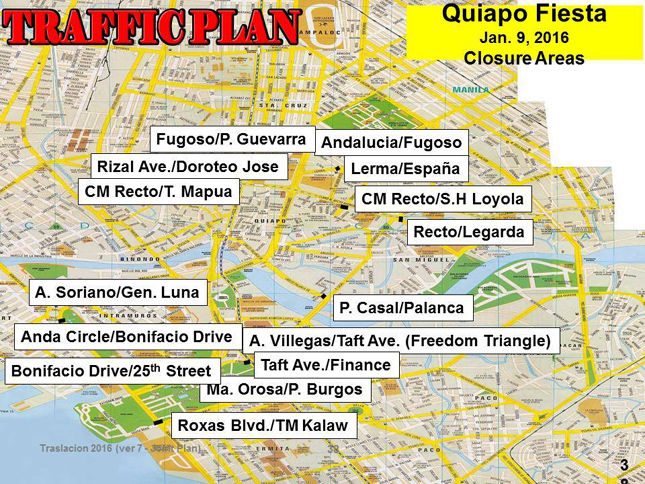 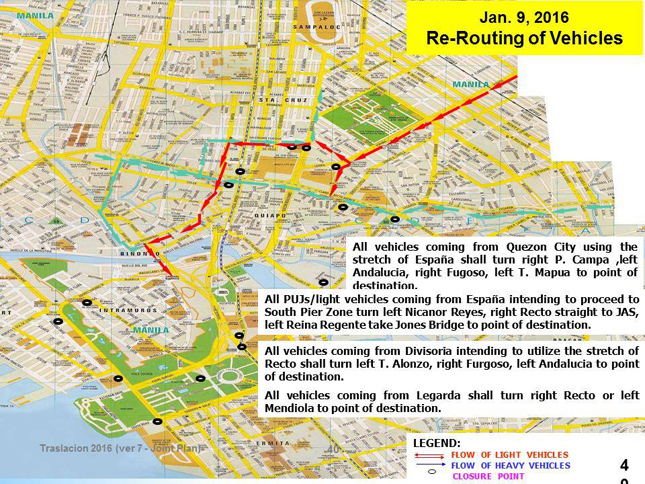 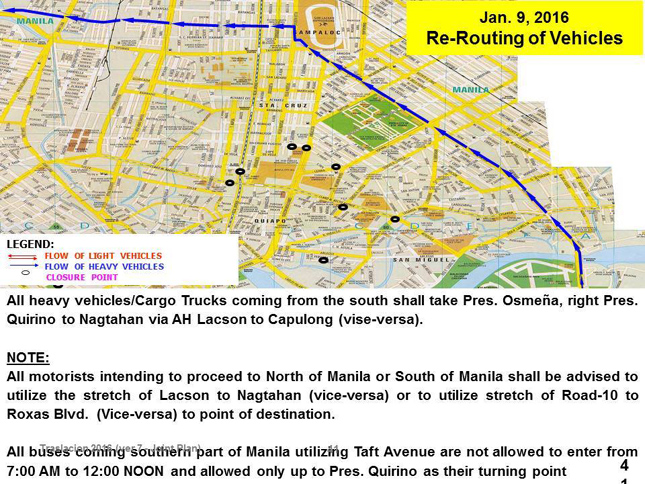 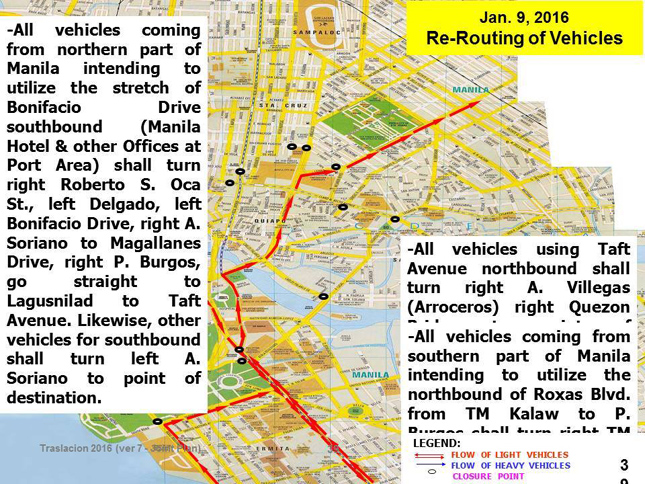 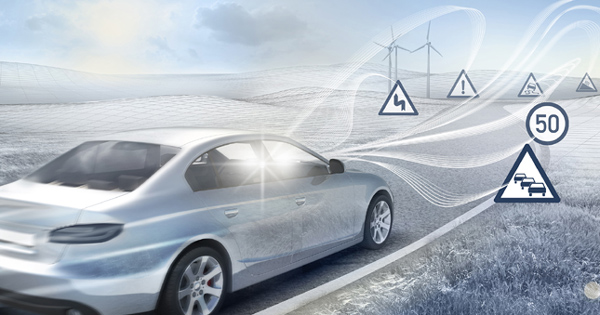 Bosch teases us with future mobility and connectivity solutions
View other articles about:
Recommended Videos
Read the Story →
This article originally appeared on Topgear.com. Minor edits have been made by the TopGear.com.ph editors.
Share:
Retake this Poll
Quiz Results
Share:
Take this Quiz Again
TGP Rating:
/20