Proposal: Cars with only a driver inside may no longer be allowed on EDSA 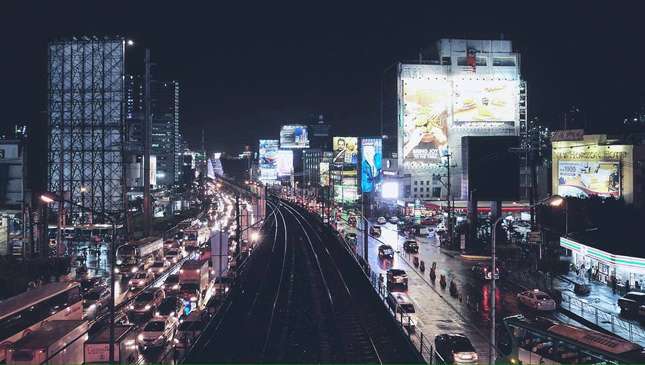 Do you take your car to and from work, alone, on a daily basis? If your answer is yes, we might have some bad news for you.

According to documents we received from the Metropolitan Manila Development Authority (MMDA), public and private vehicles with only the driver on board may no longer be allowed to ply EDSA under a new 'Modified Car Pooling Policy.' What's more, heavily tinted cars will be flagged down by authorities to check the number of occupants inside.

The new anti-traffic measure was proposed during a meeting between the MMDA, Metro Manila Council, and the Office of the Assistant General Manager of Operations. The aforementioned document and proposal isn't final, and is yet to be signed.

The Modified Car Pooling Policy, if passed, will be implemented from Monday to Friday from 7am to 8pm, except during holidays. It will cover the entire length of EDSA (both southbound and northbound) from North Avenue to Magallanes in Makati City. The document does state that merely crossing EDSA will be allowed, though.

But it's not all bad news. Public and private vehicles with only one passenger and one driver on-board will still be allowed on EDSA, but will be subject to the provisions of the Unified Vehicular Volume Reduction Program (UVVRP). Meanwhile, cars with a driver and more than one passenger on board will be exempted from the UVVRP on EDSA. So at least there's that.

Again, nothing detailed here is final yet, and these are just ideas to help solve the traffic crisis. We encourage all of you to wait for official word from concerned agencies before you begin handing out torches. We'll update you as soon as possible. 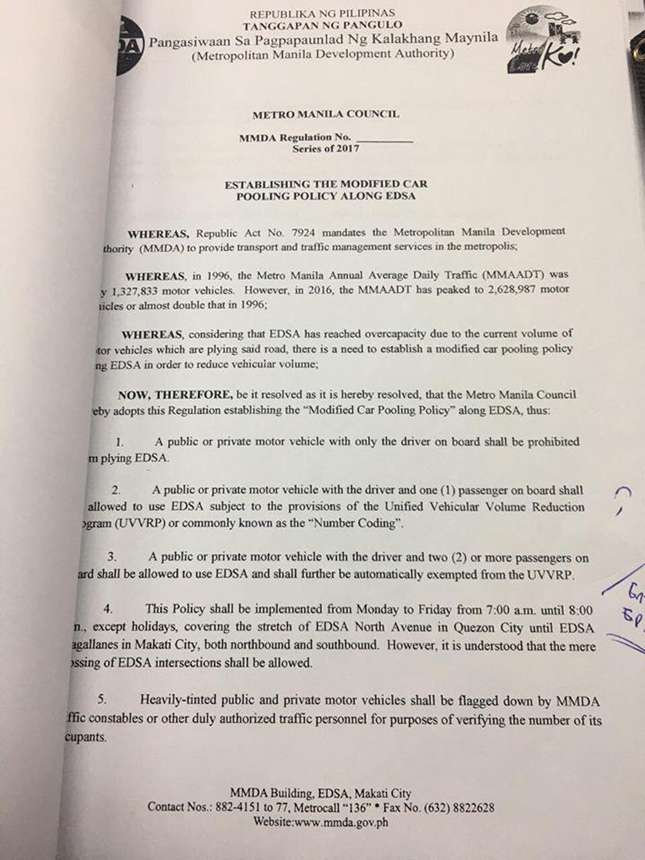 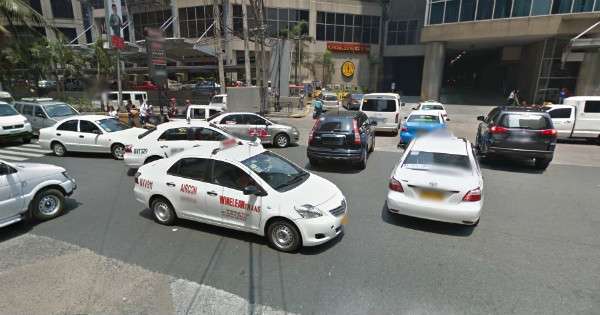 How do the new taxi fares compare to TNVS rates?
View other articles about:
Read the Story →
This article originally appeared on Topgear.com. Minor edits have been made by the TopGear.com.ph editors.
Share:
Retake this Poll
Quiz Results
Share:
Take this Quiz Again
TGP Rating:
/20