Portugal gets its own Top Gear magazine edition

Top Gear is the biggest motoring media brand in the world--bar none. Aside from the popular BBC-produced TV show (and its foreign versions in the US, Australia and Russia), the monthly magazine has been conquering global markets unabated in the last decade. Originally launched in the UK in 1993, Top Gear in printed form has given birth to international editions in Russia, the Middle East, Greece, the Netherlands, China, South Korea, the Czech Republic, India, Indonesia, Romania, Italy, Bulgaria, Poland, Sweden, Australia, New Zealand, Thailand, Malaysia, Singapore, Hong Kong and, of course, the Philippines.

And now we've gotten word from our BBC Magazines colleagues that another edition has been released in Portugal. Gracing the cover of the maiden issue are the Ferrari 458 Italia and the McLaren MP4-12C pitted against one another. We don't speak Portuguese, but we're absolutely fond of the language--especially when sung by João Gilberto. Yes, the man is from Brazil, but Portuguese is the spoken language of the Brazilians (including your favorite race driver of all time, Ayrton Senna).

If nothing else, it would be amusing to read Clarkson saying, "Olha que coisa mais linda..." Okay, that's from 'The Girl From Ipanema'. Anyway, here's the first cover of Top Gear Portugal. 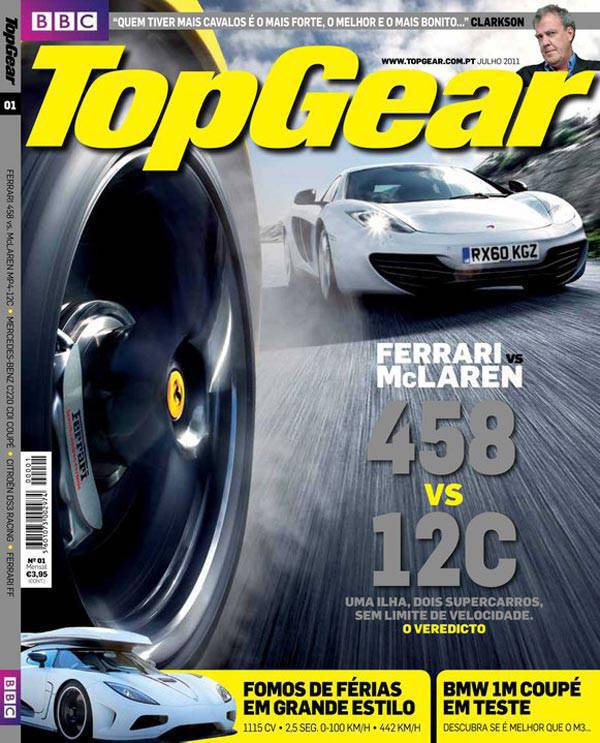 More Ferrari customers opting for other colors besides red
View other articles about:
Recommended Videos
Read the Story →
This article originally appeared on Topgear.com. Minor edits have been made by the TopGear.com.ph editors.
Share:
Retake this Poll
Quiz Results
Share:
Take this Quiz Again
TGP Rating:
/20