How different will F1 be this year?

A full rundown of what to expect
by Jason Barlow | Jan 9, 2017
CAR MODELS IN THIS ARTICLE 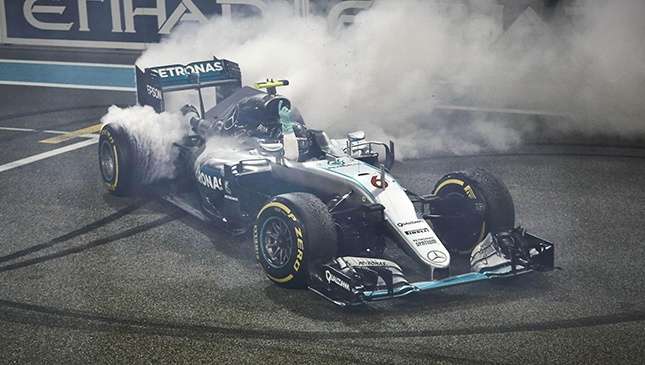 So, how was it for you, the last three seasons of hybrid V6 turbo-spec Formula 1? Yeah, we hear you…

Despite the crushing superiority of Mercedes—so absolute that 2016 was the squad’s most dominant performance since the new engine formula began three years ago—there has been some genuinely great racing, and plenty of great moments. But as an era, the sad fact is that we’ll look back disapprovingly on cars that were almost as ugly to listen to as they were to look at. F1 cars should be fast, loud and sexy. Is it that difficult to get the formula right?

Well, it’s time to hit the big reset button again. Some leading paddock figures reckon the new-for-2017 regulations are the most far-reaching since the narrow-track, grooved-tire F1 cars arrived in 1998. The expensive hybrid tech remains, but everything else has been substantially reworked. We go through the key changes here, but the top-line aim is to create cars that go at least three seconds per lap faster thanks to much higher cornering speeds, testing the driver in the process, and who knows, maybe even allowing some of them to overtake each other occasionally. They should also look much more aggressive, the needlessly convoluted engine token system has been scrapped, and drivers will be limited to four power units per season rather than five.

Hopefully, the new formula will finally find the sweet spot and balance engine and aero, rather than favoring one over the other. If it works, it should play to the strengths of the fiercest, fastest, and most naturally gifted of the gladiators on the grid. It might also shut down Merc’s mighty technical advantage, especially if someone can do a Brawn and find 2017’s equivalent of the double diffuser… 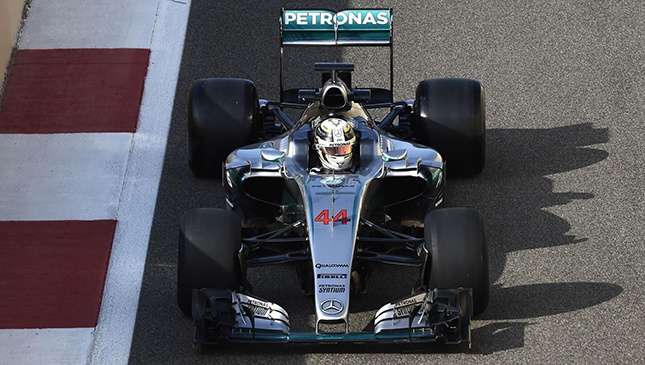 F1 has long been locked in a battle between aerodynamic downforce and mechanical grip. Everyone wants lots of the former and thumping great gobs of the latter, and they’re getting it, for greater cornering speeds and hopefully a reward for enlarged driver cojones (Fernando Alonso and his old mate Mark Webber have long opined that the current cars aren’t challenging enough to drive).

The most obvious visual difference between last year’s cars and 2017’s is in the width of the new rubber. The front tires grow from 245mm to 305mm, the rears from 325mm to a whopping 405mm. Though far from retro in appearance, the increased width at the back of the 2017 cars should be enough to have the beardier elements of F1’s fan base nodding sagely into their sepia-tinted flagons of real ale, while everyone else can ponder how much faster the cars can go. The FIA claims three seconds per lap, maybe more as the season progresses (the target was five seconds), half of which is down to the wider rubber.

Bigger tires, of course, means more drag, which in turn sees the 2017-spec cars carry more fuel (105kg, up from 100) and increase in overall weight from 700 to 722kg. A price worth paying we reckon, and not one the drivers will notice at Silverstone, Spa or Suzuka. 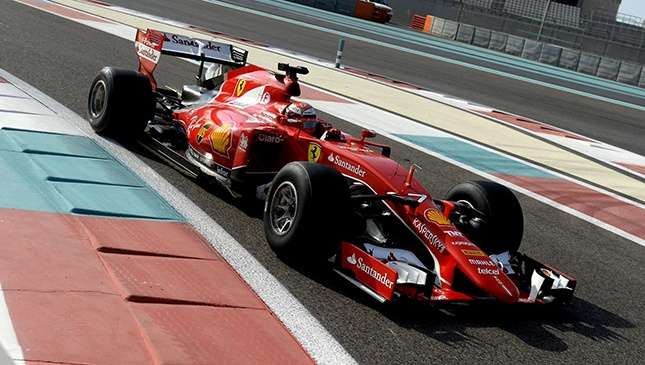 Another knock-on effect is a new nose. The current generation of F1 car never looked mean enough, and was constrained by a displeasing rectangular form language. Point of fact they actually began life, if you cast your mind back to 2014, looking comical at best (check out that season’s Toro Rosso—from a safe distance). The new noses are 20cm longer, and the front wings will expand to 1850mm in width, with a swept-back, slightly tapered shape that’s (theoretically) less sensitive to the turbulent air generated by the car in front to (even more theoretically) promote overtaking. The wing end-plates have also been simplified. The overall track width of the 2017 car rises to two meters. 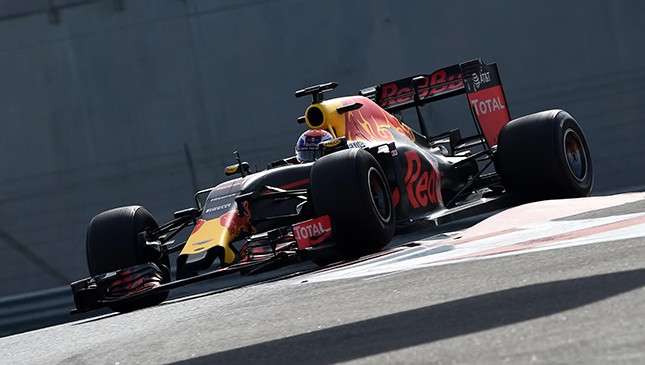 Some observers maintain that the 2008-spec cars are as aerodynamically artful as F1 cars have ever been (check out Lewis’s McLaren MP4-23 for proof). Some would say awful is closer to the mark. The aero craziness was stopped in 2009, but the ‘barge board’ is back for 2017, a ‘reduced exclusion zone’ permitting more leeway in the shape of this aero device, although they can’t be higher than 475mm. Along with the bigger floor (200mm wider), expect more ‘ground effect’ and more downforce, for increased speed (but not necessarily more overtaking—did we mention that?) Note also that the previous-gen ‘homogeneous plank’ is now ‘pocketed’, to reduce weight. So that’s good. Pocketed is much better than homogeneous. 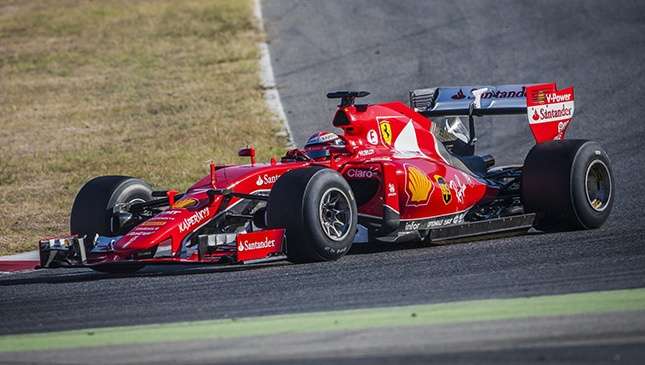 The rear wing will be 150mm lower and 200mm wider. The end-plates are swept-in, and their lower end starts higher up than previously. The wing’s aesthetics are improved simply by the leading edge being tilted 20cm further back. The boxy restrictiveness of the current look should disappear. 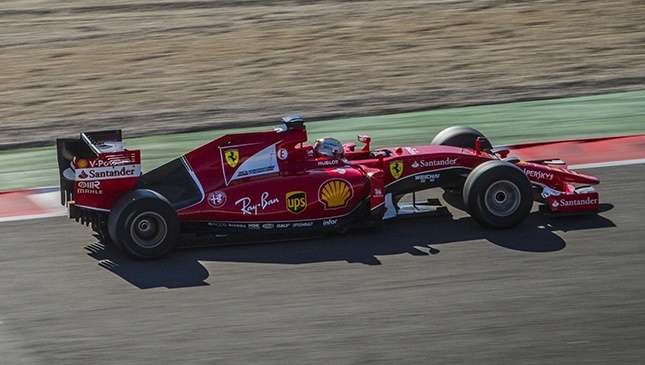 This key part of the aerodynamicist’s armory will move further forward, as well as being taller and wider. The reworked diffuser will also increase the amount of downforce at work on the car. Snuffling out some extra aero magic in this area of the car could make all the difference. 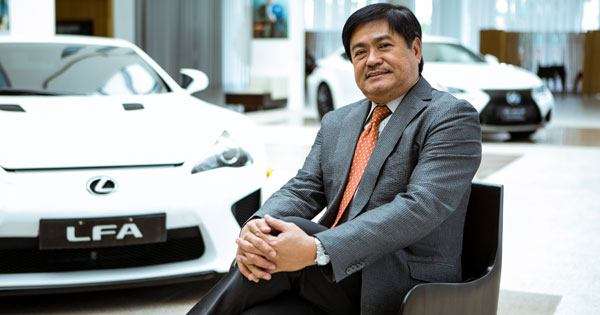 The changing of the guard at Lexus Manila
View other articles about:
Read the Story →
This article originally appeared on Topgear.com. Minor edits have been made by the TopGear.com.ph editors.
Share:
Retake this Poll
Quiz Results
Share:
Take this Quiz Again
TGP Rating:
/20