At Batangas Racing Circuit
by Patrick Everett Tadeo | May 27, 2014 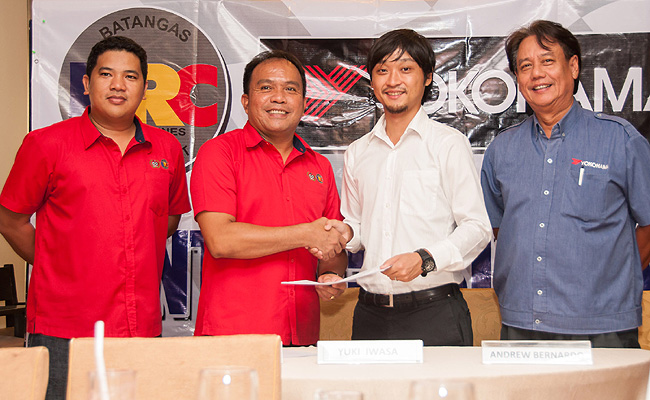 The series will be bannered by the GT300 class, followed by the GT200, GT150 and GT100 classes. Also acting as support races are the PhilMiniRacers Championship Series, the VW KaFer Cup, Winds Formula Philippines, and the newly formed Sparco Bracket Circuit Racing. Expected to headline the series is multiple Philippine Touring Car champion Jody Coseteng; joining him are hill-climb ace Carlos Anton and actor Jomari Ylana.

"We have maintained a strong and fruitful relationship with Yokohama Philippines over the years," said Gayola. "Thus, it makes us very happy that they have once again partnered with the Philippine Grand Touring Car Championship for the 2014 season."

The 2014 season supposedly sees the former Philippine Touring Car Championship merging with the Yokohama Philippine GT Championship series. As part of the merger, minor technical revisions will be introduced for the season "to tighten the competition," with the race cars now having to comply with a maximum torque limit on top of the existing power cap.

Practice and qualifying for the first leg, which is scheduled this weekend, are both on Saturday, May 31. Come race day on June 1st, a 10-lap sprint race will be held in the morning with the cars taking off from a standing start. In the afternoon, the 17-lap GT race will begin with a rolling start.

Here is the complete schedule of the 2014 Yokohama Philippine GT Championship series:

See you at the races!

Nissan to compete in Le Mans in 2015 with so-called GT-R LM Nismo
View other articles about:
Read the Story →
This article originally appeared on Topgear.com. Minor edits have been made by the TopGear.com.ph editors.
Share:
Retake this Poll
Quiz Results
Share:
Take this Quiz Again
TGP Rating:
/20