Search for Philippine Car of the Year kicks off 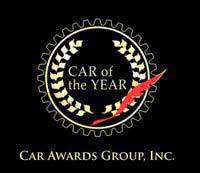 The search for the year's best automobile is on with the launch of the 2010 Car of the Year Awards.

Members of the Car Awards Group (CAGI) will test vehicles introduced in the market from October 2009 until early November vying for the COTY title, as well as for the top spot in their respective categories.

Vehicles not qualified for the major awards may win for the special awards, which will be given to automobiles with features like the roomiest interior and the most powerful engine. This will allow CAGI to raise consumer awareness prior to purchasing a brand-new car.

"We'd like to concentrate more on letting consumers know about cars that give good value in certain aspects," said CAGI president Ferman Lao.

Lao, who is also the technical editor of Top Gear Philippines and a columnist of TopGear.com.ph, said the CAGI's search for the best vehicles also is also aimed at letting consumers know what cars would give them the best value for their money.

The CAGI's vehicle testing will be held within a two-week period starting end-October.

Subaru was CAGI's first back-to-back winner last year as it bagged the Car of the Year award for two straight years. The 2009 Car of the Year trophy was earned by the Legacy GT sedan and by the Impreza WRX STI hatchback in 2008.

Do you think Subaru can bag the title again this year? Or are there new vehicles out there ready to take the crown from the Japanese carmaker? Place your bets now!

Lawmaker seeks jail time for 'kotong' cops
View other articles about:
Read the Story →
This article originally appeared on Topgear.com. Minor edits have been made by the TopGear.com.ph editors.
Share:
Retake this Poll
Quiz Results
Share:
Take this Quiz Again
TGP Rating:
/20