The future is here
by Craig Jamieson | Jan 28, 2018
CAR BRANDS IN THIS ARTICLE 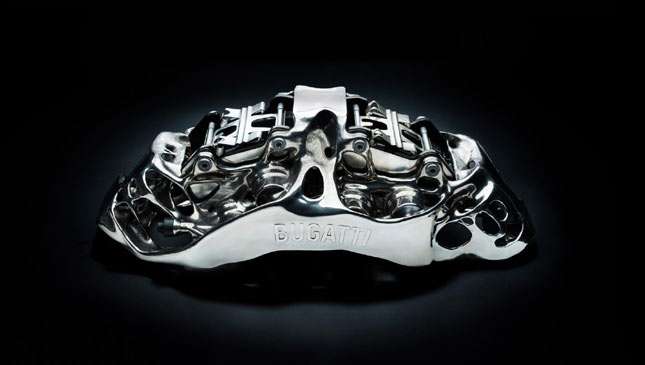 Not content with being the go-to name for anything ruthlessly quick or obsessively over-engineered, Bugatti is now staking a claim for a third adjective: over-complex.

Okay, so maybe they already had a pretty decent handle on that one, but they seem to be hell-bent on driving that message home. How? By 3D printing a brake caliper from titanium. When this news landed on our desk, we thought that Bugatti had 3D-printed a caterpillar. And, as amazing as a 3D-printed Bugatti caterpillar would be, it was in fact a caliper. Also, we probably need to start getting more sleep.

Moving on. As you'll know, 3D printing has been around for a good while now, but it usually relies on specific polymers or easily sintered metals (a complex term that means heat-forming without melting). And you might have to consult a very clever person for this next part, but titanium is apparently quite difficult to manipulate in a 3D printer. Because science.

Nevertheless, Bugatti, who should be the all-powerful and unbeatable antagonist in Cars 4--"You can’t beat him, Lightning… he's made from 3D-printed titanium, and you’re a stock car that sounds eerily like Owen Wilson"--has found a way to do much science and 3D print titanium. Well, it's a titanium-aluminum-vanadium alloy. So, basically adamantium. And you could argue that's even more impressive.

So, you'd imagine the new brake caliper is, in some way, better than what's gone before. And you are correct. A single square millimeter (i.e. not a lot) of this Titan-Alu-Vanadium alloy can support 125kg (quite a bit). Even so, the caliper--the biggest ever developed for a road car at 41cm long, 21cm wide and nearly 14cm high--only weighs 2.9kg. Just for comparison, the Chiron's bespoke, forged-aluminum units weigh nearly 5kg each.

But couldn't Bugatti just mill a block of billet titanium, like they do with aluminum? That's a negative, good buddy--titanium is quite strong. So strong, in fact, that Bugatti developed a way to lay fine layers of its super-alloy dust, melting each of the 2200 layers with 400-watt lasers, in a process that takes 45 hours per caliper, because it's easier than trying to mill billet titanium.

This is all well and good, but what does it all mean for you? Well, it's a lot like the S-Class; to begin with, technology like ABS and curtain airbags were cutting-edge and only available in the most rarefied air. But, little by little, the technology was repeated, democratized and adopted, to the point where the technology we expect in a subcompact would leave an '80s S-Class in the dust. But we still remember the S-Class as a technological pioneer.

So, could that happen with Bugatti's 3D-printed caterpillars, er, calipers? Erm, check back with us in 20 years, yeah? 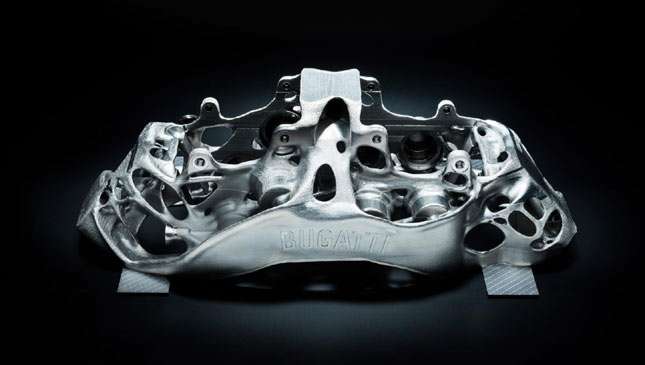 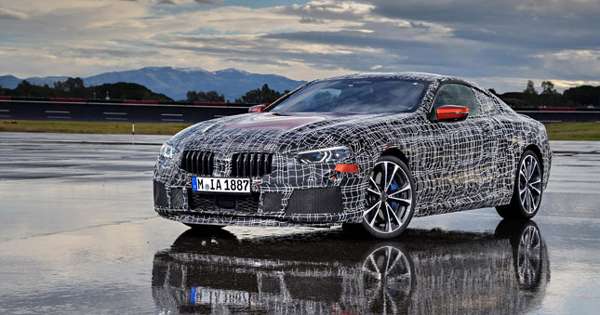 BMW is currently sharpening the new 8-Series coupe in Italy
View other articles about:
Read the Story →
This article originally appeared on Topgear.com. Minor edits have been made by the TopGear.com.ph editors.
Share:
Retake this Poll
Quiz Results
Share:
Take this Quiz Again
TGP Rating:
/20