Uber can help us climb out of traffic hell

Through an initiative called Uber Movement
by Drei Laurel | Jan 12, 2017

For all the issues and non-issues that have hounded app-based ride services since they burst onto the transportation scene, you have to admit the tech behind the whole movement was pretty groundbreaking. In fact, as Uber is about to show us, it still is.

The transportation network company has just announced that it will be giving users access to its traffic data via a new tool called Uber Movement. Travel times, traffic patterns, road closures and other pertinent anonymized data gathered over the course of six years from over two billion Uber rides across the globe—we're getting the whole thing here, guys.

More important, Uber sees the potential application of this data for project development and improving lives. Aside from the general public, the company is encouraging government officials, urban planners and policymakers to use the tool to "adapt existing infrastructure and invest in future solutions to make our cities more efficient." Nice.

Access to the Uber Movement will be gradually rolled out over the next few weeks, the company says. To give users a better idea of what the new tool is capable of, Uber released a couple of case studies—including one examining holiday traffic trends in Metro Manila—on the Movement website.

Frankly, we think government agencies like the Department of Transportation and Metropolitan Manila Development Authority should be keeping an eye out for this. Let's hope they get in touch with the company somewhere down the line. Spread the word, people. 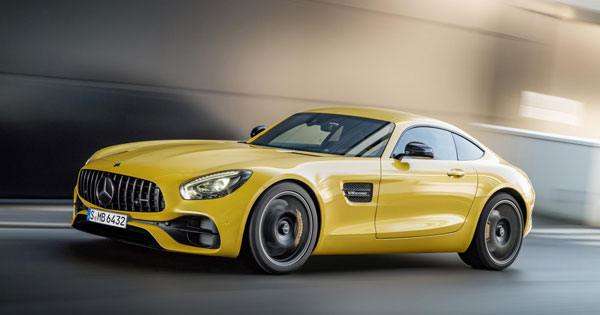 The Mercedes-AMG GT gets a minor update
View other articles about:
Read the Story →
This article originally appeared on Topgear.com. Minor edits have been made by the TopGear.com.ph editors.
Share:
Retake this Poll
Quiz Results
Share:
Take this Quiz Again
TGP Rating:
/20