How cars bonded a father-and-son relationship
by Andy Leuterio | Jun 14, 2013

My father taught me how to drive. When you're 16 years old and well-versed in the intricacies of firing order patterns, or the merits of RWD versus FWD versus AWD, and when you would get a perfect score if exams involved car makes, models and quarter-mile times instead of trigonometry and atomic numbers, learning how to drive is the most important thing you will ever learn in your teen years. Being a stickler for rules and laws, Dad wouldn't teach me how to drive until I was several months away from legal driving age. So, while I took the bus to and from school every weekday or commuted, I could only gaze in envy at my wealthy schoolmates who drove.

I dreamed of finally taking the wheel every time I volunteered to wash, wax and vacuum the family car, and Mom would roll her eyes every time Dad and I would talk for hours about the latest cars we'd read about in the magazines. As I've written before, the first time I took the wheel, I actually blinked back tears of frustration because of that damn clutch that just wouldn't cooperate. When I'd finally gotten the hang of it, several months of mishaps and near-death experiences ensued--squarely planting both front wheels into a humongous pothole, scraping a door at Lolo's tight garage, and then scraping another door of Dad's brand-new, less-than-a-week-old Lancer. I still remember his eyes bugging out then, followed by a withering hail of choice words at my galactic stupidity. What an honor!

When I got my break in the motoring media a few years later, beginning with Automotion magazine (which is where I met the Chief, Vernon B. Sarne), Dad was my favorite driving buddy. One would think that, being in college by now, I would have used the test cars to impress the girls. But that just wasn't the case. Girls, at least the ones worth your time, won't be fooled by a nice car--least of all one that isn't yours anyway. And they hate it when you drive the bejesus out of it. It makes them think you've got a death wish.

Not cool, especially when your then girlfriend's dad has a nice collection of firearms. So Dad was my partner in crime as we took a Honda Civic SiR for a nice, fast trip to Tagaytay, an Isuzu Trooper around Laguna, and a Ford F-150 to the gas station. Mom was a very docile passenger in the back, contently listening to her Discman as Dad and I chatted about--what else?--more cars. In a bid to show Dad my driving chops, I took him along as my co-driver in a rallycross event at Fort Bonifacio. The vehicle was a race-prepped Isuzu Hi-Lander, admittedly not anyone's first choice for racing anything, but you'd be surprised what that thing could do back then when the road was muddy. We strapped him in, and then I proceeded to show him my fantastic skills at power oversteer through the rain and mud. We lasted two minutes before I finally lost it and put the vehicle on a berm. I still remember the silly grin on his face as we got out of that Hi-Lander. Can't quite say I remember how the good folks at Isuzu felt, though.

As we both grew older, cars would be the one thing we could both agree on come hell or high water. Being the de facto caretaker of the family cars and the one who would show the best driving skills in the family, I was especially lucky to be able to use one practically all year round even though none of the jobs I tried out after graduation paid enough to make me afford my own.

One day, as Dad lay on a hospital bed after an angioplasty, he brought up the topic of a certain debt I'd accumulated (he had footed the bill for an accident I'd been involved in) and how that related to my regular usage of his Galant. To my surprise, he told me not to worry about paying him back, and to just take care of the car as it was effectively my responsibility already. He also made small talk about my new girlfriend whom he'd only recently met, but genuinely seemed to like a lot (she would eventually become my wife).

I went home that night happy at the thought of being debt-free, oblivious to the foreboding message. The next morning was the longest, loneliest drive I ever took back to the hospital. He'd passed away in his sleep.

Thinking about Dad and the impact he made on my life always makes me appreciate this kind of life that we have. It's a reminder for me to listen to my own kid and oblige him when he wants even just a few minutes of seat time in the latest test car, and to remind him to take care of his Tomica toy cars like I did with mine. It's fascinating--if a bit mind-numbing--how a toddler can view a two-minute commercial on the Lamborghini Aventador so many times, then move on to a PC educational game about how to customize Mickey's jalopy. All of this with Daddy at his side, of course. They're the little moments that add up to a lot when you take them in perspective.

Happy Father's Day to all the dads out there. 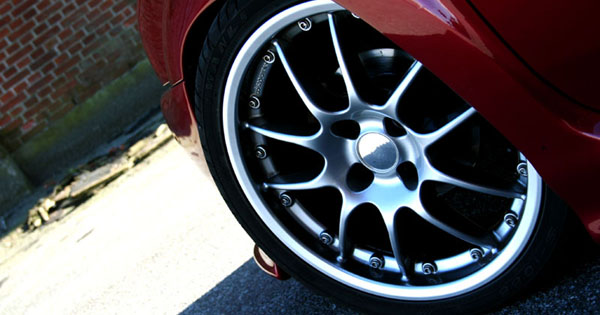 What should I do before I leave my car for a month-long vacation?
View other articles about:
Recommended Videos
Read the Story →
This article originally appeared on Topgear.com. Minor edits have been made by the TopGear.com.ph editors.
Share:
Retake this Poll
Quiz Results
Share:
Take this Quiz Again
TGP Rating:
/20