The dying days of the double-clutch downshift

Car technology has evolved in span of less than two decades
by Andy Leuterio | Apr 9, 2013 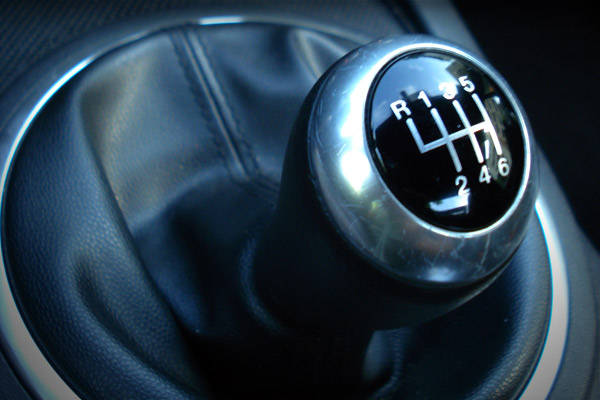 I'm speeding along an open road, moving up the gears, with engine noise music to my ears, feeling the road through my seat and the rim of the steering wheel, with senses attuned to what's happening in front of me. The corner looms up ahead, and I tap on the brakes, declutch, put the gear in neutral, blip the throttle, step on the clutch again, put the gear in second, release the clutch, clip the apex, and get back on the gas as soon as the car's pointed where I want it to go.

And, unfortunately, it's an all-too-rare occurrence these days. I hesitate to say a line like "in the old days" because that makes me sound very old, but truthfully the old days for me refer to the early '90s. Depending on what generation you're talking to, "old" might be the '60s or the '70s, but it's remarkable how much car technology has evolved in the span of less than two decades.

I learned to drive with my father's 1.3-liter, carbureted, five-speed-stick Sentra. One summer afternoon, a few weeks before he enrolled me in a driving school, he decided it was time to get some advance lessons in driving, so he put me in the driver's seat and told me to get going.

Of course, I stalled the engine. I also crunched the gears, bucked the car, and generally embarrassed myself for all of 50m. All my textbook knowledge about how to drive, gleaned from all my prized car magazines, were for naught. I couldn't even get the damn car to move without bucking like a bronco. I believe I even cried.

But Dad was patient, and after a few days he got a eureka moment. Instead of starting from a level surface, he made me start on a slight downhill so the car could engage first more easily no matter how badly I released the clutch. That was one of the happiest days of my driving life. After that milestone, driving school and getting my license were a breeze. Of course, I had to figure out how to parallel-park, how to creep, and all the other sundry skills that came with the privilege of a driver's license, but to this day, I believe that learning that one fundamental skill is the foundation for my driving competence today.

My brother had it worse. Since he learned to drive earlier than me, he had to learn how to shift on an early '80s Corona, with a four-speed, non-synchronized transmission. He had a hell of a time figuring it out. I had great fun ribbing him, too. But he mastered the thing and eventually moved on to synchronized transmissions, which are a piece of cake by comparison.

Nearly all production cars use synchronized transmissions these days, which makes downshifting so much easier. Yet the "double clutch" technique was one of the more advanced skills I strove to learn as soon as I got my license. The ability to match the revs as you downshift just makes for a smoother, more satisfying experience that also helps maintain the balance of a car as you go through a corner.

Do you need to do it for each and every downshift? No, and it may actually accelerate the wear on your clutch. Do you need to do it when the pace is high? I would think so. I hate the sensation of driveline shock if I have to put a gear in and the revs climb to more than 3,000rpm. On some cars, the transmission will even protest as it can't sync fast enough.

Of course, this is all moot and academic for all cars equipped with automatics these days, including CVTs and automated clutch systems. Put it in Drive and away you go. If you have a "manual" mode, whether these are paddles, a separate gate or little buttons, you just let the computer do the work. Some setups like that in the automatic-equipped Toyota 86/Subaru BRZ even blip the throttle for you instead of delaying the shift through the torque converter. And yes, a state-of-the-art automatic can perform faster and smoother than a manual-equipped driver with mediocre skills. A supercar like the Lamborghini Aventador even has a super high-tech, Independent Shifting Rod system so you can muster all your concentration at keeping the car shiny side up at 300kph.

I like automatics as much as anybody frequently stuck in traffic would, but I love a good stick shift more. A car is just much more fun to drive if it involves you in managing the drivetrain, and it makes you a better driver. Like I discussed with technical editor Ferman Lao (who is a very good, fast driver), smooth shifting technique is a precursor to good high-performance driving skills. If you're clumsy with a manual, chances are you'll be clumsy threading the car through a set of switchbacks, too. They are also simpler to maintain and more resilient to abuse than a torque-converter automatic, which is one reason why slushboxes aren't seen much on a racetrack, if at all. I'll make an exception for most SUVs and pickup trucks, of course. Nearly all of them aren't that much fun to drive anyway, so they don't really lose any sporting character when spec'd with an automatic, although there are some outliers.

A good manual must also have the following traits: smooth and linear clutch takeup, an easily defined shift gate that you don't have to look at to see which gear you're engaging, and close gear ratios to keep your engine in the sweet spot. Putting a shifter in gear must feel like pulling back a rifle bolt, not like churning a tub of molasses.

In the past 20 years, there have only been a handful of locally available cars that were fun to have with a manual, including the Subaru Impreza STI, the Hyundai Genesis Coupe, the aforementioned 86/BRZ, the Mazda MX-5 Miata, the Honda Civic SiR and VTi, the Ford Lynx RS, the Honda Accord and the Mitsubishi Galant (both circa 1995), and the Honda Jazz/City. I was crushed when the then-new 2.0-liter Mazda 3 only came with a four-speed automatic. Same thing with the Lancer GT-A, although the paddle shifters mitigated the disappointment a bit.

These days, get a top-of-the-line model and you'll probably get spec'd with an automatic. Maybe you can get a manual (or most probably not), but all too often, it means losing some features as part of this "downgrade." I wish the product planners and marketers would rethink their plans on this vital automotive component. There are quite a few neat cars right now having the life sucked out of them by the (non) choice of transmission.

Who wants an all-new Nissan Z?
View other articles about:
Recommended Videos
Read the Story →
This article originally appeared on Topgear.com. Minor edits have been made by the TopGear.com.ph editors.
Share:
Retake this Poll
Quiz Results
Share:
Take this Quiz Again
TGP Rating:
/20