Things to see at The World of Toyota Motor Show

Our family hasn\'t owned a Toyota in years, but my childhood days are rich with memories of the very first family car I could remember: a Corona, circa mid-1970s. We had that car for around 15 years, and it was the rolling definition of \"Old Reliable.\"

If memory serves me correctly, it had a four-speed non-synchronized transmission and was manual-everything from the windows to the steering. We went through several air-conditioners and radios, I think one new upholstery set for the vinyl seats, and at least two replacement dashboards. Plastic in those days was prone to cracking under the heat of the sun, which wasn\'t even too harsh back then before the onset of global warming. I had great fun peeling away the dashboard with my fingernails, while Dad didn\'t think it was funny.

That car took us to all sorts of places north and south. Going up Baguio was a trekking adventure as we had to get out of the car so it could wheeze its way up the steeper grades. One night at a company outing, Dad fumbled with the key to unlock the door in a darkened parking lot without realizing he was at the wrong car. A lady bystander screamed \"Magnanakaw!\" The security came, and Dad spent the night in a cell.

Toward the end of its tenure with us, the car stalled in traffic. Dad opened the hood to find out what was wrong only to see a little finger of flame quickly snaking its way to a fuel line, like in those Mission: Impossible opening montages. By instinct, he closed his fist around the flame to kill it before realizing it was a bad idea that was quickly rectified by a handkerchief. After a week at the shop, the car was back in business.

I believe that car is still rolling around to this day. You just can\'t kill a Toyota.

These days, it\'s tough to find anything wrong with one except, perhaps, that nothing ever seems to go wrong. For many years, Toyota has become synonymous with \"boring\" and \"mindless,\" the automotive appliance you bought and drove without thinking about it too much. Nothing wrong with that, especially if you\'re not a car enthusiast anyway. I know many friends and relatives who bought Toyotas because they just wanted a reliable car. Things changed with the introduction of the 86, the first \"affordable\" sports car that functioned like a \"reset\" button after the Supra, the MR-S and the Celica had outlived their usefulness.

The latest news from Toyota is the all-new Vios, which honestly looks quite handsome and well-made. Time will tell if it sheds the taxi image of the name. In a bid to further strengthen its name as the leader in the automotive industry, the Japanese automaker is holding \"The World of Toyota Motor Show\" this week until the 18th at the World Trade Center in Pasay City. A gathering of the latest models, concept cars and classics, it\'s both a trip down memory lane for old-school fans and a look at what\'s in store for Toyota fans in the months and years to come. Even on the opening day last weekend, there was already quite a crowd milling around at the show.

Here are some of my favorites from the show. Do take the time to visit if you haven\'t already; there\'s a lot of good stuff there that will please even the most jaded car guy.

Just one of three heavily modified 86s on display, with a Rocket Bunny kit and a supercharger

The AE86, father of you-know-what

The FJ Cruiser, coming soon to terrorize a CUV near you

A Vios spec\'d for honest-to-goodness racing

A pristine 1971 Celica: Think of it as a half-size Asian Camaro

A fully restored 1977 Corolla is much cooler than a late-model Altis, don\'t you think?

A \'70s-era Corona: Practically indestructible from my experience

A 1969 Crown, the closest equivalent to an armored couch back then

Check out the detailing on the Crown\'s engine

The 2000GT, James Bond\'s car (albeit in convertible guise) in You Only Live Twice

Lovely, priceless curves on that 2000GT

The show wouldn\'t be complete without the lithesome Lexus IS F...

...and, of course, the wicked LFA supercar

The FCV-R concept looks weird, but in a good, eco-minded sort of way

If you had this back in the \'80s, imagine how it would look now if you had taken care of it

Anyone remember the Formula Toyota Cup? 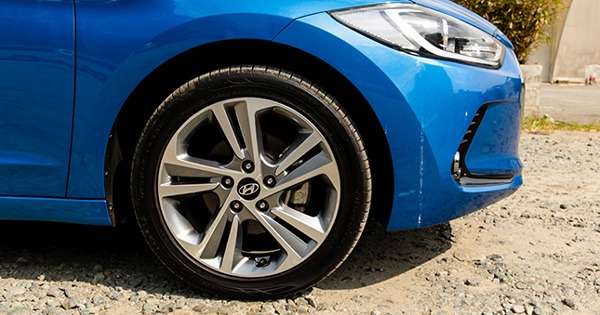 Should spare wheel and installed wheels have the same size?
View other articles about:
Read the Story →
This article originally appeared on Topgear.com. Minor edits have been made by the TopGear.com.ph editors.
Share:
Retake this Poll
Quiz Results
Share:
Take this Quiz Again
TGP Rating:
/20