Why is my car's exhaust producing a foul smell? 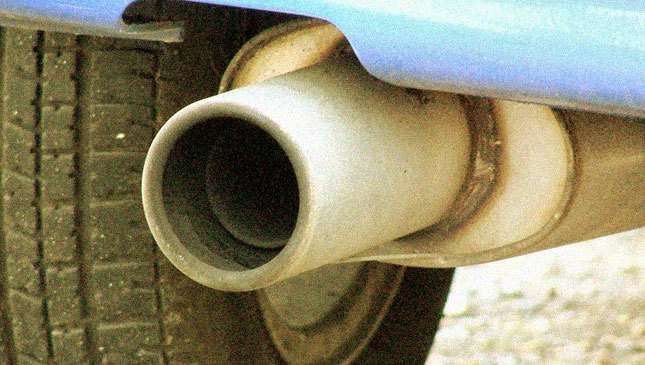 My 2011 Toyota Corolla Altis M/T 1.6G is producing a foul smell from its exhaust. It started in 2014. Then, one of the ignition coils died while I was driving. I replaced just the busted unit despite "mechanic's advice" to change all four.

Afterwards, I'm still getting the same foul smell. A few more weeks after, another ignition coil died. I replaced it but waited for another month (budget issue) to change the remaining two. I also replaced all four iridium type spark plugs.

None of this resolved the foul smell. Furthermore, I used to get 14km/L (12 in mixed highway-city driving). Now I just get 11km/L in mixed driving.

After a few more months, the mechanic sprayed a chemical on one of the tubes on the engine (not sure what it's called) but still the problem remained. He advised me to (if budget permits) replace the fuel injectors or the oxygen sensor since my car had already logged over 200,000km.

* I haven't tried the fuel filter replacement since I think it had nothing to do with the issue.

* I intend to buy fuel injector cleaner this week to try it.

* No Black or White visible smoke

* It's been going on for two years or so.

Hoping to get some advice. Maraming salamat!

There are many possible causes for the foul smell coming from your exhaust. The most telling from your descriptions would be the lower fuel economy numbers. There are many factors which affect fuel economy, but I'll disregard the other (non-engine) factors and focus the discussion around the items you mentioned.

It's always best to replace your fuel filter at the recommended service intervals or more often if you frequently find yourself refueling at unfamiliar gas stations. While it hardly clogs, it is cheap insurance against contaminated fuel.

When I change fuel brands I would typically do several refills of the same brand at the same chosen location. This gives the best results when you're comparing fuels as it helps ensure that the fuel in your tank is what the chosen brand is supposed to be and not a mixture of two types of fuel.

Refueling is a matter of convenience and a good habit is to refill your tank at a location that doesn't take you too much out of your regular route. I would also refuel several liters before the tank runs dry; you never know when you need to take a long drive, and finding out that you're close to empty when you do is something you don't need to worry about.

Fuel injectors can be rebuilt and calibrated to new specifications. Something you may want to explore instead of outright replacement.

It also sounds like that there's something wrong with your idle air control mechanism. On newer drive-by-wire vehicles this will usually be integrated with the throttle body. I haven't heard of any fix for it other than outright replacement of the throttle body. Some owners have had luck with having it cleaned.

You may also want to have all the hoses checked for air leaks. It can be on any of the vacuum hoses or between the airflow meter/sensor and the throttle body. You will want to have the vacuum hose diagram on hand for this. The leak can also be in any of the gaskets that seal the many interconnected components of the intake system. Either throttle body to the intake manifold, intake manifold to the cylinder head, or possibly even the gasket of the airflow meter itself.

An air leak can cause the engine tuning to be off as there is more air getting into the engine than what the ECU expects. This results in a lean (more air than fuel) condition wherein the ECU will try to compensate for by adding more fuel which would explain why your fuel economy is worse now, and possibly the foul odor. Be aware that depending on where the leak is located it can either disappear or appear when the engine reaches operating temperatures; this makes air leaks one of most time-consuming problems to troubleshoot. 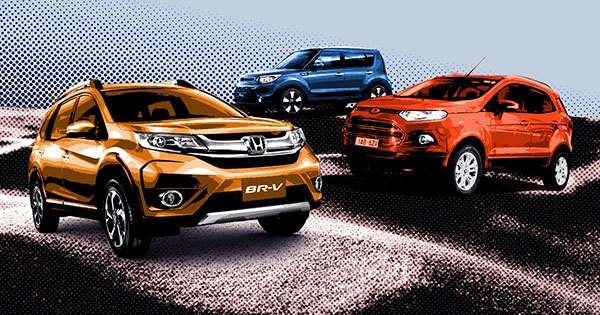 Should I choose the Honda BR-V, Ford EcoSport or Kia Soul?
View other articles about:
Read the Story →
This article originally appeared on Topgear.com. Minor edits have been made by the TopGear.com.ph editors.
Share:
Retake this Poll
Quiz Results
Share:
Take this Quiz Again
TGP Rating:
/20