What happens when I forcefully argue with an MMDA officer?

Will I be liable for verbal or physical assault?
by Robby Consunji | Aug 29, 2018 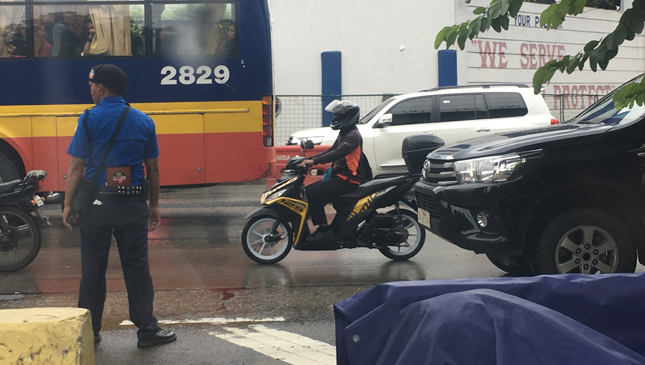 Question: I’ve forcefully argued with an MMDA officer about a supposed violation. Am I now liable under the law for verbally or physically assaulting an MMDA officer?

Yes, you can be held liable for a violation of the Land Transportation and Traffic Code, and be punished by imprisonment under the Revised Penal Code.

All motorists must understand that a license to operate a motor vehicle isn’t a property right but a State-granted privilege subject to reasonable regulation, under the police power of the State, in the interest of the public’s safety and welfare. Also, the State’s power to license carries the power to withhold or revoke such license upon noncompliance with prescribed conditions.

By understanding the privilege, a motorist shouldn’t be surprised when an MMDA officer seeks to issue a ticket for a violation of the Land Transportation and Traffic Code and other related laws.

It is then the motorist’s duty to show and/or surrender his driver’s license upon demand by any person with authority, under the Land Transportation and Traffic Code, to confiscate it. It is a violation of the Code for a motorist not to show or surrender his license upon due demand by a person with authority, or to display arrogance or discourtesy toward the traffic officer. These violations are subject to a traffic ticket and fine.

It seems the law envisions an ideal scenario where the respectful traffic officer meets the courteous motorist, so the former will issue the traffic violation without unnecessary delay or argument. Once the motorist argues and gives an excuse with a sense of overbearing or superiority toward the traffic officer, then the former can issue a traffic ticket for arrogance or discourtesy.

The motorist enters the gray area of constitutionally guaranteed free speech bordering on punishable speech. He can state his case once or maybe even twice, but beyond that, it can be deemed argumentative and thus arrogant.

The proper venue for arguments is for the motorist to seek a review of the traffic violation by filing a complaint with the Traffic Adjudication Board of the LTO, the MMDA, or the local government. Many believe this isn’t a cost-effective and speedy remedy, hence they argue their case on the street before the traffic officer.

In desperation after the rejected arguments, the motorist will try other means to wiggle out of the ticket, ranging from a loud voice, a shout, a dirty finger, a tap, a shove, a slap or a punch, to drawing a weapon. All these may constitute the crime of direct assault under the Revised Penal Code.

For the physical assault on the MMDA officer, you can be punished under the Revised Penal Code for “Direct Assault” (Article 148), committed by persons who “shall attack, employ force, or seriously intimidate or resist any person in authority or any of his agents, while engaged in the performance of official duties, or on occasion of such performance.”

Jurisprudence provides that threatening to give a fist blow, made to a policeman who was arresting the accused, wouldn’t constitute direct assault. If the attack is not serious—such as a fist blow—it may constitute a “resistance and disobedience to a person in authority or the agents of such person” under Article 151 of the Revised Penal Code, which punishes a person who “shall resist or seriously disobey any person in authority, or the agents of such person, while engaged in the performance of official duties.” It is considered simple disobedience when the disobedience toward an agent of a person in authority isn’t of a serious nature.

When the person in authority or his agent is attacked and killed while in the performance of his duty or by reason thereof, then crime should be direct assault with homicide and murder.

Finally, the LTO commissioner has the power to suspend a driver’s license for three months or to revoke a driver’s license when he or she believes that the motorist is an improper person to operate motor vehicles or that the latter endangers the public. 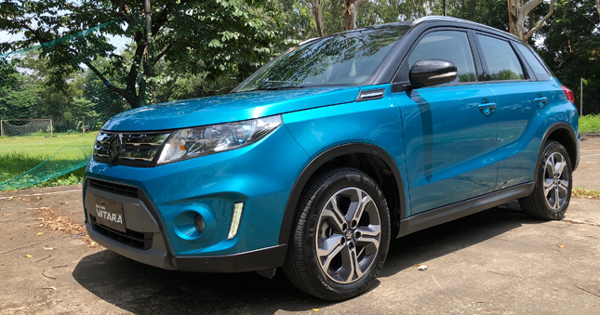 Finally, a Suzuki Vitara for the mainstream motorist
View other articles about:
Read the Story →
This article originally appeared on Topgear.com. Minor edits have been made by the TopGear.com.ph editors.
Share:
Retake this Poll
Quiz Results
Share:
Take this Quiz Again
TGP Rating:
/20