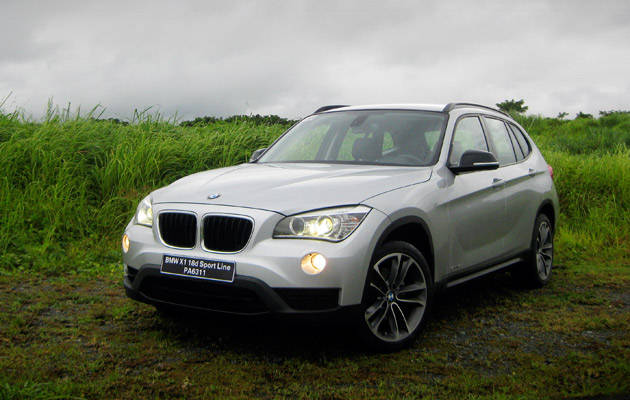 During the BMW X1 media drive, one of the tasks they made us do was to watch a video message from Asian Carmakers Corporation executive director Glen Dasig and answer his question: What are you most excited about the new BMW X1? Easy. We're looking forward to the driving pleasure BMW has always been known for. The engineering behind the cars with those three letters is so simple that it's often taken for granted.

We were slightly skeptical when BMW unveiled the X1 four years ago. But with the market's appetite for compact crossover SUVs, why the hell not? One thing about BMW as well as its rivals Audi and Mercedes-Benz, is that they have a knack for spawning a new class. If one doesn't come up with it first, the other one will. At the end of the day, it's about bragging rights.

The X1 is the first compact luxury crossover sport-utility vehicle (Sports Activity Vehicle in BMW-speak) for the premium market, with Audi following suit with the Q3 and Mercedes-Benz set to introduce the GLA next year (2015 in our market). Even if Volkswagen is reputed to be a bracket below those three brands, the German carmaker came up with the idea first in 2007 with the Tiguan. 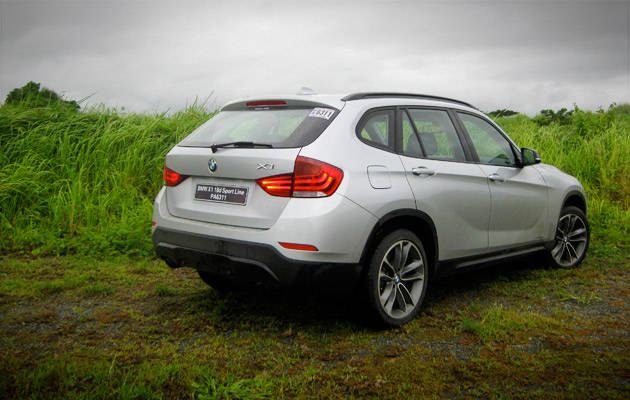 The updates may be subtle, but enough to reinforce the X1's appearance by giving it a more athletic character. The front end sports a slimmer apron, thanks to the reduction in plastic trim, and makes way for a three-piece air vent. The bumper is more prominent, making the fog lamps look slightly higher. The fascia is finished off with bi-xenon headlamps with 'Corona' rings. The rear likewise gets the slim apron treatment. The trim and the radiator grille on the Sport line are finished in high-gloss black.

The X1 also gets new mirrors with integrated indicators and sportier wheel designs for the Sport and X lines. 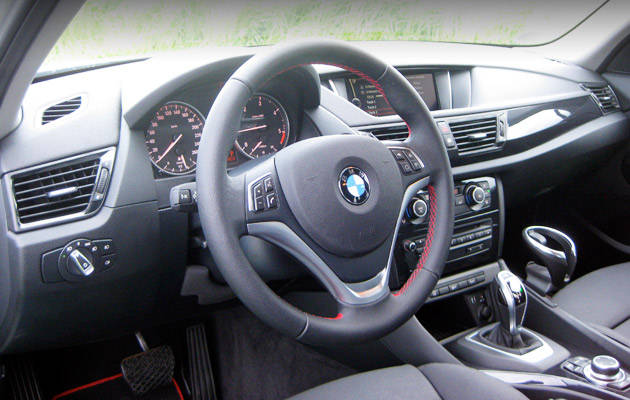 Black interior with red stitching conveys the X1 Sport line's character. The contrast looks good. The sport seats invite you to step in and grab the wheel. If it's one thing BMW gets right all the time, it's the steering wheel. It reflects the true nature of its cars. The X1 is clearly about the drive. Apart from that, something in here seems to be lacking. It feels rather conservative.

The iDrive system can be viewed via the 8.8-inch LCD screen, making it easy to go through functions such as vehicle settings, fuel consumption, and your tunes--whether through your iPod, USB or Bluetooth. 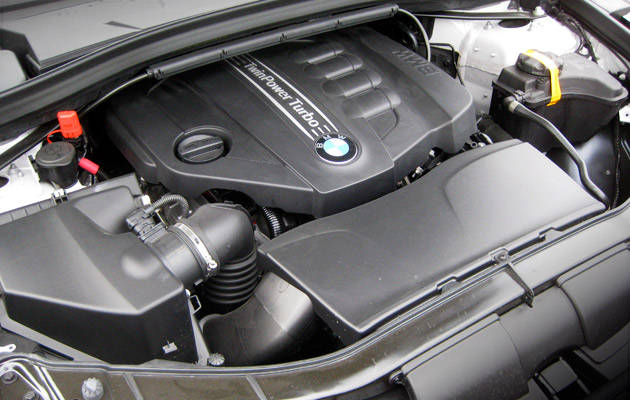 The X1 now comes with only a 2.0-liter turbocharged diesel for the Philippine market--a wise move given its practicality and power at low rpm. It churns out 143 horses and 320Nm of torque. The sweet spot is between 1,800rpm and 2,300rpm.

The eight-speed automatic transmission is tightly spaced for better efficiency and grunt at low end. There's a start/stop function and brake energy regeneration to further aid running efficiency. We got a combined cycle of 10.6km/L. The engine, however, isn't as quiet as the Audi and Mercedes diesels.

BMW's "driver's car" reputation started with the 3-Series. It has found its way up to the 5, 6, 7 and the sports activity vehicles. That trait is more apparent in the smaller Bimmers, like the 1-Series. The smallest of the SAVs, the X1 has an expectedly nimble handling, matched with proper weighted steering.

We appreciate the auto start/stop function. While the diesel engine is already thrifty, the technology can save you 5-10% more, depending on your driving style and conditions, of course. The Wi-Fi in-car hotspot that came with our demo unit is a neat trick, too.

The X1 is a good BMW in its own right--a good, light all-rounder. But it's not easy to justify since the X3 isn't far off. But with nearly 300,000 X1 units sold since its introduction in 2009, there clearly is a market for it, captivating a wider range of customers. The Germans will spring a new class whenever they can, which is good for consumers. Something the brand from Munich demonstrates with the X1.