A better MPV choice
by Dinzo Tabamo | Oct 23, 2012
CAR BRANDS IN THIS ARTICLE 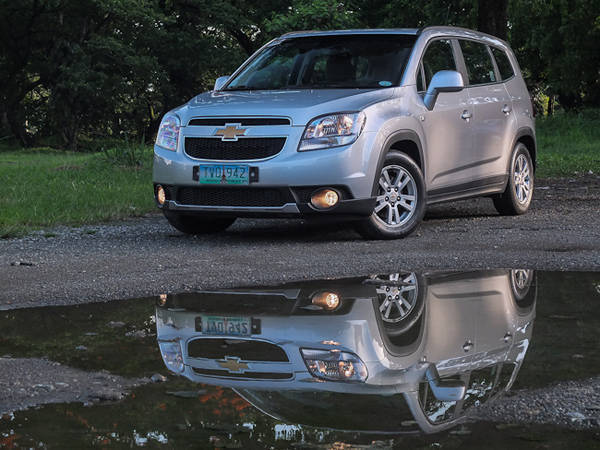 For a carmaker to grow its market share, it has to enter lucrative car segments. In our country, the categories with the biggest sales are the subcompacts, the midsize SUVs, and the MPVs.

As one of the fastest-growing local automotive companies, Chevrolet distributor The Covenant Car Company Inc. (TCCCI) is slowly positioning itself to enter these popular segments. A new subcompact offering as well as a mighty SUV are on the way, but now we're going to evaluate their MPV, the Chevrolet Orlando.

Compared to the Toyota Innova's multiple variants, the Orlando only gets one. And TCCCI is marketing it at the high end of the price range. 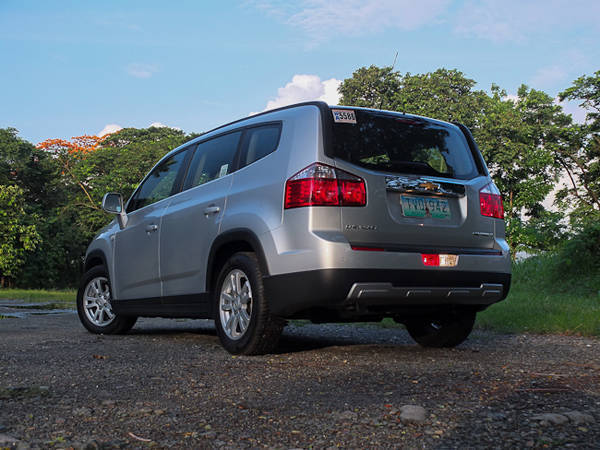 The challenge for MPVs is that they're designed primarily for families. That means aesthetics usually takes a back seat to practicality and space. The result is usually a shape that gets whittled down to please the majority of potential owners, therefore leaving the MPV's design devoid of any character.

It's a good thing the Orlando manages to look a little macho with its large grille, clean lines and chunky styling. It's a credit to the designers that no angle looks awkward, unless you count the bland side view. But that doesn't diminish the overall visual impact. 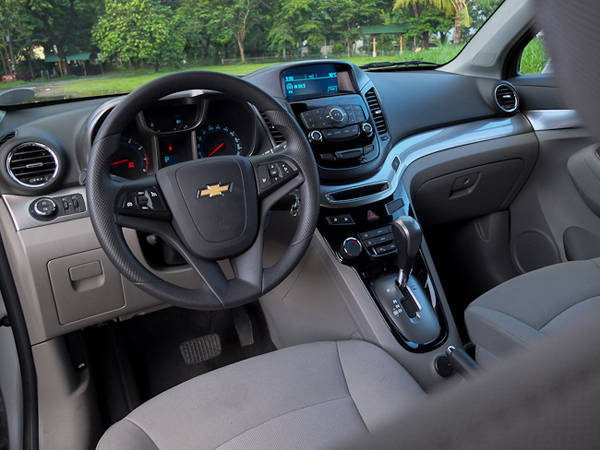 Inside, the Orlando makes a very compelling case for itself. You will know right away that a lot of effort was put into design and quality. Based on the cabin alone, we actually thought this Chevrolet MPV was more expensive than it actually is.

The plastic on the dashboard and doors feels solid and premium; the second- and third-row seats are raised theater-style to give passengers a better view; and the size is Goldilocks-right. It's roomy enough for a small family to go out of town with. However, using all seven seats will leave little room for cargo. 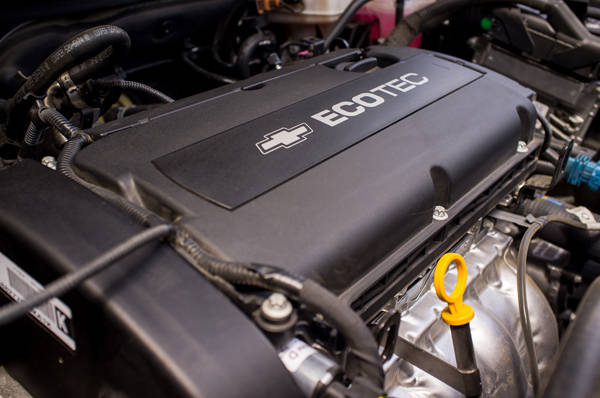 The 139hp coming from the 1.8-liter gasoline engine may sound like decent power, but when hauling an MPV with six passengers (although seven can fit), its limits are quickly reached. Forget quick acceleration and high-speed runs. The Orlando has most of its useful power in the mid-range. RPM-wise, try to keep the needle in the 3,800rpm range where most of the 176Nm torque is.

During long drives on the expressway, the Chevy can reach the usual cruising speeds of around 100kph. But past the three-digit figure, the engine will protest, the objection having nothing to do with you breaking the expressway's speed limit.

The Cruze, which shares its platform with the Orlando, has a diesel engine. And so do the Euro variants (with six-speed manuals!). Our advice? Put a diesel mill in the Orlando. 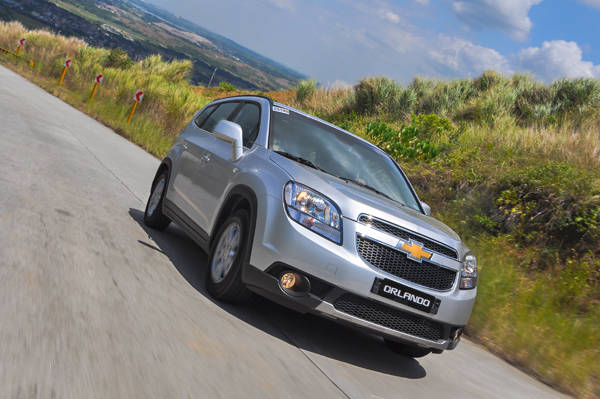 Because of its compact-car roots, the Orlando has relatively small physical dimensions for an MPV. This makes it maneuverable and easy to park. And in most situations, the suspension can soak up typical Third World road imperfections.

But this is a chassis that doesn't want to be hurried. It will get you to your destination in relative ease. Just don't expect it to dart in and out of traffic when you're in a rush. Of course, this doesn't detract from the Orlando's ability to haul people. Easygoing dads will like the cruise-control feature. 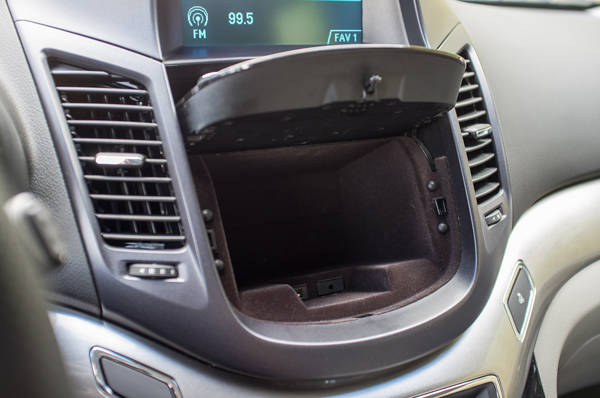 The Orlando has something that--to our vast but finite car knowledge--nothing else on the market has: It has a hidden compartment behind its multimedia controls. The only clue to the uninformed is a tiny grooved grip that allows the driver to push up, revealing the secret storage big enough for small semi-valuable items like sunglasses, mobile phones, digital music players, and cameras. Nonetheless, we discourage leaving valuables in any car. This hidden compartment is also to minimize clutter, letting you access your music with your iPod stowed securely inside while connected to the audio system.

The fine touch of TCCCI's product-planning division can be seen in the Orlando. Based on specs, features and choice of materials, the Chevy MPV gives the impression that its price tag should be higher--but just a little.

The Orlando straddles the line between utility and design. Or to put it more clearly, it's something you can use to transport the whole family, but it wouldn't look too out of place pulling up at a five-star hotel lobby. Try doing that with an Innova. That might sound like a harsh comparison, but we think Toyota won't mind because it's laughing all the way to the bank with the number of Innovas it sells.

For those in the market for a handsome, comfortable and well-equipped MPV, the Orlando is hard to beat with its price and package. 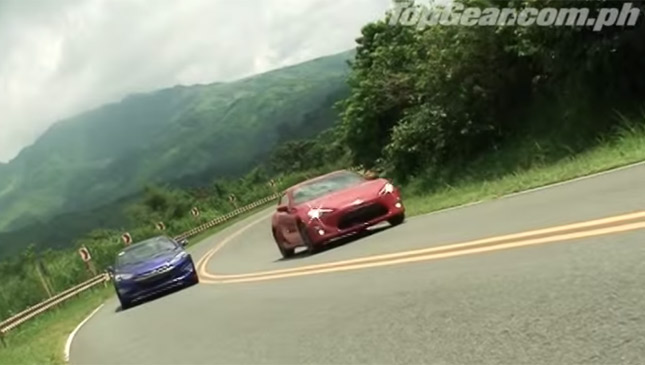 Video: Hyundai Genesis Coupe vs Toyota 86
View other articles about:
Read the Story →
This article originally appeared on Topgear.com. Minor edits have been made by the TopGear.com.ph editors.
Share:
Retake this Poll
Quiz Results
Share:
Take this Quiz Again
TGP Rating:
/20