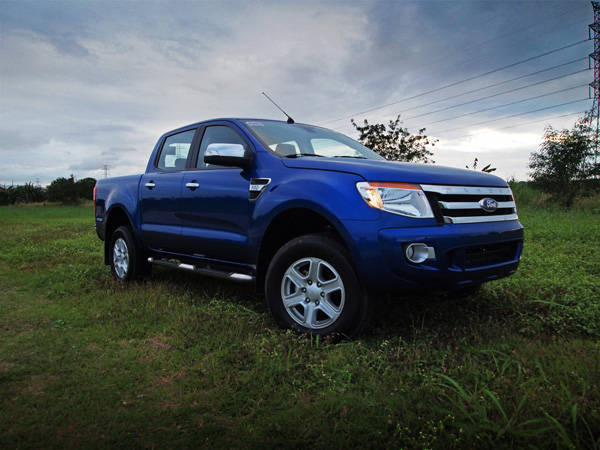 The old Ranger was a veritable workhorse, no doubt about it. Torquey motors, excellent off-road credentials and reputation for flood-worthiness gave it a true "go anywhere" sensibility. This tough mother-trucker built up a dedicated following over the years, but never quite caught on with the lifestyle set.

While the new T6 adds a lot more sex appeal and legroom to the Ranger formula, most people seem fixated on the amazing 800mm wading capability. Still, catastrophic floods don't happen every day. Let's see if the rest of the package measures up. 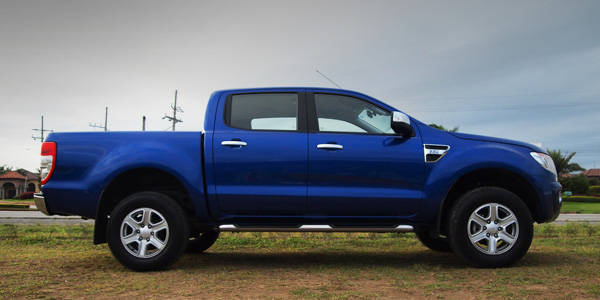 Despite the futuristic styling, the Ranger is still very brick-like. Even with a swept-back roofline and rounded corners, the 0.40 coefficient of drag trails the rest of the class. It certainly stands out, though. Parked next to an SUV or another pickup, it looks huge. It is the tallest in its class. It is so long that it barely fits in standard parking spaces. If you're conscious about your size--or lack of it--this probably isn't the truck for you. 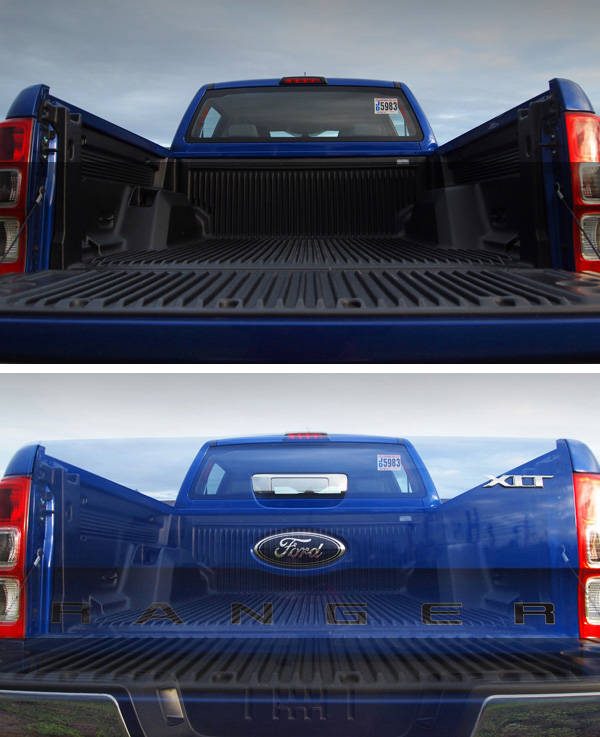 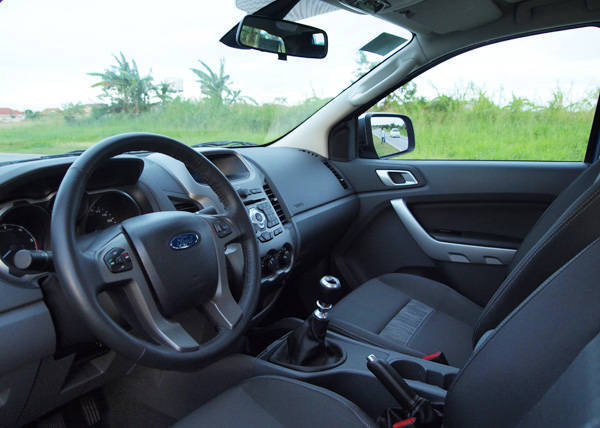 Given the workmanlike personality of the Ranger, the interior is surprisingly modern. The pebbly gray plastics possess a wash-and-wear simplicity, yet fit and finish are superb. The cabin is filled with useful storage niches, including utility bins under the rear seat. Seats are comfortable, and the driver gets adjustable lumbar support as standard. The biggest-in-class wheelbase leads to biggest-in-class rear legroom, and the rear seatbacks have a decent amount of recline to boot. The deeply cowled instrument cluster, sporty steering wheel, and lovely shifter seem more suited for a sports sedan than a truck, but I'm not one to complain. 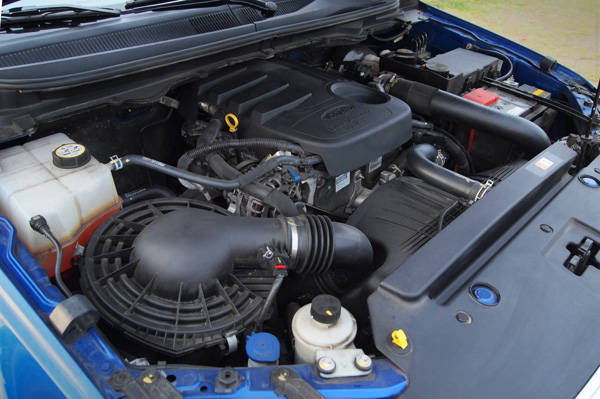 On paper, the new 2.2-liter motor makes much more power than the old 2.5, but it takes a lot of rowing through the gears to get at it. While peak torque comes in at 1,500rpm, there's a bit of lag and the engine strains at low rpms. The long-throw shift action and clutch are a bit balky, but that's about par for the class. In-city economy ranges from 8-10km/L, but a long sixth gear allows you to trickle along at just above idle at 80kph, allowing for 14-16km/L on our hilly SLEX test route. 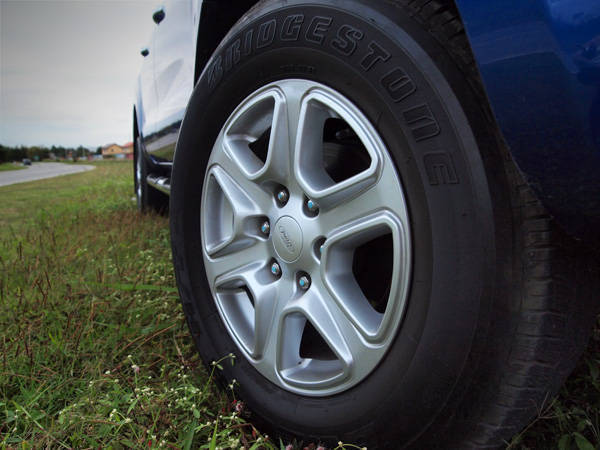 The Ranger has always been a fantastic truck to drive, and this one remains true to form. While the asthmatic wheezing of the engine past 4,000rpm keeps it from being a true stormer, the T6 manages to handle better than the competition. It corners flat and tracks true, with responsive steering and decent ABS-equipped brakes. Unfortunately, the Ranger's 1.27-ton load rating and flood-worthy ride height make for a choppy unladen ride at low speeds. While it's certainly capable over rough ground, I'd trade some of that load capacity for a softer ride. 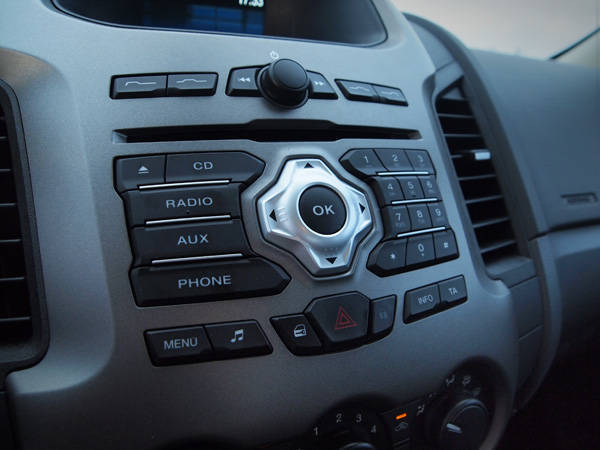 The manual XLT comes equipped with Ford's now ubiquitous Bluetooth hands-free connectivity, but the sound quality of the stereo system is a bit disappointing compared to most other Fords, which have fantastic stock systems. This one is merely okay. A nice nod to utility is the deep, rubber-lined console bin to hold your MP3 player or smartphone, with conveniently located USB/auxiliary ports and two 12V outlets. The lack of backing-up sensors is the biggest issue here. The extra-large side mirrors certainly help while parking, but the tall tailgate hides everything--from grade-school children to medium-size SUVs.

The Ranger takes the one-ton pickup class to a whole new level. It pushes the boundaries so far that it's purposely excluded from Ford's US lineup, simply to preserve the F-150's status as the best-selling vehicle in America. Elsewhere, it's a hit, with Ford barely able to keep up with demand.

The handy and versatile Ford Ranger 2.2 XLT 4x2 MT might be the only truck you will ever need, come hell or high water. But why settle for less? While there's a waiting list for the 4x2 XLT AT, the extra convenience of that smooth-shifting automatic is certainly worth the wait.

Review: Honda CR-V 2.4 SX
View other articles about:
Read the Story →
This article originally appeared on Topgear.com. Minor edits have been made by the TopGear.com.ph editors.
Share:
Retake this Poll
Quiz Results
Share:
Take this Quiz Again
TGP Rating:
/20