The game remains the same 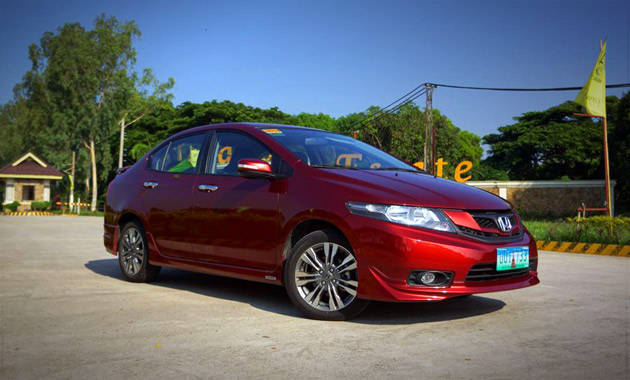 The new Honda City's tagline, "Forever Change the Rules," is kind of ironic, considering this is merely a facelift. Then again, the GD-platform City really did change the rules of the game back in 2002, setting a standard for space and utility that the competition is only now approaching. The current GM-platform model doesn't stray from the formula, and doesn't really need to. It is still at the sharp end of the class when it comes to on-paper specs. But how does that play out in the real world? And is the new Modulo Sport styling kit worth the extra cash? 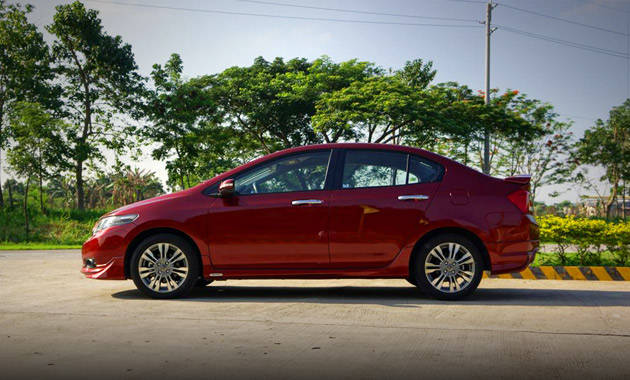 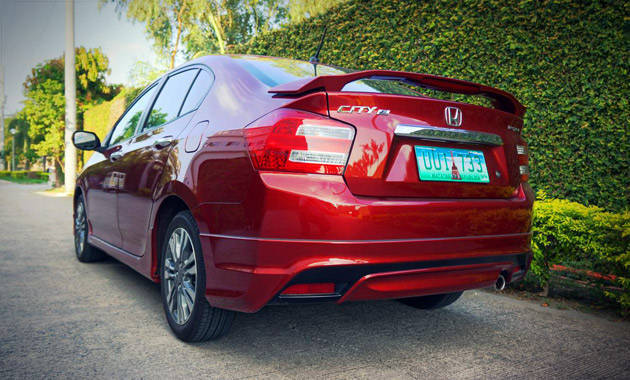 The previous GD City was often derided for its cockroach-like proportions. The current car fixes this by pulling back the windshield and squaring off the trunk for a sportier shape. While this entails compromises like the redundant plastic trim at the base of the A-pillar and the awkward rear quarter-panel, the design looks great.

The Modulo kit--and that rear spoiler in particular--looks fantastic. The handlebar moustache grille is a bit over-the-top, but it's less fussy than the standard item. The new, eye-catching Carnelian Red paint is absolutely stunning, setting off the smoked lights and 16-inch alloys perfectly. 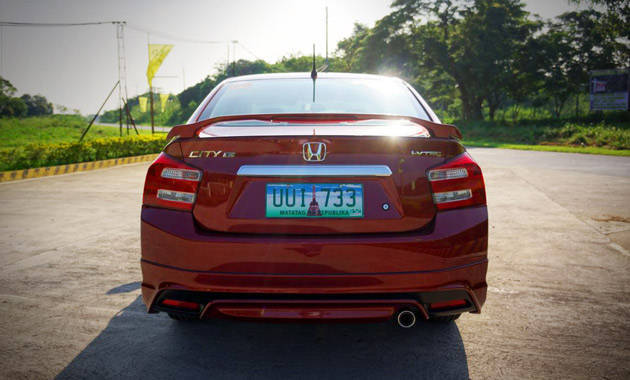 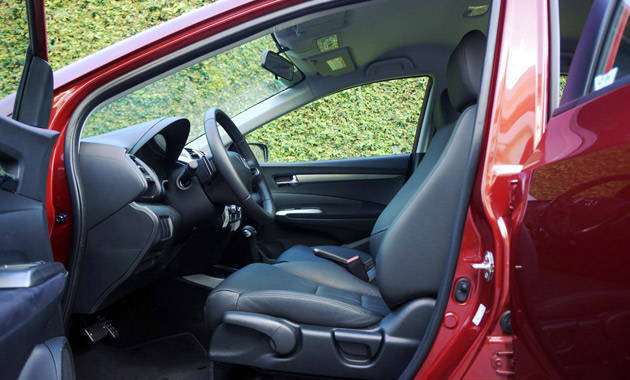 Despite its age, the City's cabin is still a showcase of clever design. In true Honda fashion, the doors swing out nearly 90 degrees for easy ingress. Inside, tilt-and-telescoping steering and easy-to-reach secondary controls make for great ergonomics. The innovative mid-mounted gas tank allows the cabin to stretch over the rear axle, resulting in legroom second only to the new Nissan Almera.

Dark chrome trim and restrained chrome accents give an upscale feel, although the LED-lit stepboards are downright funky. Honda claims the leather seats are first-in-class, but the leather-equipped Ford Fiesta Sport Plus might beg to differ. 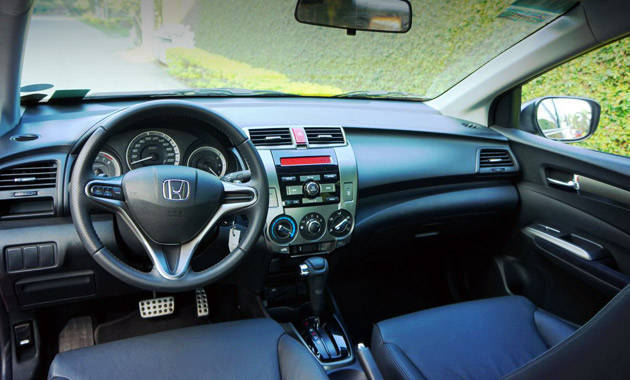 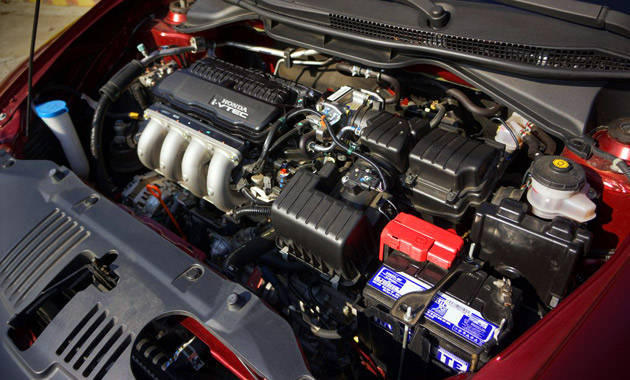 The 1.5 iVTEC motor is strong, but sounds coarse and needs to be revved hard to deliver its full potential. The five-speed automatic is mated to responsive paddle-shifters, but does a decent job of shifting itself. There's a noticeable gap between the first and second gears, but the rest of the ratios feel just about right.

Fuel economy beats some of the 1.4-liter cars at 7-8km/L for city driving, 12-14km/L mixed and 14-18km/L highway. While economy varies with driving style, the new "Eco" light helps you maximize fuel savings, blinking away in your peripheral vision when you're doing it right. 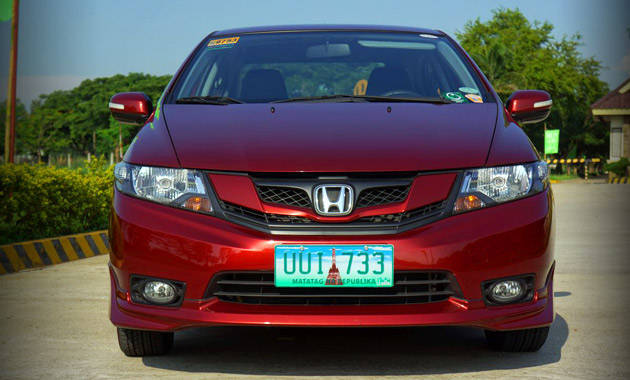 The City, in 1.5-liter form, has always been fun to drive. The steering is light and precise, and the car corners flat despite some initial body roll. The 185/55 R16 Bridgestone Turanzas are a good upgrade versus the old Goodyear GT3s. They're grippier and quieter, if a bit stiff over sharp bumps. That's a good thing because the City's noise isolation still isn't the best around.

As the name suggests, this sedan is perfectly suited for urban driving--maneuverable, agile and compact. The only demerit here is the lack of backing-up sensors, which aren't really necessary on a car this small. 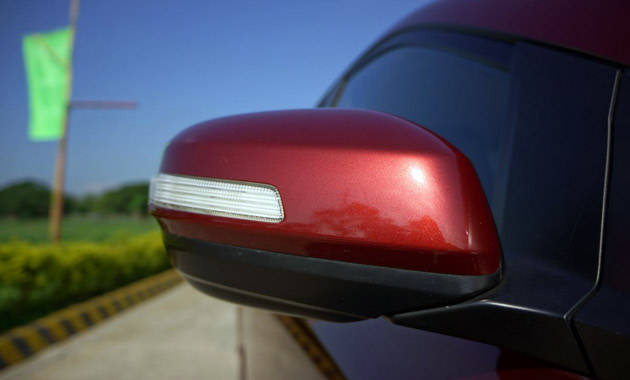 All City sedans get a USB/auxiliary-equipped integrated head unit. It sounds good, but suffers from limited dynamic range. After that, things get confusing.

The Honda City may not be the newest subcompact in our market right now, but a five-star NCAP crash rating and Isofix are huge points in its favor. While only the ENC gets VSA, the rest still have excellent crash safety and equipment.

Unfortunately, the optional Modulo Sport kit raises the price to where the Civic itself becomes a viable alternative. But even without it, the leatheriffic EL's blend of space, luxury and power makes it feel like a mini-Civic. Better yet, it possesses some of that sporting spirit that the Civic no longer has. The players may change, but the game goes on.