Does it still excite with less features?
by Niky Tamayo | May 12, 2018
Toyota Corolla Articles
Feature Article 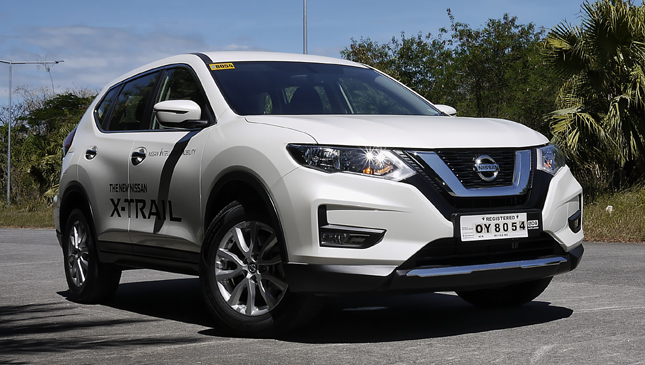 The new Nissan X-Trail has been updated with a little more style and a lot more acronym-heavy safety tech. But most of those fancy new bells and whistles are on the all-wheel drive model. If you strip away all the extra features you get with the P300,000 higher price tag, does the 'base' X-Trail still excite? 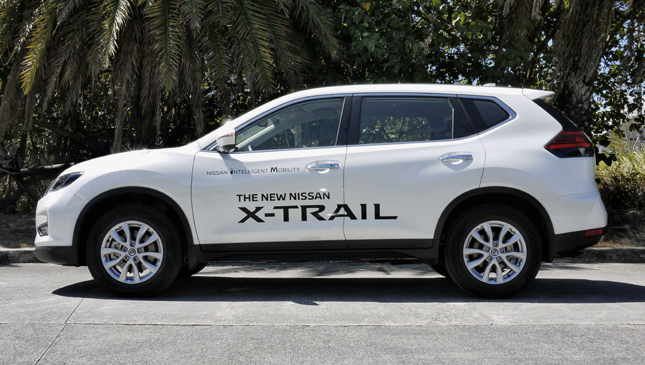 This is one of the class big boys, and looks it. At first glance, the X-Trail looks almost as big as a PPV—pick-up passenger vehicle—and sits somewhere between your traditional crossover and the PPVs in size. It's an attractive shape, and those flared wheelarches and subtly muscular flanks have aged well.

The recent redesign manages to spruce up the looks without changing any of the sheet metal. While black eyeliner around the lights is an obvious facelift ploy, the more aggressive grille and bumper treatment really do help freshen up the X-Trail's looks. The new wheels, on the other hand, are a wash. The 17-inch alloys aren't unattractive, but they look nearly identical to the old ones. 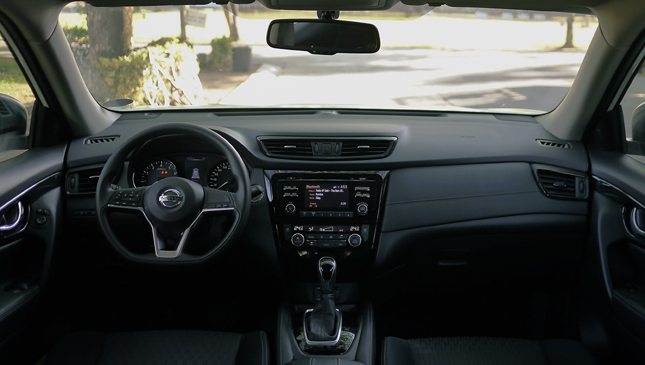 While there's no leather on the seats, the X-Trail has quite a bit of soft-touch material scattered around the cabin, with nice swatches of stitched leatherette on the dash, armrests and center console. The overall look is clean, sleek and unfussy, if a bit dark, with a few bits of carbon fiber-patterned appliques and brushed aluminum to spice things up.

Cabin space is excellent, as you'd expect from a car with the longest wheelbase in its class–at 2,705mm, it trumps all comers—and ergonomics in the first two rows are excellent. Thankfully, Nissan has traded up the mouse fur seat fabric for a more durable synthetic.

The seats themselves provide ample side and thigh bolsters. The second row also slides far back enough for six footers to cross their legs. Sadly, the third row feels like more of a gimmick than anything else. You have to slide both the first and second row forward to get any usable legroom back there. And to ensure a "flat floor" with the seats folded, the loading floor is notably slanted. An issue if you're loading stuff that tends to roll around. 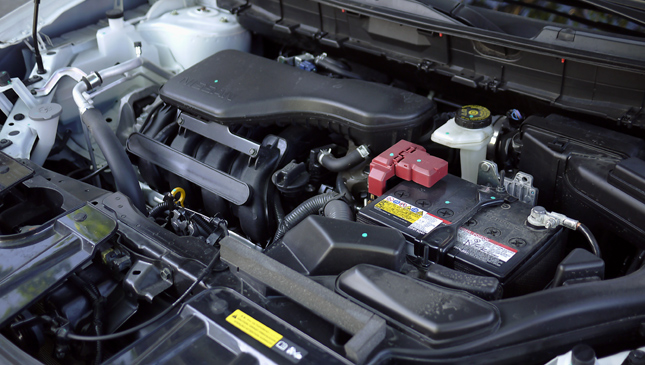 Sadly, we still don't get the 2.0-liter diesel available elsewhere, or even the direct injection version of the venerable MR20DE under the hood of the local X-Trail. But the 142hp mill—with an extra three horses after the facelift—does the job. It's no speed demon, but thanks to the continuously variable transmission, it acquits itself well in everyday use.

Fuel economy in traffic was so-so over the course of the week, as we had the blowers going full blast in the rear seat due to the summer heat. But considering this unit has only 2,000km on the odometer, that's to be expected. Highway economy hovered around 16+km/L at a sedate 80kph, aided by the ultra-long cruising ratio of the CVT, which had the engine spinning at around a mere 1,500 rpm at 80kph. As we got 18-19km/L in its predecessor, we expect those numbers to get better once the engine is broken in and the weather cools down a bit. 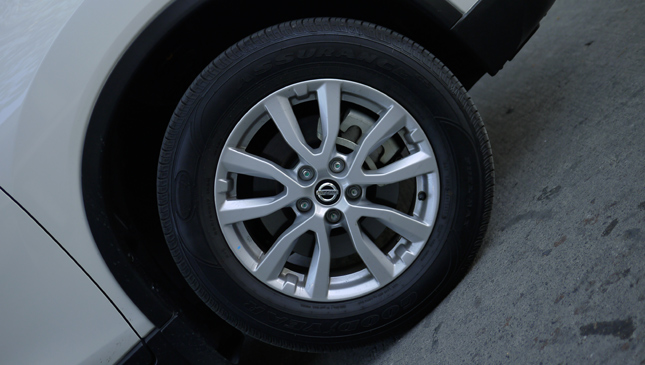 Grab the sporty flat-bottomed tiller, slot the shifter into the obligatory +/- gate, point the X-Trail down a twisty road and you'll find that the X-Trail is, er, perfectly comfortable and sedate. There's stability control, but it hardly feels necessary on a vehicle like this. While blessed with respectable handling and stability for its size, the smaller engine and wheels on this front-drive variant don't make for much excitement.

Goodyear Assurance tires provide decent grip and quietness on most types of roads, and the steering is steady, if a bit numb. The control inputs make for relaxed driving, without the jumpiness on the brakes or accelerator that you can get in 'sportier' crossovers. Cross-traffic and blind spot alert systems make navigation through traffic less stressful, even if the rest of the Intelligent Mobility wizardry of the premium variant is lacking here. 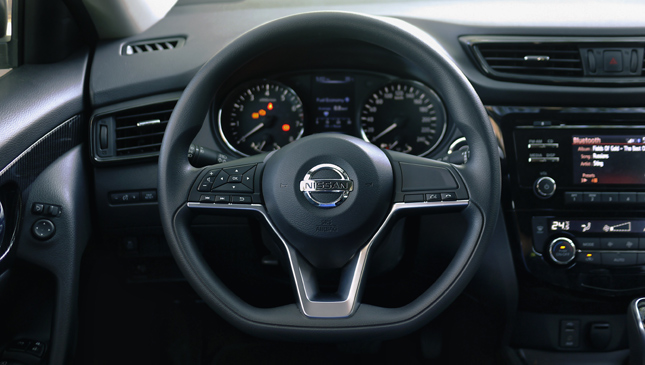 Aside from the lack of fancy driver assists and leather, there isn't much to differentiate the FWD X-Trail from the AWD on the inside. You still get the same dual-zone HVAC system with rear air vents—a particularly welcome feature given the summer heat—and the same Bluetooth-equipped 5-inch infotainment system, sans 360-degree parking camera. There are two less speakers here—four instead of six—but while the high notes are noticeably less crisp, it's not a big issue. An automatic tailgate would be nice, though, as the hatch is a bit on the heavy side. 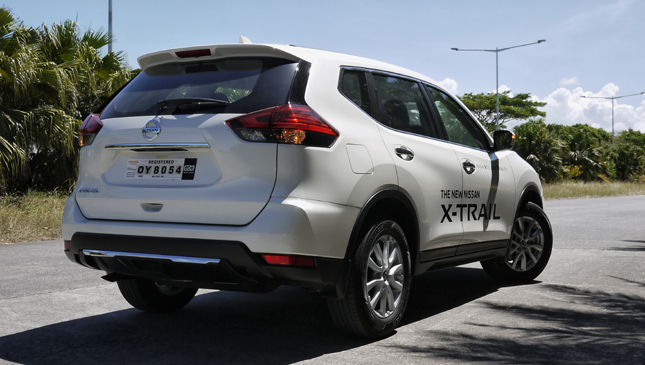 While not as technologically impressive as the AWD version, the 'base' X-Trail is a suitably attractive package for the price. Especially considering the space and refinement. And while it doesn't deliver adrenaline-pumping action to go along with the sporty looks, it makes for a fantastic family hauler for those who need just a little more space than your common crossover. 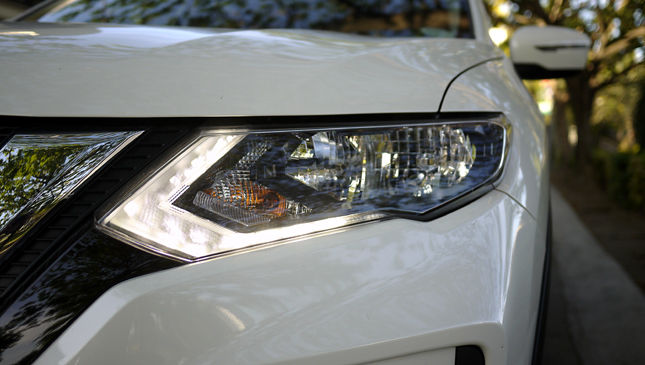 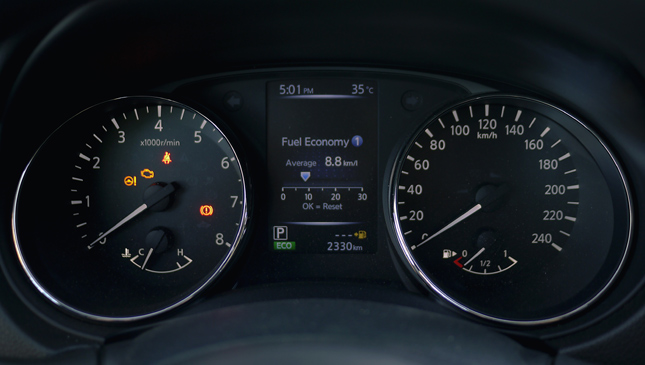 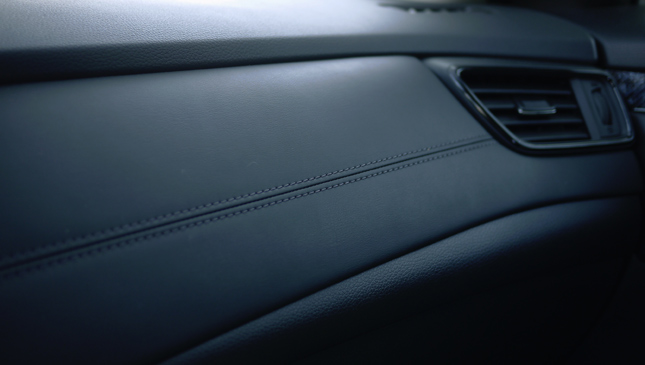 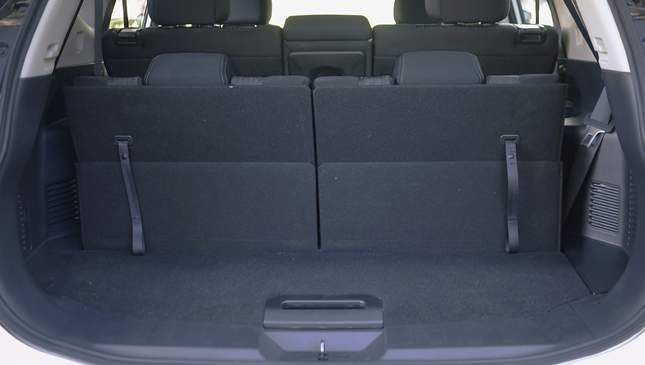 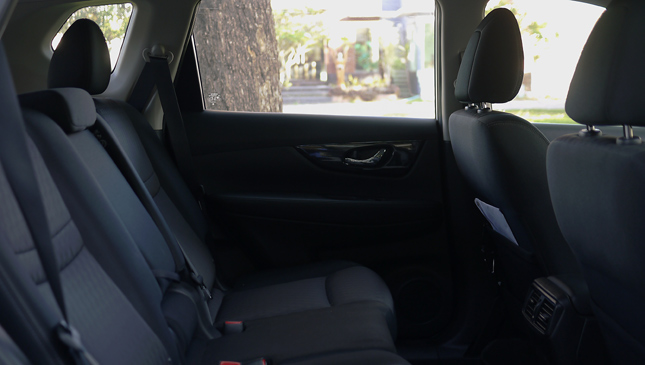 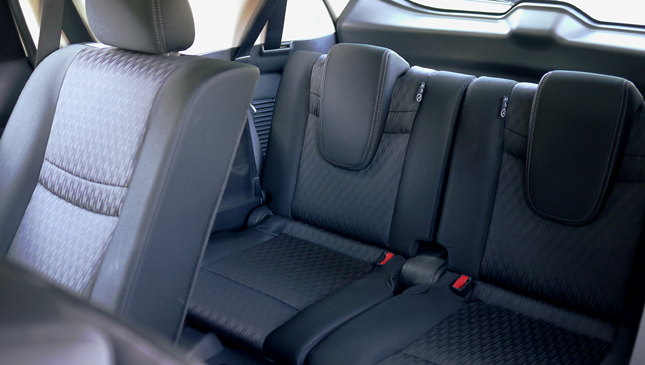 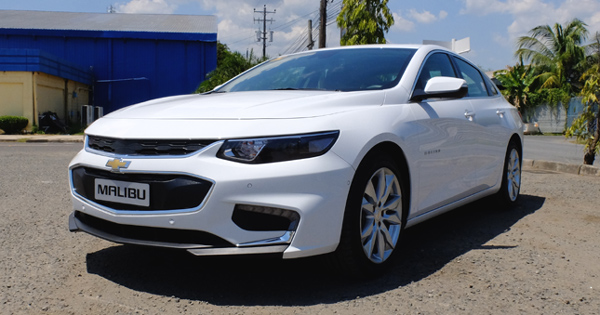