The best of both practicality and performance
by Jason Dela Cruz | Mar 18, 2014
CAR BRANDS IN THIS ARTICLE 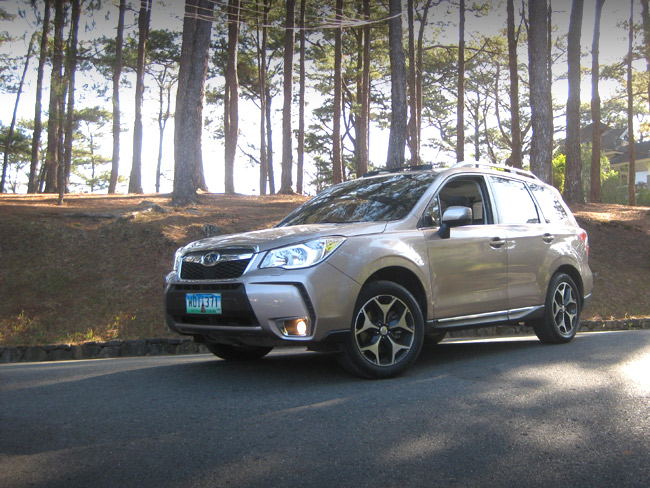 As we mature, so does our taste in cars. Well, sort of. While we continue to dream of having a three-lettered Subie, whether it's an STI or a BRZ, priorities dictate otherwise. That usually means having to dump performance for practicality. That isn't necessarily the case with the Forester XT. 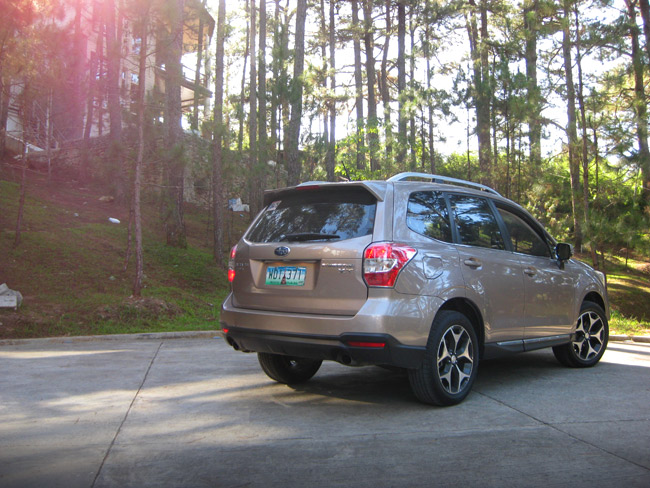 Since ditching the wagon treatment and becoming a CUV starting with the previous generation, the Forester has found its niche. The smart money was on moderate change with the response to its styling. The silhouette is virtually the same as the previous model's apart from a more pronounced character line running along the front fender to the taillights.

Highly noticeable are those 18-inch black-and-polished-silver alloys. They simply give the XT presence, and you often come across a conversation about it. The biggest change is at the front: Gone is the prominent scoop to give the driver a better view. Air now passes through the upper portion of the split-grille. A slit on each side of the bumper distinguishes the turbo from the normally aspirated variant, and gives it a wider appearance. The trunk lid is chunkier combined with slightly redesigned taillights. 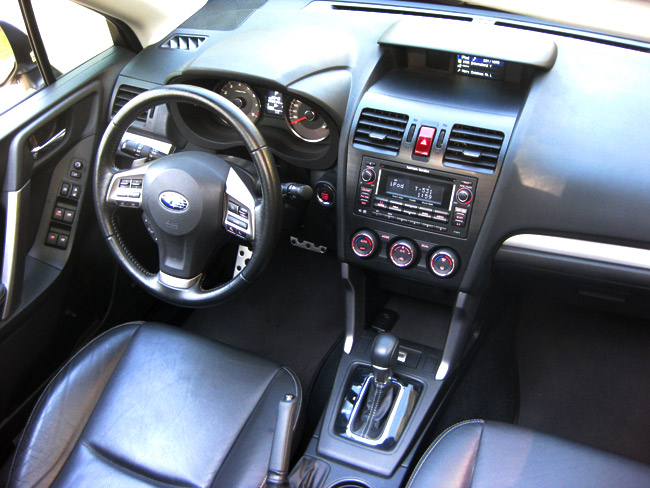 It's typical Subaru in here--the fit and the finish feel premium. Leather and soft-touch materials abound, and brushed aluminum accents lift the cabin. The gauges with the customary revolution upon start-up and the rotary knobs are a dead giveaway of the vehicle's brand. A feature that seems to be becoming standard in Subarus is the multifunction display that illustrates instant fuel consumption and traction on each wheel.

The power-adjustable driver seat offers a good driving experience. Adding to this experience is the exceptional visibility, care of the slim A-pillars and large windshield and windows. The Forester's increased dimensions also mean improved rear legroom and luggage space. 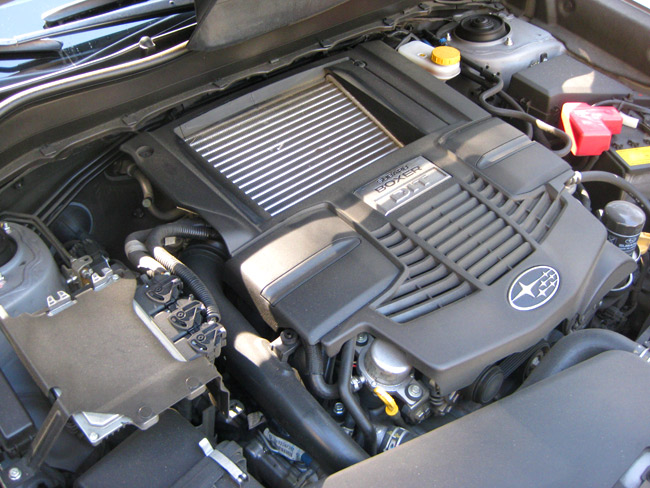 Displacement is 500cc less than the previous generation's, but the new direct-injection turbo flat-four yields better fuel economy: 11-12.8km/L on the highway and 9.6km/L when we pushed it harder.

The XT's throttle is responsive. So responsive, in fact, that you learn to feather it because it surges with just a tap. But at the same time, you're keen to give it more because of the power it possesses. Transmission is continuously variable with paddles--a good change from the previous four-speed auto, particularly for improved consumption. There's drive mode, and putting it to Sport gives you two more gears (eight in total).

Steering is a balance between soft and firm, and it's weighted--a reflection that Subaru wants the Forester to be comfortable and easy to drive while being sporty and fun. The ride is firm, backing that spirited character. Attack a corner aggressively, however, and the XT becomes wobbly, which is to be expected. After all, it's intended to be a family-hauler, so comfort can't be compromised too much for stiffness.

Acceleration is a zilch. It'll eat a stretch in no time. There's hardly a trace of turbo lag. In fact, no other car in its class can match its low-end torque. The CVT rewards drivers with a smooth right foot--it's the best way to keep the transmission from bogging down. 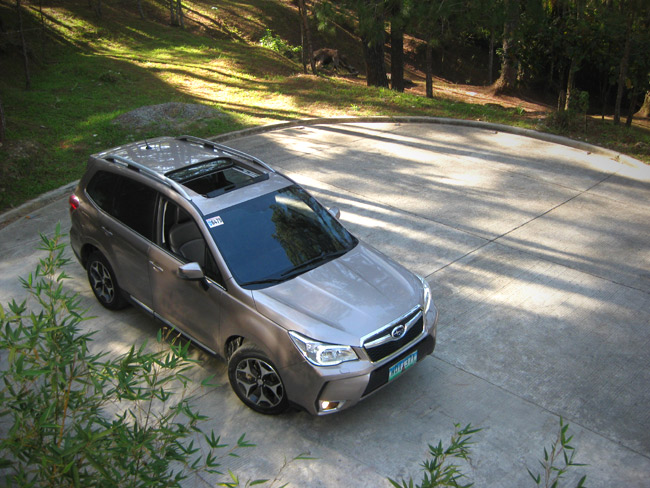 This Subie has a lot of tricks when it comes to features. The best bits are a start/stop system, a Harman/Kardon audio system, a large sunroof you'll want to use whenever you can, reverse camera, and a power tailgate.

All-wheel drive and pace are the strongest selling points of the Forester XT, and what make it a unique proposition. It offers the best of both practicality and performance. Not many vehicles can strike that balance.