Blast from the past: Jaguar XJ220

The fastest production Jag ever
Feb 2, 2012
CAR BRANDS IN THIS ARTICLE

What's the fastest production car ever produced by Jaguar? If the XK or the XJ crossed your mind, you're wrong. The correct answer, of course, is the XJ220, a short-lived sports car made by the British automaker from 1992 to 1994. We're featuring it here now to commemorate the 10th anniversary of its market launch.

When it was launched in 1992, the XJ220 had the highest maximum speed of any production car at 343kph. It was constructed using advanced aluminum honeycomb, and weighed just 1,470kg. Originally conceived as a concept car by designer Keith Helfet, the XJ220 eventually debuted at the 1988 British Motor Show. The car was signed off for production in December 1989 with TWR selected as Jaguar's partner for the project.

The XJ220 was powered by a 3.5-liter, twin turbo V6, a five-speed gearbox and an AP Racing twin-plate clutch channeling its drive to the 18-inch Speedline rear wheels shod in specially developed 345/35 Bridgestone Expedia tires. This cat produced 542hp and 644Nm of torque that allowed it to accelerate to 100kph in under four seconds. Braking was supplied by a set of AP Racing discs and four-pot calipers.

Built by hand in a then all-new factory in Bloxham, Oxfordshire, prototype 001 was completed in 1990, while car 002 achieved 300kph at Bruntingthorpe in September of the same year. The first customer car was completed in June 1992 with a retail price of £470,000.

Jaguar ceased the XJ220's production in 1994, by which time 275 units had been built--and its legend, cemented. 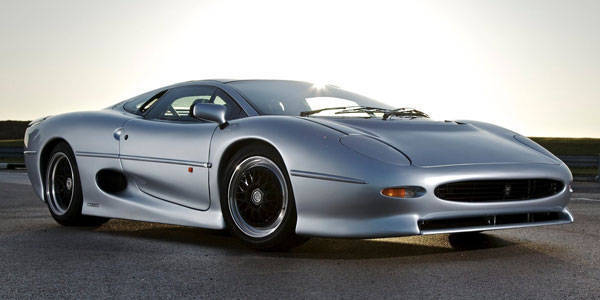 What is the best car-door design ever?
View other articles about:
Recommended Videos
Read the Story →
This article originally appeared on Topgear.com. Minor edits have been made by the TopGear.com.ph editors.
Share:
Retake this Poll
Quiz Results
Share:
Take this Quiz Again
TGP Rating:
/20