A car and a motorbike get into an accident. Who will be accountable?

If a car and a motorcycle figure in an accident, is the driver of the larger vehicle automatically accountable, even if the rider is clearly at fault?

The driver of the larger vehicle is not automatically at fault or accountable to the motorcycle rider. There is no conclusive or disputable presumption under Philippine law for such an assertion. Ultimately, the rights and the liabilities of the parties will depend upon the circumstances and the quality of evidence available.

It is doubtful that a situation can arise that “the rider is clearly at fault.” The determination of fault is best left to the discretion of experts and the authorities, like the police, prosecutors and judges. However, the parties may amicably settle the matter and agree upon the extent of liability of each one to the accident. The motorist is nevertheless responsible for making sure that proper medical attention is promptly given to any physical injuries of the rider.

Our law and jurisprudence provide only a few disputable presumptions relating to motor-vehicle accidents. The civil code provides the following presumptions:

1) unless there is proof to the contrary, it is presumed that a person driving a motor vehicle has been negligent if, at the time of the mishap, he was violating any traffic regulation (Article 2185); and

2) it is disputably presumed that a driver was negligent, if he had been found guilty of reckless driving or of violating traffic regulations at least twice within the next preceding two months (Article 2184).

"In the event that a motorist figures in an accident with a rider and although the motorist firmly believes that the rider is 'clearly at fault,' the motorist has the legal duty to stop immediately."

Meanwhile, in three previous rulings, the Supreme Court has promulgated the following presumptions:

1) the doctrine of last clear chance, which provides that where both parties are negligent but the negligent act of one is appreciably later than that of the other, or where it is impossible to determine whose fault or negligence caused the loss, the one who had the last clear opportunity to avoid the loss but failed to do so is chargeable with the loss;

2) the doctrine or rule of evidence of res ipsa loquitur (or “the thing speaks for itself ” in Latin), arises only if the thing that had caused the incident was under the defendant’s control, the incident could happen only as a result of a careless act, and the plaintiff’s behavior did not contribute to the incident; and

3) that drivers of vehicles who bump the rear of another vehicle are presumed to be the cause of the accident, unless contradicted by other evidence.

A presumption is defined as an inference as to the existence of a fact not actually known, arising from its usual connection with another which is known, or from a conjecture based on past experience as to what course human affairs ordinarily take.

Evidence can take the form of physical proof, photos or videos taken during or after the incident, or testimonies from those who may have witnessed the incident firsthand.

The assertion in the foregoing question that in a vehicular accident, the driver of the larger vehicle is at fault and accountable, is not a legal presumption; at most, it is simply an argument.

In the event that a motorist figures in an accident with a rider and although the motorist firmly believes that the rider is “clearly at fault,” the motorist has the legal duty to stop immediately. If requested by any person at the scene of the accident, the driver also has the legal duty to show his driver’s license, give his true name and his address, and also provide the true name and the address of the owner of the motor vehicle, as stipulated by the Land Transportation and Traffic code.

1) if he or she is in imminent danger of being seriously harmed by any person or persons by reason of the accident;

2) if he or she reports the accident to the nearest officer of the law; or

3) if he has to summon a physician or a nurse to aid the victim.

If the motorist fails to help or render assistance to his wounded or injured victim, the motorist shall be criminally liable for the crime of “abandonment of one’s own victim” and shall be—as prescribed by Article 275 of the Revised Penal code—punished with imprisonment. A “hit and run” is a crime on top of the reckless imprudence resulting in injury or death to person and damage to property. 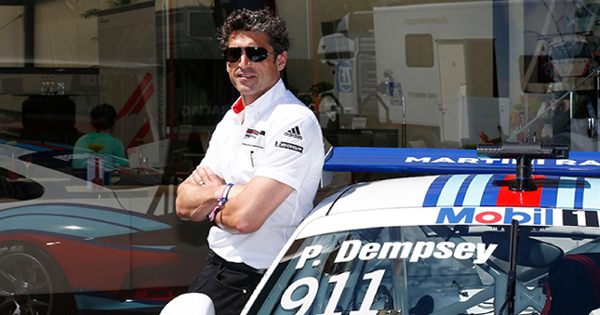 Did you know that these 5 actors were real race car drivers?
View other articles about:
Read the Story →
This article originally appeared on Topgear.com. Minor edits have been made by the TopGear.com.ph editors.
Share:
Retake this Poll
Quiz Results
Share:
Take this Quiz Again
TGP Rating:
/20